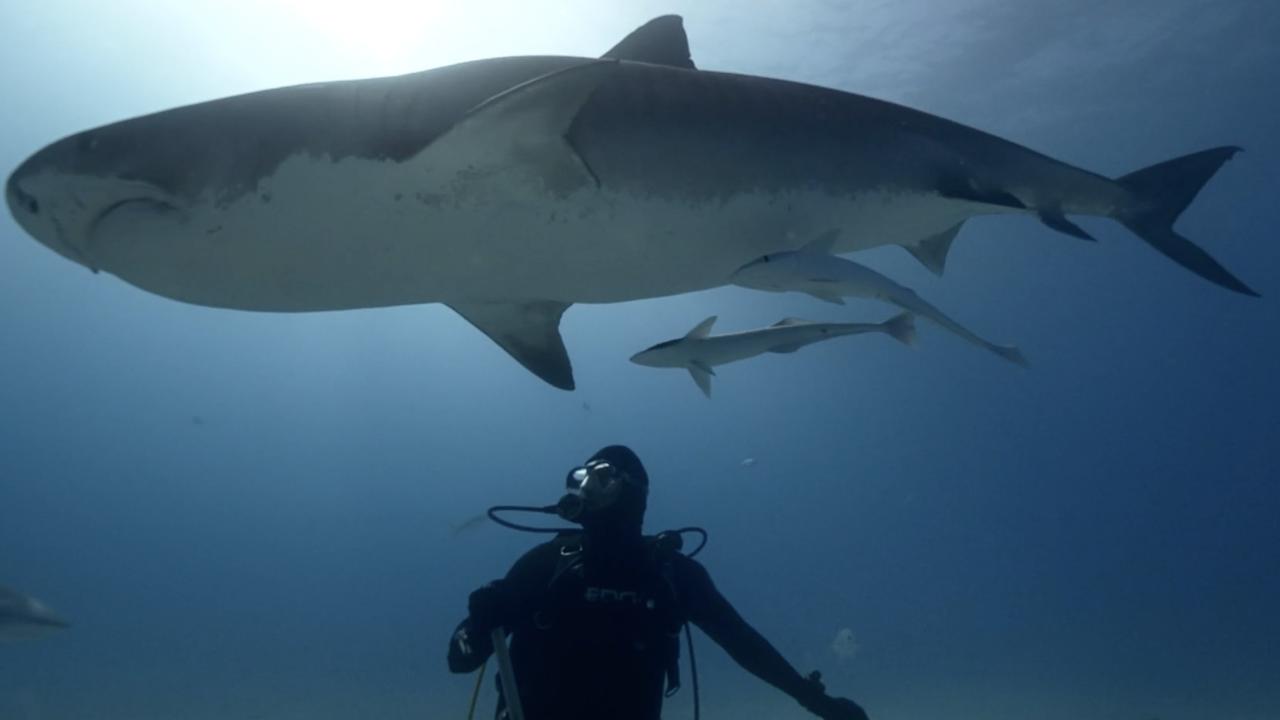 Tiger and great white sharks have had a growth spurt thanks to protective no-fishing zones, researchers say. Picture: supplied

Shark species have been growing to an enormous size after taking advantage of protective no-fishing zones to gorge* on more prey, researchers say.

Tiger sharks about a third longer than usual have been seen in the South Pacific, while great white sharks are reaching 6m, according to a new documentary*. Their size has been linked to greater legal protection of their declining* food sources, along with sanctuaries* to stop the sharks from being overfished.

The World Wide Fund for Nat­ure said 100 million sharks could be killed annually, often targeted for their fins. 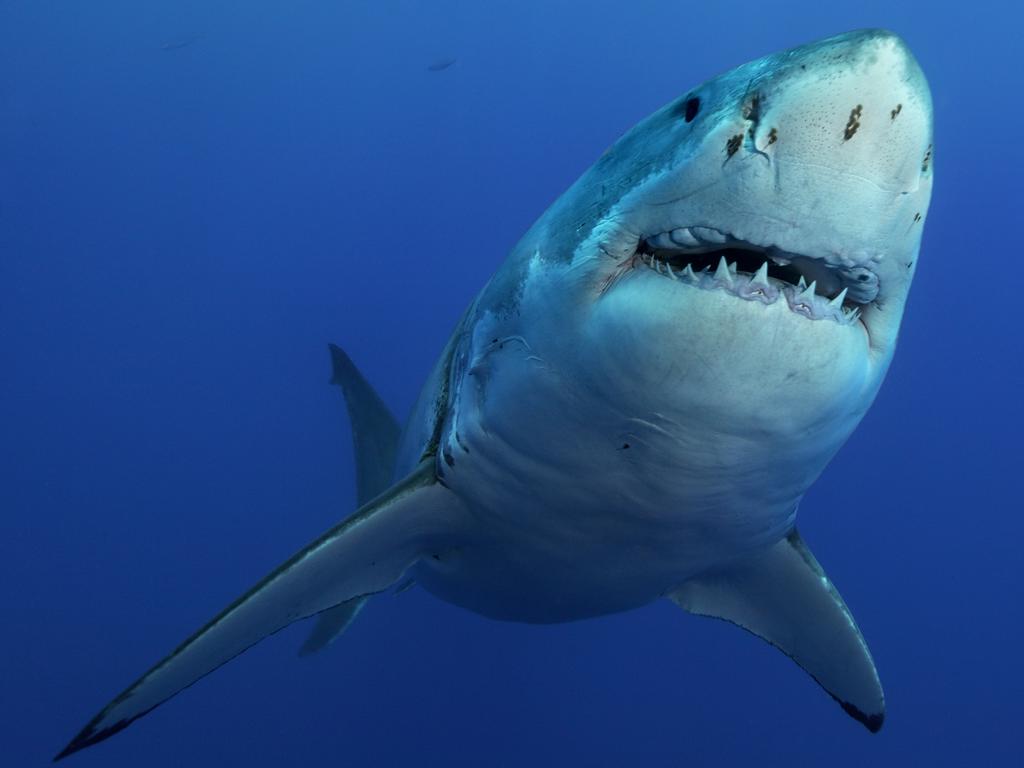 What sharp teeth you have: great white sharks may indeed have something to smile about as researchers say no fishing zones and laws protecting shark species have combined to create more favourable conditions for sharks to significantly increase in size. Picture: supplied

Tiger sharks – nicknamed the “dustbins of the sea” because of their voracious* appetite and willingness to eat almost anything, including human rubbish – are normally about 3.5m long. But marine biologist* and professional shark diver Kori Burkhardt, saw a tiger shark almost 5m long in French Polynesia, where one of the world’s biggest shark sanctuaries was created about a decade ago.

“I’ve been diving with tiger sharks in multiple countries and she’s by far the biggest I’ve ever seen,” Ms Burkhardt said. “It’s not just her length but her width as well. She can be 5m long but she’s 3m wide, including her fins. That’s insane.” Among the “mega-sharks” encountered* during filming of the National Geographic documentary Great White v Tiger Shark were also “two of the largest white sharks ever recorded in Hawaii”.

While female great whites are usually about 4-5m long, researchers saw 6m females in US waters.

Hawaii in January became the first US state to ban shark fishing and intentionally capturing, entangling* or killing sharks in state waters is banned.

Experts also attributed* the heftier* dimensions to the species hunting larger prey in packs, rather than in competition with each other and alone. 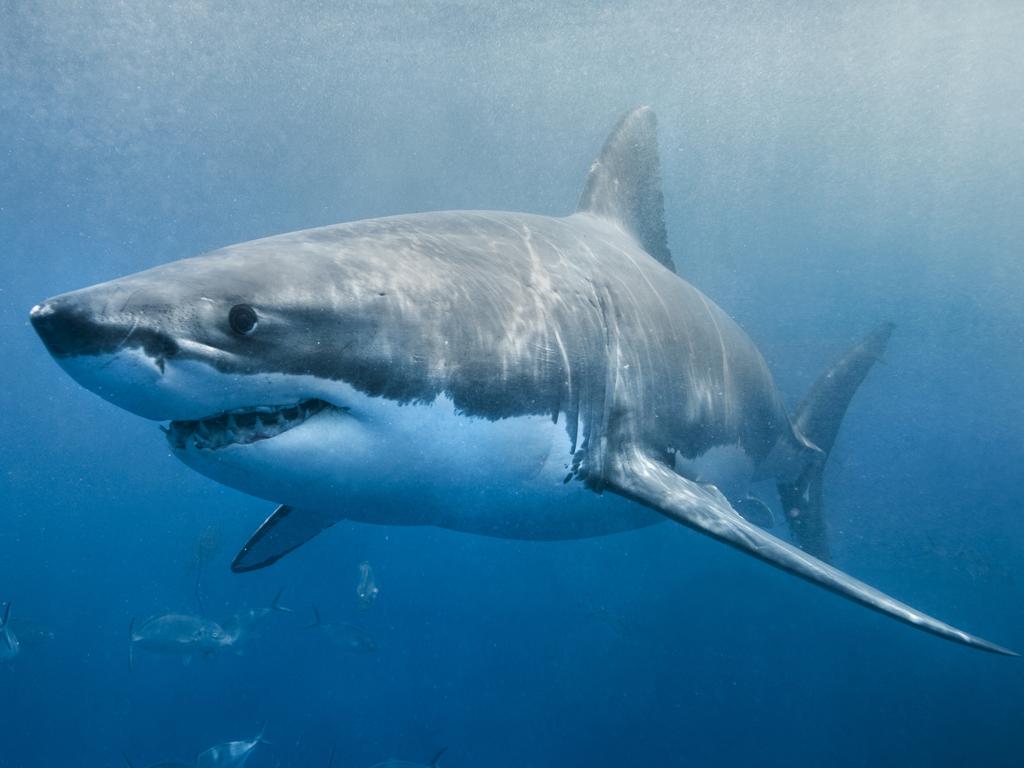 “That means those sharks must have been close enough in the vicinity* to detect the odour of that whale, and also it might mean these sharks are travelling together,” he said.

This story was originally published in The Times and is republished here with permission.

CLASSROOM ACTIVITIES
1. Mega sharks
The fact that sharks are growing in the zones where fishing has been banned and sharks are more legally protected is a good environmental outcome. However, could there be other ramifications to this that might be disadvantageous? Work with a partner to discuss what may happen in the future to these sharks?

2. Extension
Why do you think sharks are getting bigger and heavier because they may be hunting in packs rather than alone? How does working together help their cause?