Nine critically endangered and cute plains-wanderer chicks have hatched in a major win for the emergency effort to save the species.

There are fewer than 1000 mature plains-wanderers left in the wild.

This hatch, at Victoria’s Werribee Open Range Zoo, almost doubles the captive* population of the species, prompting the zoo to call it a world first and an “incredible conservation success story”.

In the wild, it is the father plains-wanderer who incubates* eggs and raises his chicks. The dad of some of these chicks is only four months old and first-time dads sometimes wander away before the 23-day incubation period is complete. Researchers don’t yet know why.

Because the species is so close to extinction, the zookeepers decided to step in and help.

“We give the birds every opportunity to incubate and hatch their own eggs, and one pair was successful in doing this,” said Werribee Open Range Zoo Threatened Species Keeper Yvette Pauligk.

“However, the other male was not displaying such encouraging behaviour. So, we moved the eggs to an artificial incubator. The unique genetics* of every single one of these birds is so precious.”

The incubator did the dad’s job for five tiny, speckled eggs. It created a warm and humid* environment and even rolled the eggs several times each day, just as the dad would in his nest. Some of the tiny, speckled eggs had to be kept in an incubator after the father wandered off. Picture: Zoos Victoria

When the eggs were ready to hatch — signalled by the birds breaking into the air sac* within the egg to take their first breath and call to their dad — they were carefully transferred into a brooder to continue breaking free of the eggshell. They stayed in the brooder for almost 12 hours to allow the sticky membrane* on their down* to dry.

The fluffy newborns were then moved into tubs with heat lamps and a feather duster standing in for dad so the chicks could snuggle in for the next three weeks. They will have then grown enough feathers to be able to keep themselves warm in outside enclosures at the zoo.

The plains-wanderer is Australia’s most important bird in terms of evolutionary* distinctiveness* and extinction risk. It is so genetically* distinct* there no other birds like it in the world. An adult plains-wanderer in the wild. Picture: Lachlan Hall/Bush Heritage

“Genetically speaking, they are listed as the fourth most important species worldwide, and the first most important in Australia in evolutionary distinctiveness and extinction risk. To lose such an ancient, unique species would be completely devastating,” Ms Pauligk said.

The March 19 and 20 hatch was the second successful hatch for the zoo. Four chicks hatched at the zoo last November.

VIDEO: Zookeepers checked the health and sex of the four chicks that hatched in November, when they were a few weeks old. They found three males and one female. Credit: Zoos Victoria via Storyful

“This is such a fast-moving and challenging breeding program to be a part of,” Ms Pauligk said. “You do the best you can with the information and knowledge you have, but there are always surprises. Each and every bird, chick and egg is precious and a huge win for the national program and conservation.”

She said working with such an endangered animal is a privilege.

“With so few left, seeing a plains-wanderer is rare and breathtaking,” she said. “It’s something I hope we can make sure people continue to get the chance to do.” 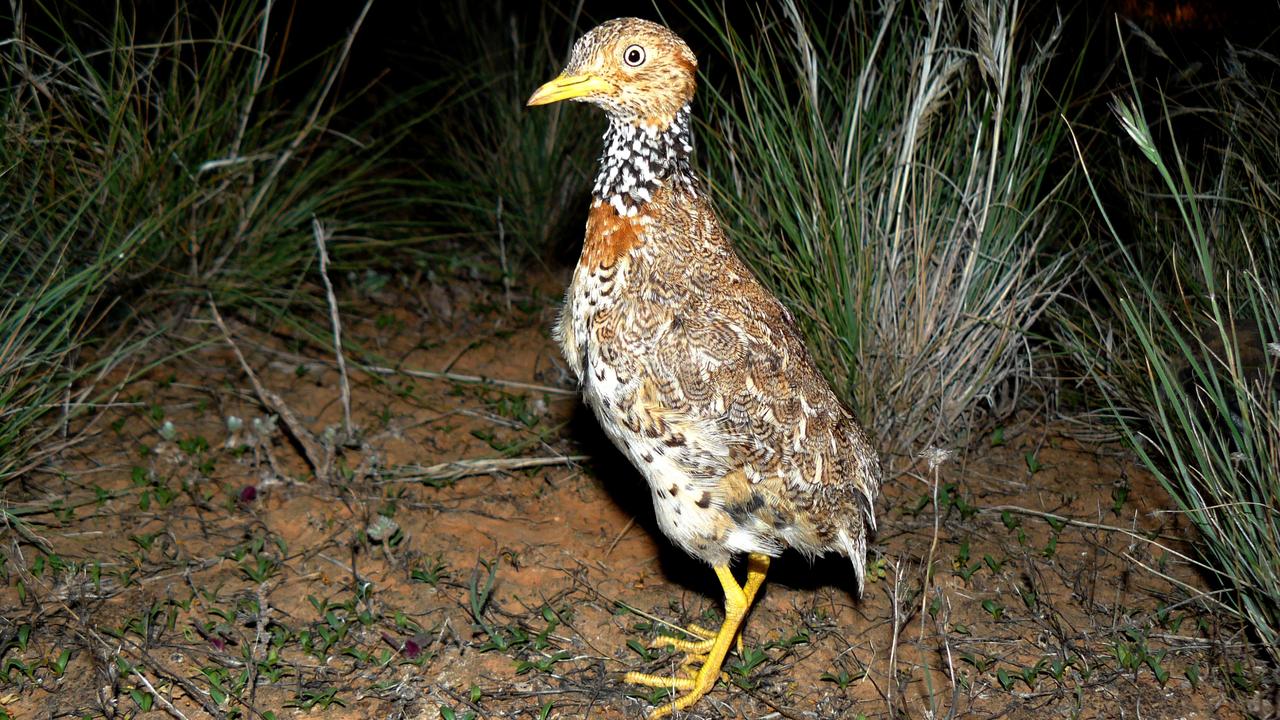 An adult plains-wanderer in the wild, where they live in open, native grassland.

PLAINS-WANDERER
The plains-wanderer is a small, ground-dwelling bird native to the grasslands of southeastern Australia.

It was once widespread from Victoria and South Australia, through New South Wales to Queensland. In just the past decade, the species’ range has reduced dramatically, by up to 94 per cent in some areas.

The last remaining areas where it is known to survive are in the Northern Plains of Victoria and New South Wales Riverina.

The major threats are the loss of native grasslands when the soil is dug up for farming and the condition and density* of the grassland habitat that remains. 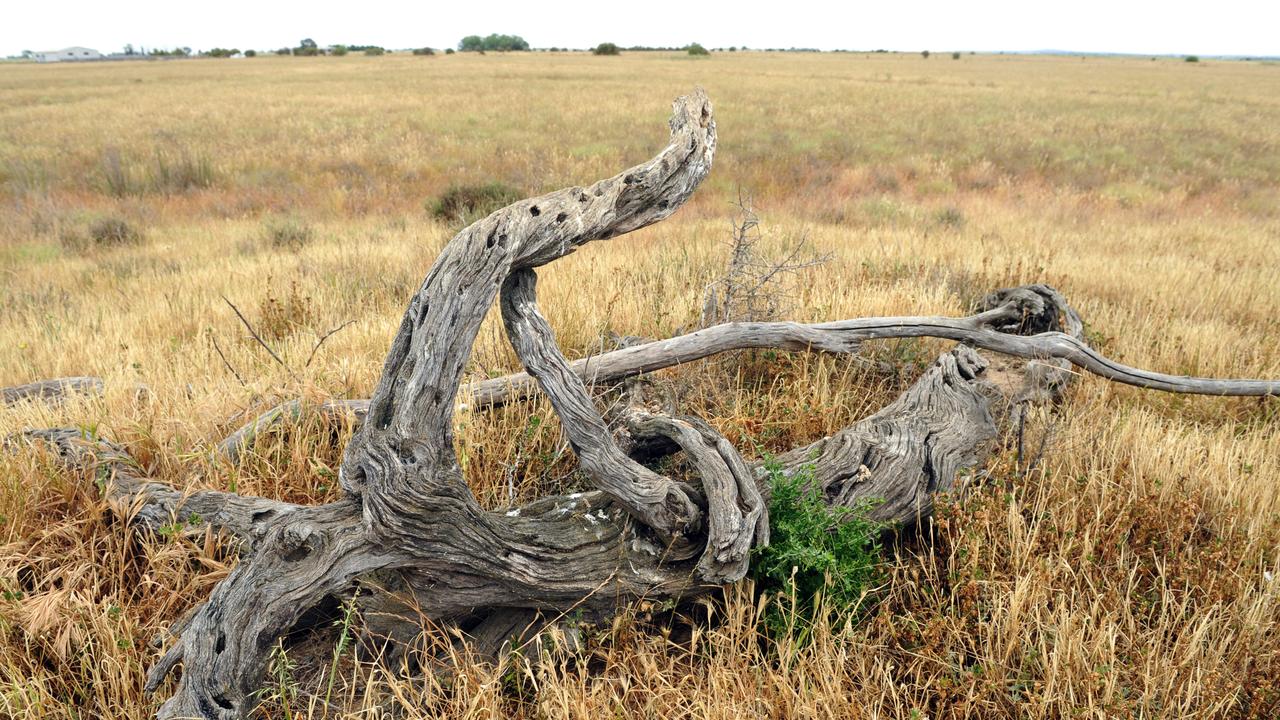 Grassland at Terrick Terrick National Park, central Victoria, which is important habitat for the plains-wanderer.

Zoos Victoria is part of Australia’s National Recovery Team for the plains-wanderer, which was formed in 2016 in an emergency effort to save the species from extinction.

There are plans to collect more birds from the wild after the breeding season.

The aim of the recovery program is to have 30 unrelated birds in captivity and a population of 100 before releasing captive-born birds into the wild.

Outline the natural versus artificial measures being undertaken to breed more plains-wanderer chicks, adding each measure to the correct column on your page.

2. Extension
Explain in your own words why this latest batch of chicks is described as an “incredible conservation success story”.

VCOP ACTIVITY
Imagine you are one of the chicks inside the egg. You have just woken up and want to get out of the dark, squashy shell. Give your recount of events and feeling as you start breaking the shell and hatching.

Who is there? What do you see and hear? How does it feel inside and then outside the egg.

HAVE YOUR SAY: Do you think the plains-wanderer species can be saved?
No one-word answers. Use full sentences to explain your thinking. No comments will be shown until approved by editors.