An artist’s impression of what the newly-discovered tyrannosaur known as the Reaper of Death would have looked like. Picture: University of Calgary and Royal Tyrrell Museum/AFP

A new species of dinosaur known as the Reaper* of Death has been identified.

The tyrannosaur — related to the T-Rex — grew up to 9m long and weighed 2 tonnes.

Experts think the species was wiped out 79 million years ago by the much larger T-Rex, which grew up to 12.2m and weighed 9 tonnes.

Fragments* of the reaper’s skull were unearthed next to a river in Alberta, Canada, by farmer John De Groot while hiking with his family in 2010.

The fossils were stored in a drawer at a museum for years, until a University of Calgary researcher first reviewed the find two years ago. 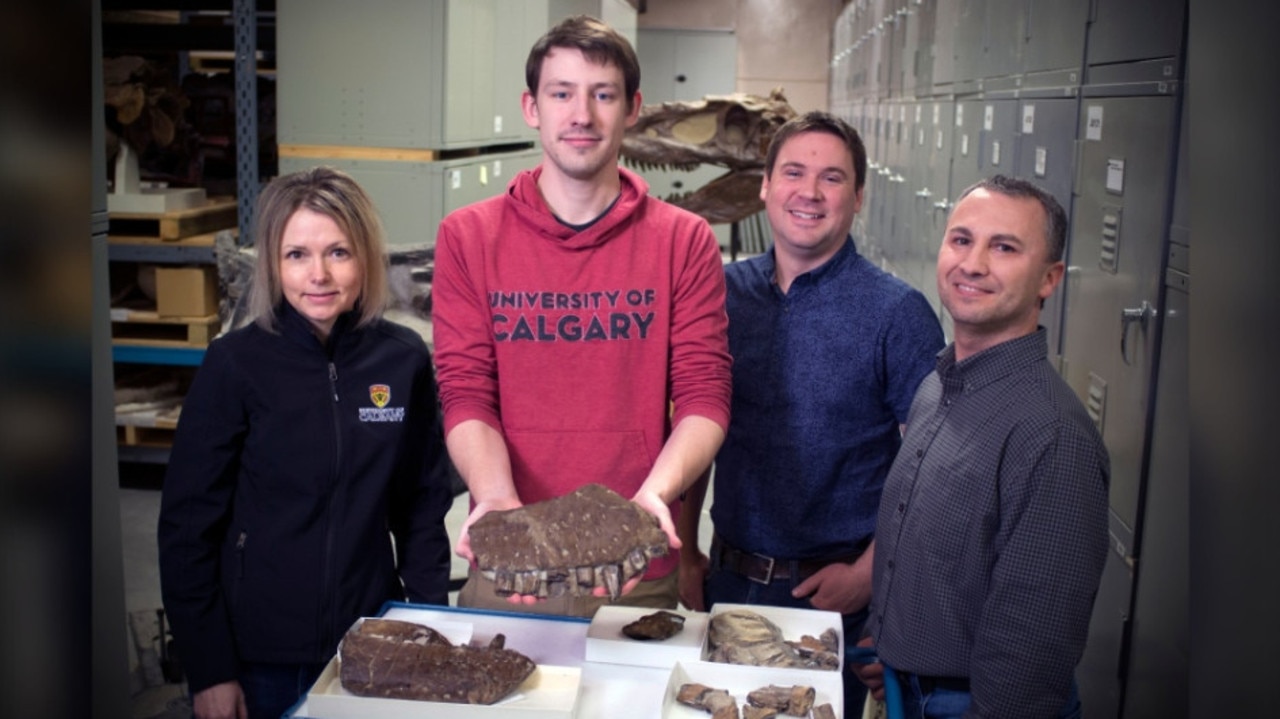 Fragments of the tyrannosaur were found while a family was hiking and then stored in a drawer. Picture: Royal Tyrrell Museum

Experts now say the dinosaur — thought to have had a high tooth count and long, deep snout* — is the oldest tyrannosaur found in Canada, making it 12 million years older than T-Rex. 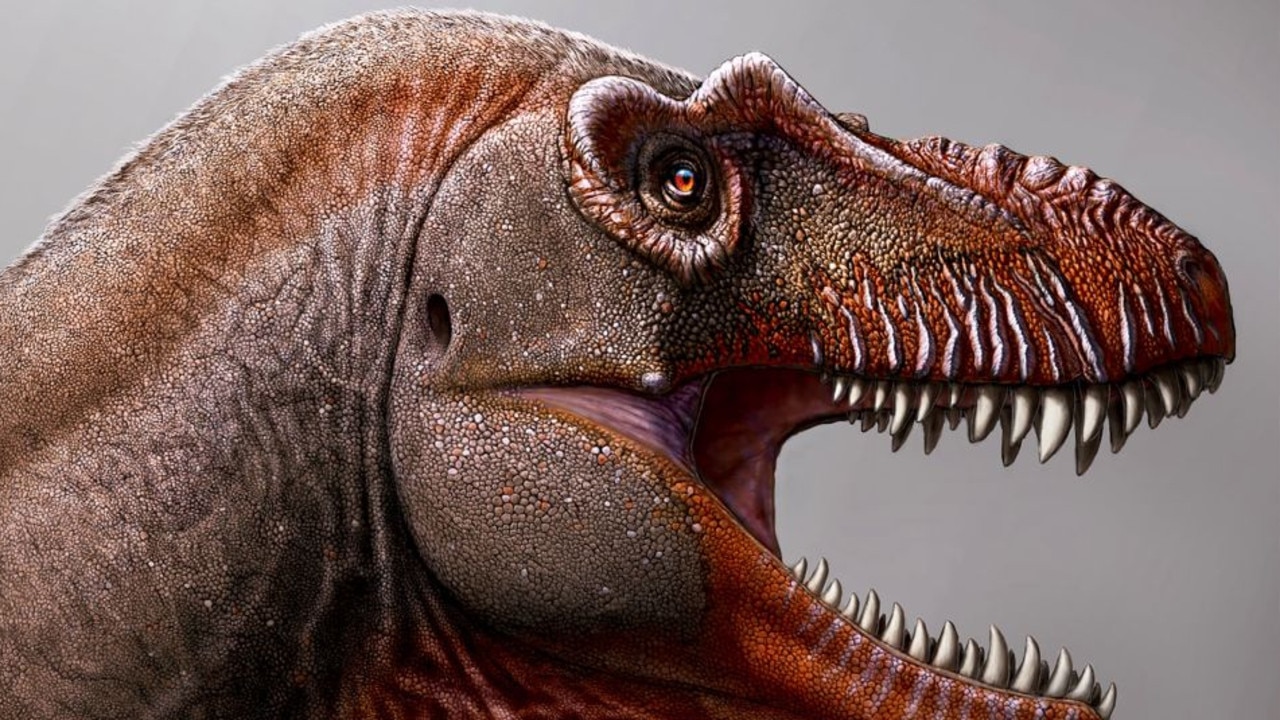 An artist’s impression of the new species, with its prominent ridges on the upper jaw line, long snout and many teeth. Picture: University of Calgary and Royal Tyrrell Museum/AFP

Mr Voris said: “It’s older than T-Rex but it seems like this was North America’s T-Rex at the time.

“It was a species that was distinct from T-Rex and it wasn’t until several million years later that T-Rex came to North America, probably from Asia, and invaded and replaced all the tyrannosaurs that we see in North America from that time range.

“It would have been quite an imposing* animal. It definitely would have caused some panic.” The white patches show the fragments that were discovered in the museum drawer. Picture: Science Direct/The Journal of Creataceous Research

The Reaper of Death is the fifth tyrannosaur species to be discovered in Canada and the first one in 50 years.

Francois Therrien, curator* of dinosaur paleoecology* at the Royal Tyrrell Museum of Palaeontology in Canada said: “There’s very few places in the world where you can brag that you have five different species of tyrannosaurs.”

This story was first published in The Sun and was republished with permission. This realistic model made from actual skull bones of a different species of tyrannosaur unearthed in Grand Staircase-Escalante National Monument in southern Utah, US, was unveiled in 2013. Picture: AP

CLASSROOM ACTIVITIES
1. Venn Diagram – Reaper of Death v T-Rex
Complete a Venn diagram with two overlapping circles comparing and contrasting the similarities and differences between the new Reaper of Death species and the T-Rex. Include details such as weight, length, time period, location etc.

2. Extension
The scientific name given to this dinosaur acknowledged the man who found the pieces of skull, John De Groot. If you were to make an important find of a new type of dinosaur, what would you like it to be called to acknowledge you? Share your response with your classmates.

HAVE YOUR SAY: What new species would you like to find hidden in a drawer?
No one-word answers. Use full sentences to explain your thinking. No comments will be published until approved by editors.