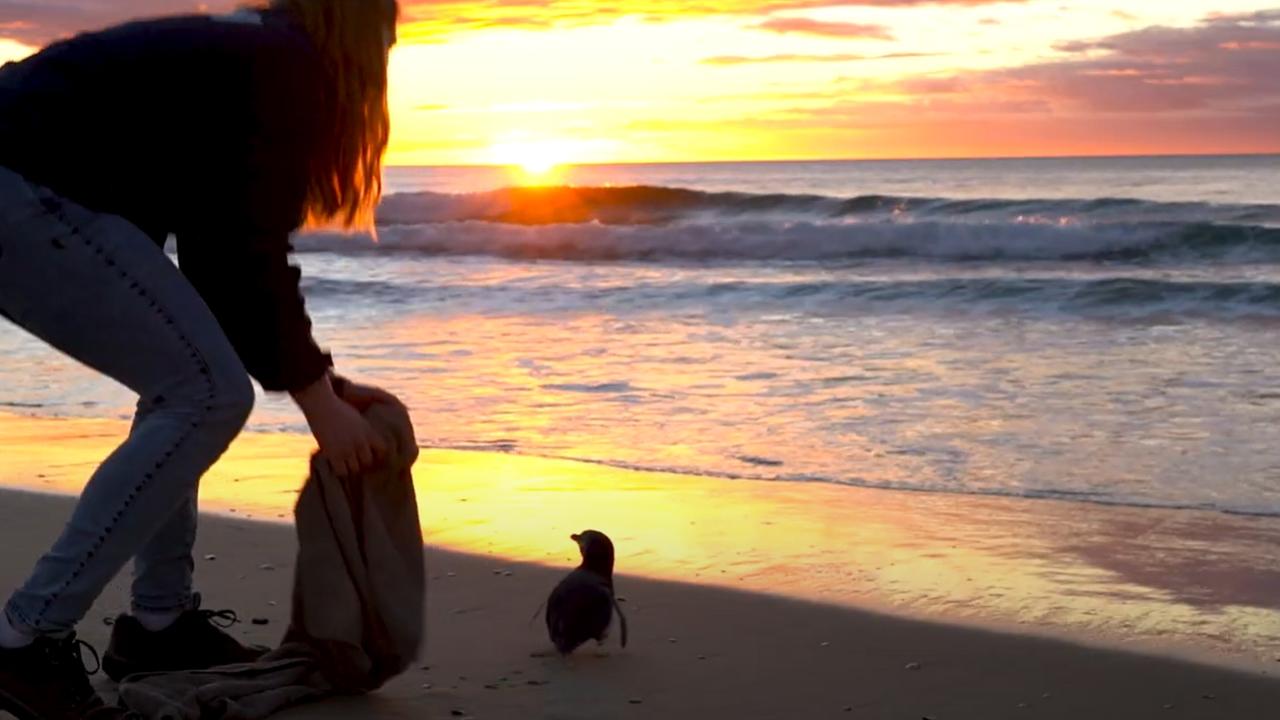 When Mercy the little penguin arrived at the Bonorong Wildlife Hospital in Tasmania, he was lethargic*, dehydrated* and hunched over.

The penguin was underweight, “not doing so well” and needed fattening up.

Luckily, with the dedicated help of a team of wildlife keepers, Mercy regained full health and was released back into the wild at dawn in a heartwarming scene captured on video.

Mercy’s story has now been made into a social media video and was shared on social media platforms on World Penguin Day on April 25.

Mercy the penguin gets another chance at life

Wildlife hospital manager Petra Harris said little penguins were the smallest species of penguin on Earth, with their colonies found all along the southern coast of Australia but sadly in declining numbers.

On the video, Ms Harris said Bonorong’s rescuers were contacted via its 24/7 rescue line after a person spotted Mercy looking unwell on Bruny Island, off the southeast coast of Tasmania. 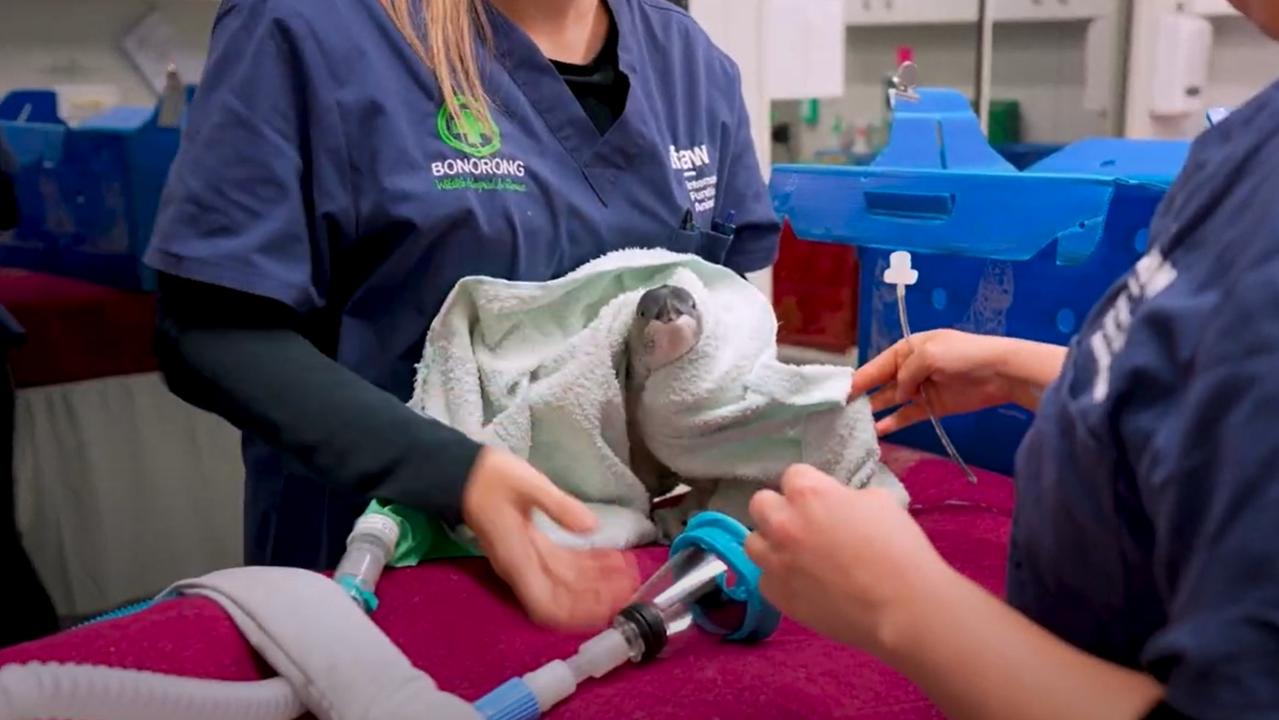 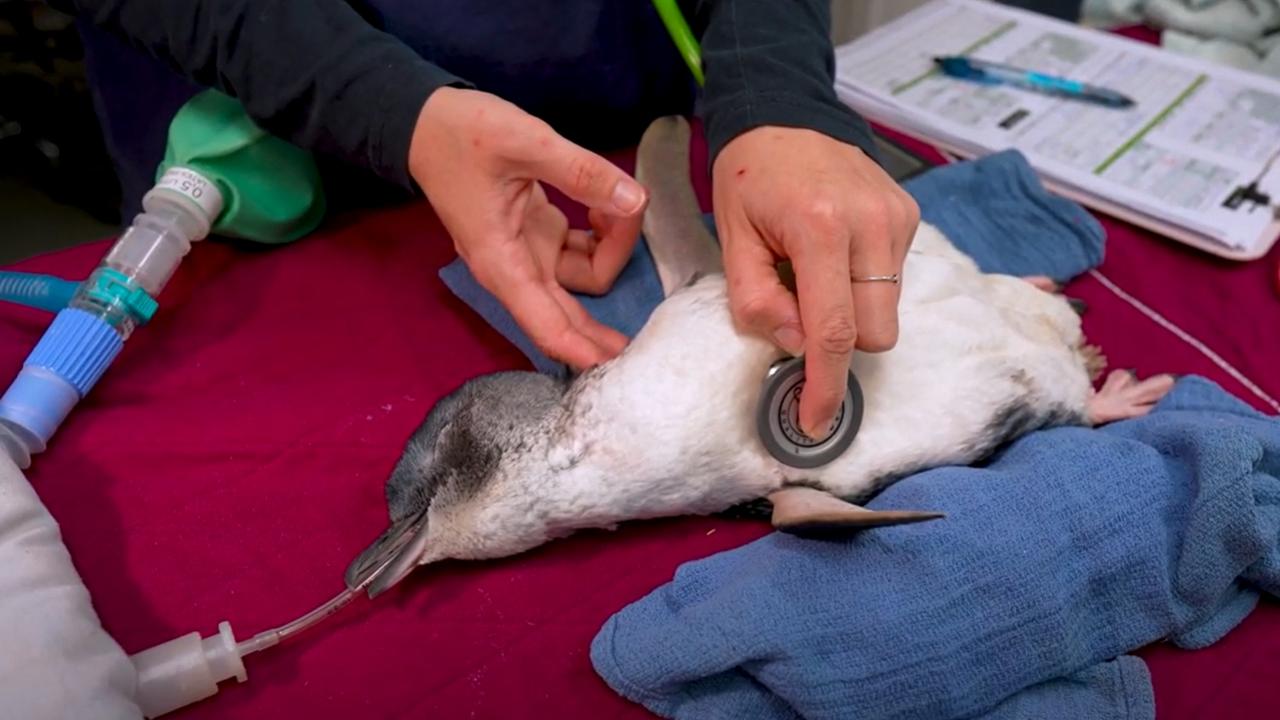 Rescuers went to collect Mercy and brought him back to the hospital at Bonorong Wildlife Sanctuary in the Hobart suburb of Brighton.

“He was hunched, a bit lethargic. The vet team did a full work-up on him, so they rehydrated* him with subcutaneous fluids*, they X-rayed him to check for any fractures or injuries that weren’t obvious to us, they checked his bloods to see what was going on,” Ms Harris explained.

“They just thought he was slightly underweight and not doing so well. He was cleared to spend about a week at the sanctuary.” 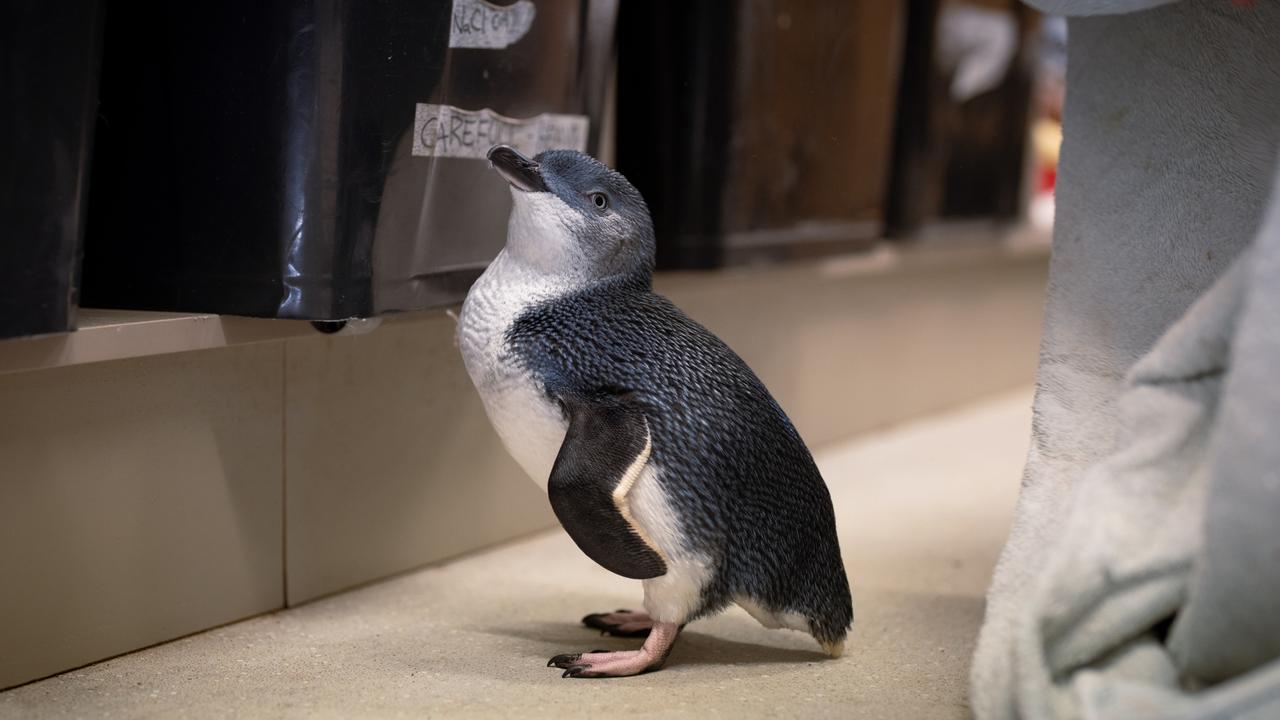 Mercy was nursed back to health for a week at Bonorong Wildlife Hospital. Picture: Michael Eastwell

Mercy was fed and fattened, spending time at the sanctuary’s seabird facility and penguin pool to make sure he could swim and was waterproof.

He was then taken back to Bruny Island, with a rescue team holding him overnight before releasing him at the Bruny Island Neck, an isthmus* connecting the north and south sections of the island. He was released at dawn so he could spend the day fishing before returning to his burrow. Mercy was released back into the wild at dawn so he could spend the day fishing before returning to his burrow on Bruny Island. Picture: Bonorong Wildlife Hospital Mercy heads out to sea to fish after his release back into the wild on Bruny Island. Picture: Bonorong Wildlife Hospital

“Mercy was one of the lucky ones. He’s an animal that gets to have a second chance,” Ms Harris said.

“That’s what we’re here to do. It’s a really important part of the wildlife hospital and the sanctuary, getting to see animals go back into the wild where they belong.

“And it’s certainly very rewarding for us as a team.”

CLASSROOM ACTIVITIES
1. What would Mercy say?
How do you think Mercy would describe his experiences at the wildlife hospital? Use your imagination and the information in the story to write what you think he would tell his little penguin family and friends about his time away from them.

2. Extension
Why is it important for animals like Mercy to be released back into the wild, rather than be kept at places like the Bonorong Wildlife Sanctuary? Write down as many reasons as you can think of.

VCOP ACTIVITY
Describe it
Look at one of the photographs in this story and make a list of five nouns that you see. Then describe those five nouns with five adjectives.