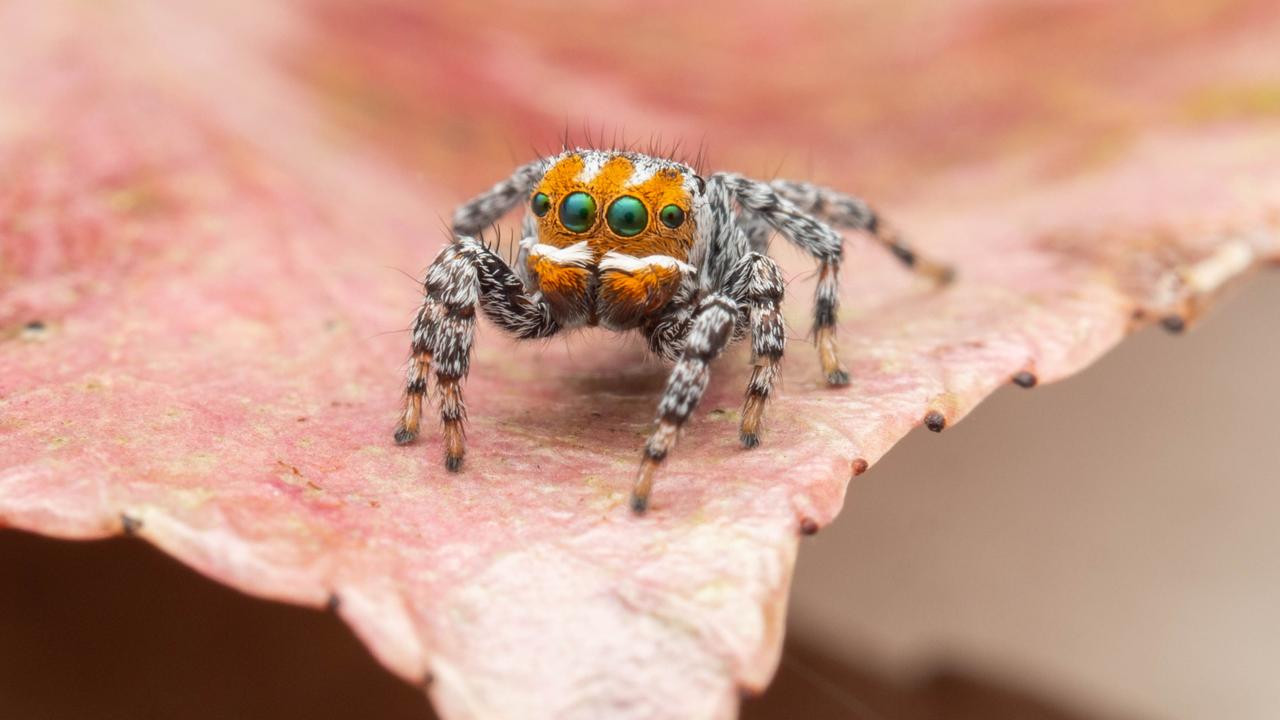 The Nemo peacock spider has been named after the clownfish from Finding Nemo. Picture: Museums Victoria

A newly discovered species of peacock spider with a bright orange face has been named after the clownfish from hit animated* movie Finding Nemo.

The Nemo peacock spider is just the size of a grain of rice but is a big deal to Museums Victoria arachnologist* Joseph Schubert, who has released new research describing the species in international life science journal Evolutionary Systematics.

“It has a really vibrant orange face with white stripes on it, which kind of looks like a clownfish, so I thought Nemo would be a really suitable name for it,” Mr Schubert said. The Nemo peacock spider is about the size of a grain of rice. Picture: Museums Victoria 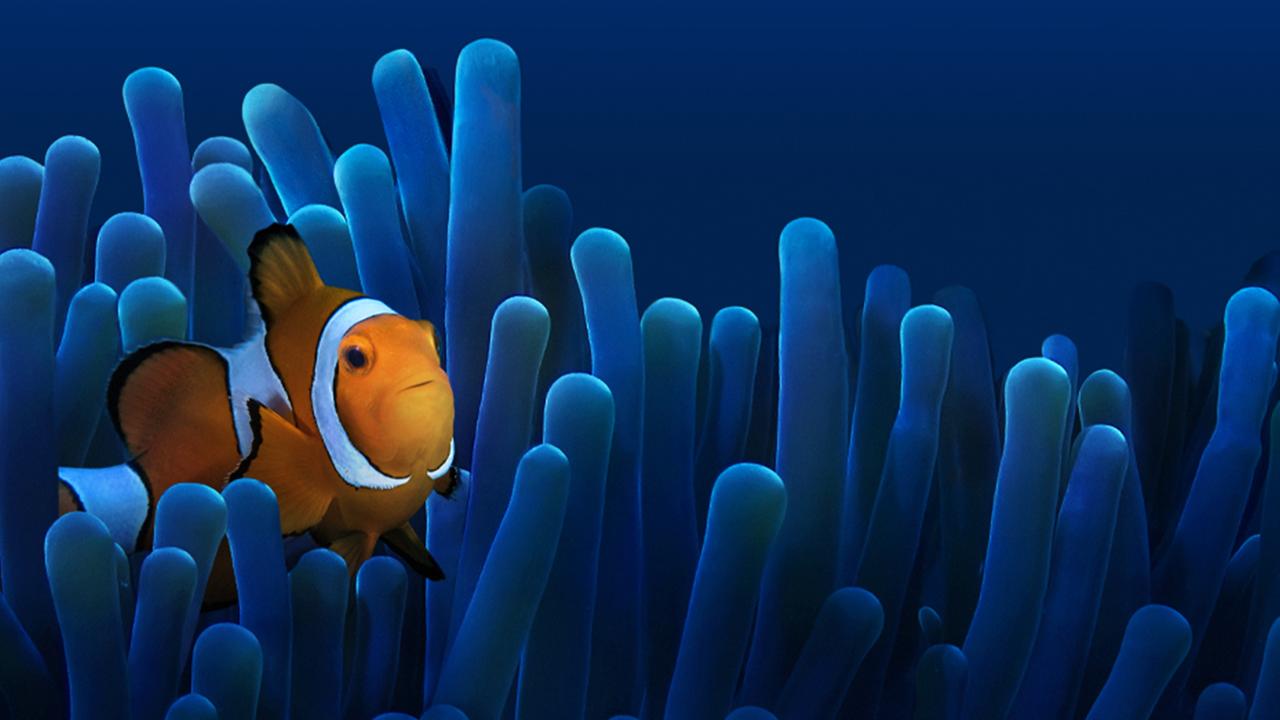 A clownfish on the east coast of Australia. Picture: ABC TV

Ms Holliday is an ecological* field officer for Nature Glenelg Trust and posted photographs of some of the spiders she found onto a peacock spider appreciation* page on Facebook.

Mr Schubert saw the photographs and contacted Ms Holliday, who then who sent him some live specimens* in the post so he could study them.

“It’s really important that citizen scientists get out there and are looking for things because scientists like myself can’t be everywhere at once,” Mr Schubert said.

“Roughly only 30 per cent of Australia’s biodiversity* has been formally documented scientifically, so this means we could be losing species before we even knew that they existed.” 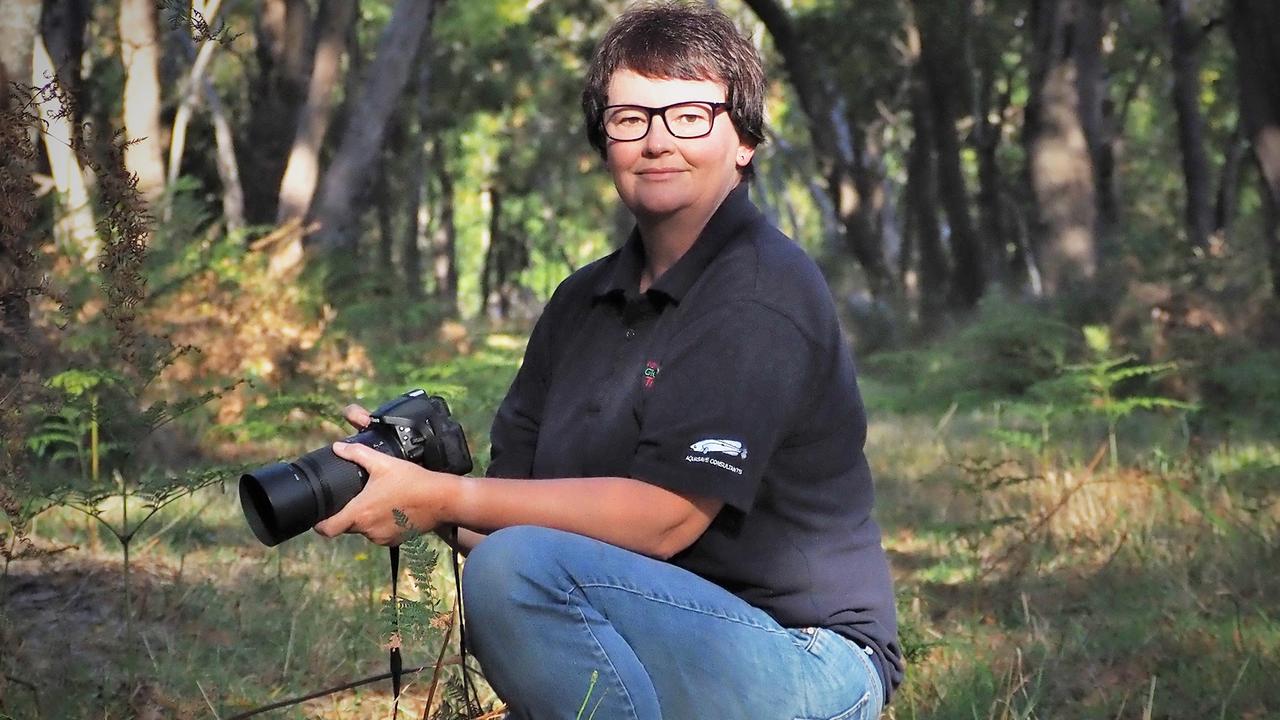 Peacock spiders, which have the scientific name Maratus, are found in backyards across Australia.

To the eye, they often appear as brownish, hopping specks. But their amazing true colours and behaviours are revealed under a microscope or macro lens* of a camera.

Some have vivid* colours of purple, green or red, and patterns and shapes that can look like elephant heads, arrows or skeletons.

Their jumping movements are actually an elaborate* dance, with the male using his movements to try to attract a female — making them an internet hit, especially when music is added to video footage! 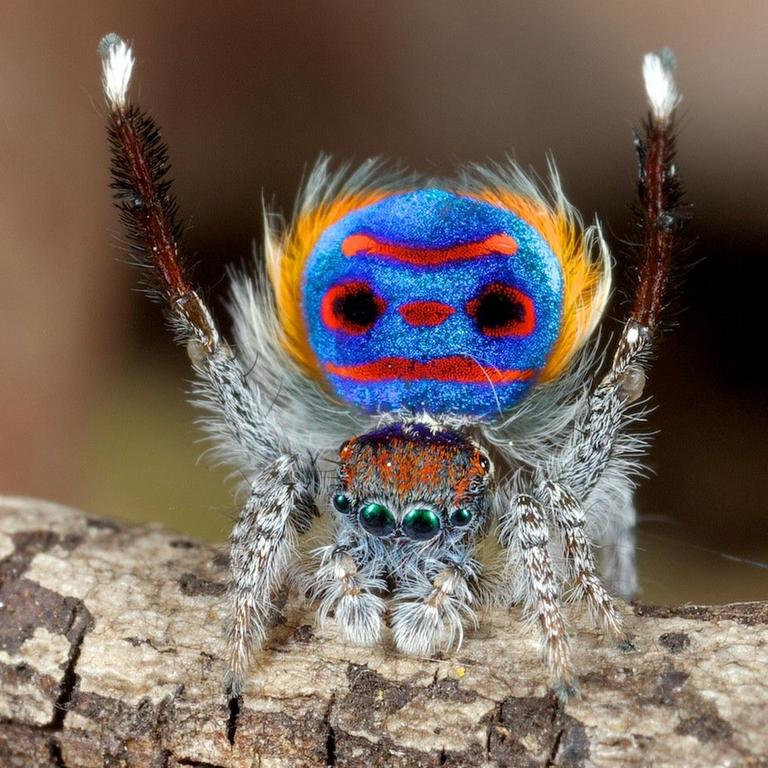 “They’ve got these massive forward-facing eyes and you can kind of relate to them more than you could like a huntsman.”

Mr Schubert believes there are more undiscovered peacock spiders out there.

CLASSROOM ACTIVITIES
1. Be a citizen scientist
Mr Schubert encouraged “citizen scientists” to get out there to look for things, so let’s give it a try! With your teacher’s permission, explore your school grounds, looking for living creatures. When you find something interesting, spend some time observing and taking notes. If you have a device available, take a photograph of the creature.

Back at your classroom, create a profile about your chosen creature that includes a photo, its name (if known or name it yourself), a description of its appearance, behaviour and habitat, as well as anything else you noticed.

Search for all the adjectives you can find in the article. Did you find any repeat adjectives or are they all different?

Extension
Pick three of your favourite adjectives from the text and put them in your own sentences to show other ways to use them.