An enormous prehistoric reptile called a “terror crocodile” with teeth as big as bananas preyed on dinosaurs, according to a new study of fossils.

The ancient beast roamed the US during the Late Cretaceous period between 75 and 82 million years ago. In the study, the scientists discovered a new species in the genus* Deinosuchus, bringing the total known number of Deinosuchus species to three.

“Deinosuchus was a giant that must have terrorised dinosaurs that came to the water’s edge to drink,” said the study’s lead researcher Dr Adam Cossette from the New York Institute of Technology College of Osteopathic Medicine at Arkansas State University, US.

The massive West Coast crocs Deinosuchus hatcheri and Deinosuchus riograndensis species and the newly described Deinosuchus schwimmeri, which lived on the East Coast from New Jersey to Mississippi, are actually more closely related to alligators.

“Until now, the complete animal was unknown,” Dr Cossette said.

“These new specimens* we’ve examined reveal a bizarre, monstrous predator with teeth the size of bananas.” The Deinosuchus genus is described as having teeth the size of bananas. Picture: Adam P Cossette and Christopher A Brochu

The scientists were able to study multiple examples of bite marks made by Deinosuchus riograndensis and Deinosuchus schwimmeri, on turtle shells and dinosaur bones.

Besides its banana-sized teeth, the monstrous predator had a huge nose with gaping nostrils, which scientists are still working to understand.

“It had two large holes are present at the tip of the snout in front of the nose,” Dr Cossette said.

“These holes are unique to Deinosuchus and we do not know what they were for, further research down the line will hopefully help us unpick this mystery and we can learn further about this incredible creature.” Palaeontologists are revealing new details about an ancient reptile that was more than 10m long and had two holes in its snout. Picture: Adam P Cossette and Christopher A Brochu

The massive crocs, which could grow up to 10.5m long, disappeared before dinosaurs’ main mass extinction during the Mesozoic period, according to the study published in the Journal of Vertebrate Paleontology. 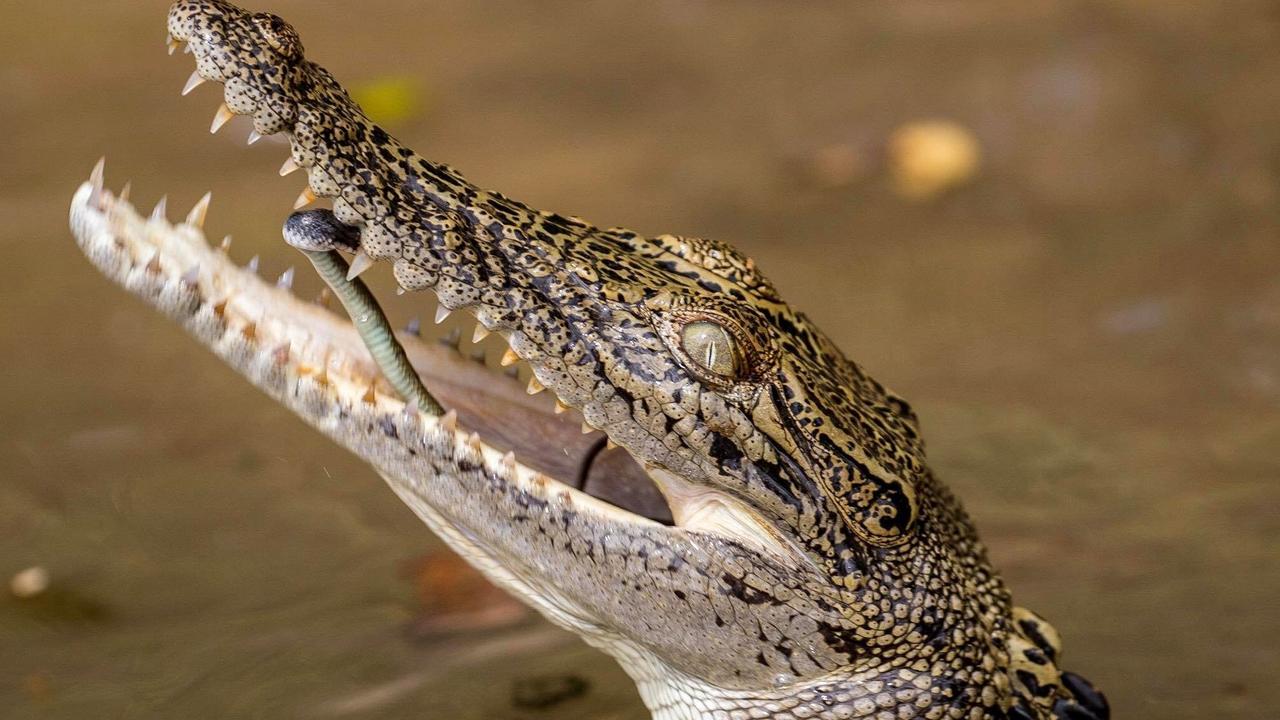 CLASSROOM ACTIVITIES
1. Compare and Contrast
Nicknamed the “terror croc”, the Deinosuchus had some features similar to the present-day crocodile but there are also differences.

Use a Venn diagram (two overlapping circles) to compare and contrast the Deinosuchus and the present-day crocodile. You can choose if you compare it to the salt or freshwater crocodile or you can compare it to both of them.

2. Extension
The Deinosuchus had some interesting features that scientists are yet to be able to explain. To begin to ‘unpick’ the mystery of what the two ‘gaping holes’ at the tip of the snout were for, they need to come up with some possible explanations to prove or disprove.

Come up with two or three possible reasons that the Deinosuchus had two large holes on top of its snout in front of its nose. Rate your suggestions from most to least likely.

HAVE YOUR SAY: Which prehistoric creature do you think is the scariest?
No one-word answers. Use full sentences to explain your thinking. No comments will be published until approved by editors.