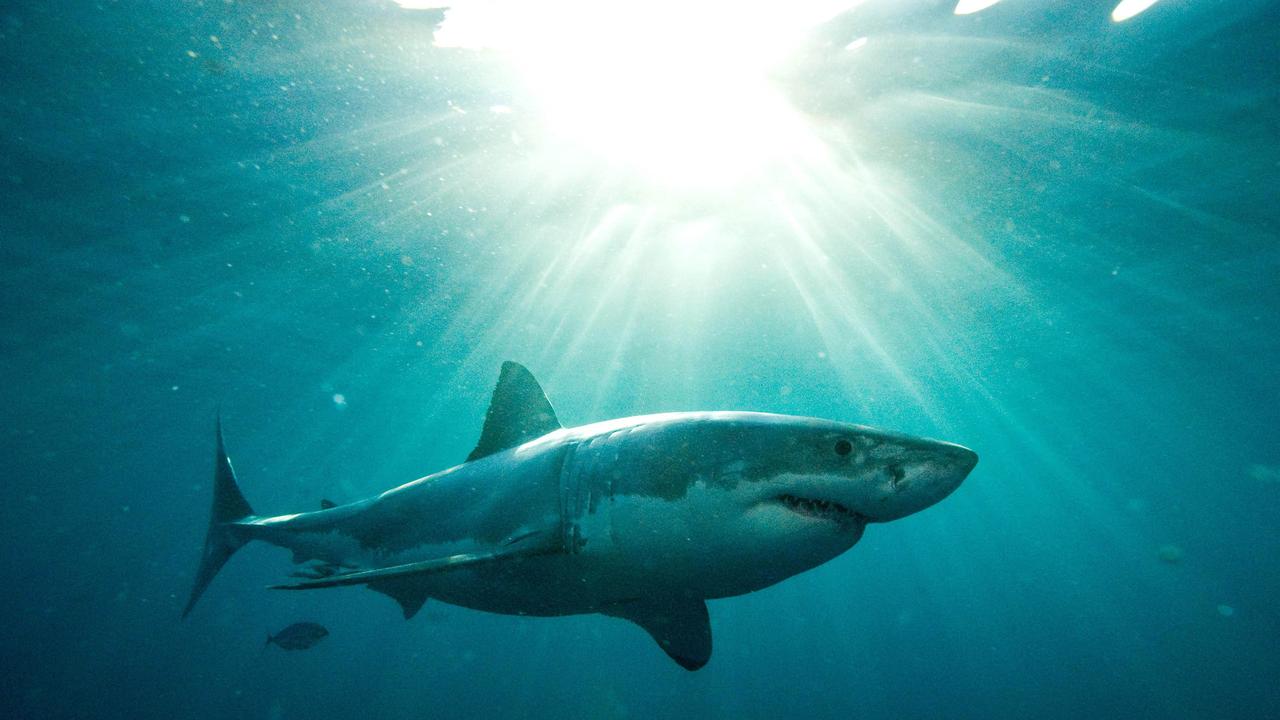 A massive great white shark called Mrs Moo has been photographed in the Southern Ocean, off the southern Australian coast.

The adult female threw her head back, clamped* her gills* tightly shut and aimed her 5.2m-long body at the surface of the water off the coast of the Neptune Islands, South Australia.

Mrs Moo is thought to be between 20 and 25 years old and has been a frequent visitor to South Australia over the years. Researchers easily recognise her. They have noticed she likes her own company and is not very interested in the antics* of younger males.

“She doesn’t want to mix it up with the riff-raff*, the young males charging around looking for fur seals to eat,” Mr Fox said.

“Big females like her do their own thing. The young males, they’re a bit like fighter jets — they can get in closer to the rocks and get those fur seals.”

Mr Fox and the crew on Rodney Fox Shark Expeditions identify individual great whites by their scars, damaged dorsal* fins and the patterns that form on the countershading* line that runs along the animal’s body. Mrs Moo is quite distinct*. Andrew Fox, who took the photo of Mrs Moo.

“She has a white patch behind her eye and this big, muscular jaw — she’s unique*,” Mr Fox said.

It has been a tricky year for shark-spotting tour businesses in the Port Lincoln area in South Australia, with low shark numbers and rough weather making life difficult.

“Winter used to be our best time, but there just haven’t been many sharks around this year at all,” Mr Fox said.

“Throw in huge swells* and winds of up to 133km an hour and it makes things pretty challenging.” This is another great white photographed by Andrew Fox on a Rodney Fox Shark Expedition. You can see an underwater camera protected by a cage on the right. Picture: supplied 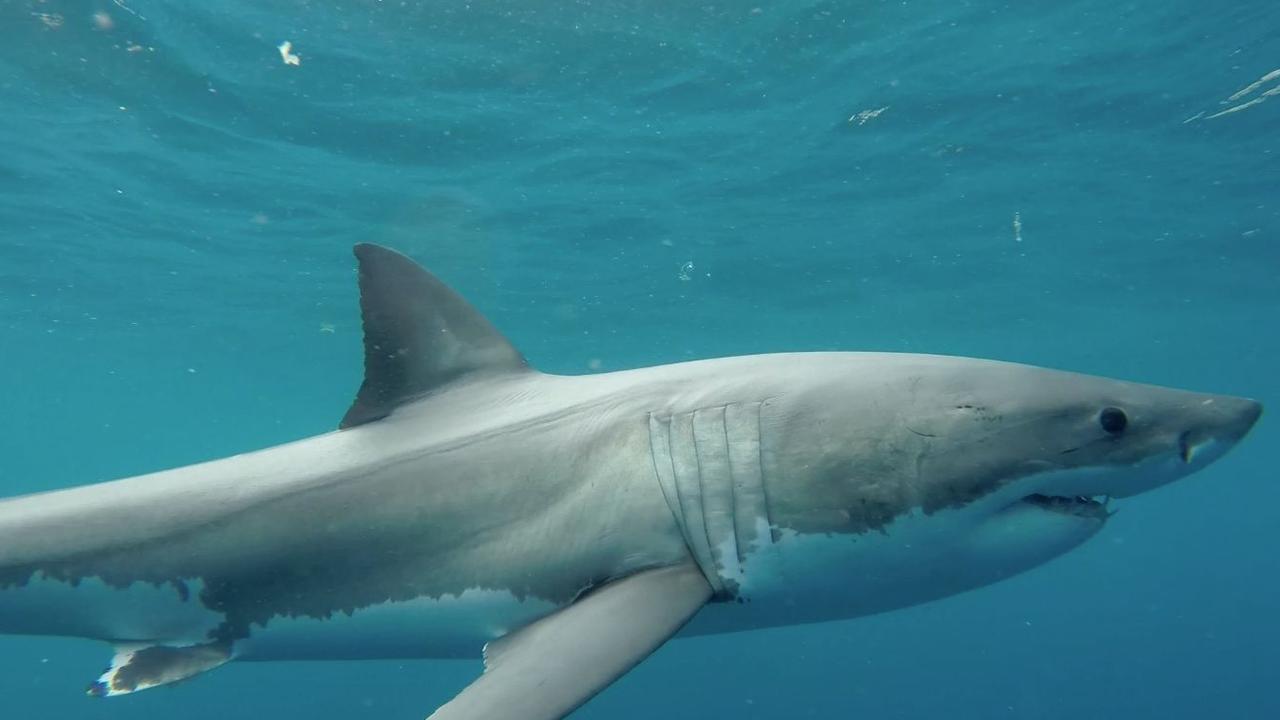 This is from a video taken by Marc and Shelley Payne who have studied great white sharks around Salisbury Island, WA. Picture: supplied

gills: slits on the side of fish that are the breathing organs, like our lungs

dorsal: on the back

countershading: protective colouring, which in sharks is dark on the back and light on the underside

swells: waves out at sea that don’t break, but boats move up and down in

streamlined: shape that moves easily through air or water

vulnerable: exposed to the possibility of being endangered or threatened

apex: at the top

2. How old do researchers think she is?

4. How fast can great whites swim?

5. Do they have predators? Why are they protected?

On an A3 sheet of paper, draw an outline of Mrs Moo that takes up most of the page. Carefully cut out Mrs Moo. On the reverse side of Mrs Moo write down some dot-point facts that you have learnt about her from reading the article. This could include: the species of shark she is; her size; how old she is; how she behaves; her distinctive features; the food she eats; how fast she can travel; etc.

Once you have completed the facts about Mrs Moo you can continue drawing and colouring her features on the front of your cut-out shape.

2. Extra resources: A3 paper or card

Extension: Help others understand the size of Mrs Moo by drawing a picture of her alongside some other common objects so that your picture shows her size in comparison to the other items. Some examples are given below. Use these to help you but please make up some of your own ones.

Perhaps your family has a car that is 5m. Draw a picture of Mrs Moo and a picture of your car below her, showing that she is slightly longer than your car.

Maybe your desk is 1.5m. Draw a picture of Mrs Moo and then 3 and a half of your desks lined up beneath her to show that she is approximately the length of 3 and a half desks.

HAVE YOUR SAY: Do you think great whites should be caught if they go near beaches where people are swimming? No one-word answers. Use full sentences.