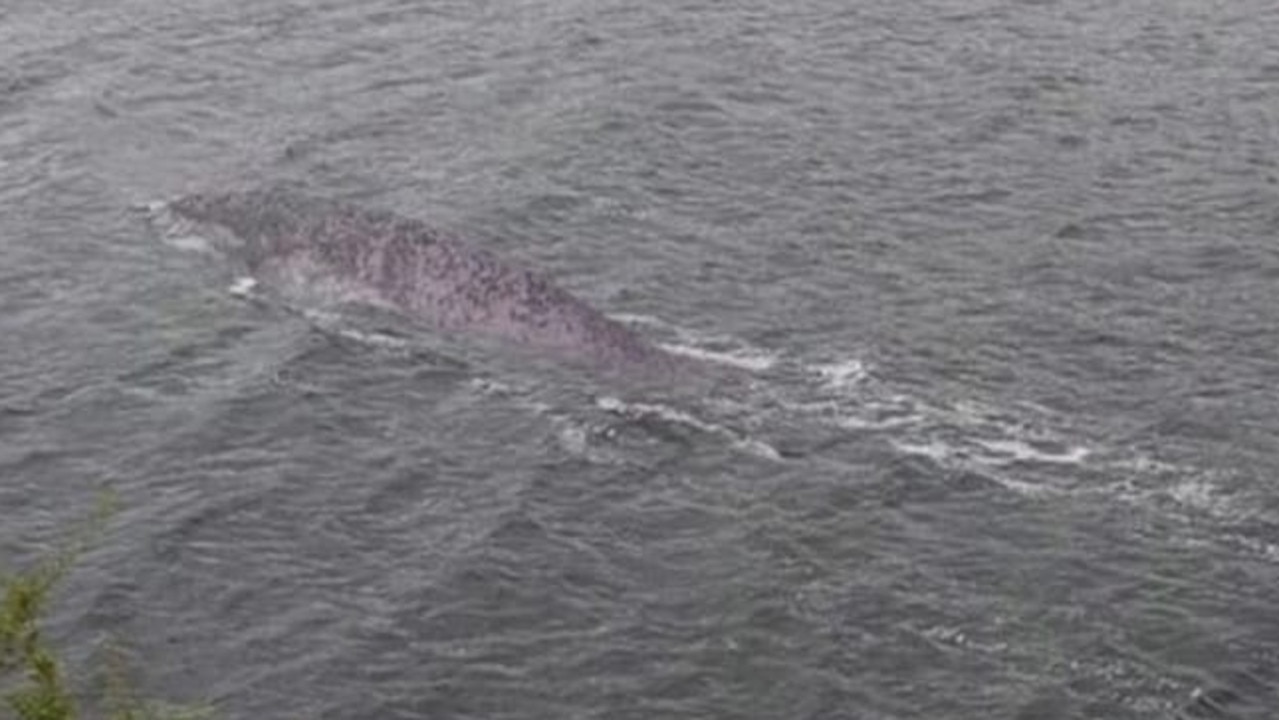 Steve Challice's photo at Loch Ness. He said he was about 9m from this creature. Picture: Steve Challice/Facebook

English tourist Steve Challice took the picture of what appears to be a large fish in Loch Ness during a holiday to Scotland, UK, in September last year.

Mr Challice didn’t necessarily think the creature in his photo was the mythical* Nessie. He told the UK’s Daily Record he’d merely been photographing some interesting ripples in the water, near the famous Urquhart Castle, when some kind of large fish came to the surface and went under water again.

He said the creature was about 2.5m long and was about 9m away from him.

“It only appeared in one shot and to be honest that was something of a fluke*,” he said.

But things got interesting after Mr Challice spent some time going back through his holiday photos when he was at home with spare time during COVID-19 restrictions.

Wondering if the creature he’d seen in the loch was a catfish, he posted his photo online for feedback — and it led to people wondering whether he’d accidentally captured a photo of the elusive* Loch Ness monster.

But Mr Challice is not convinced.

“Personally I know there has been some interest and some people are saying it’s the monster but I don’t believe that,” he told the Daily Record.

“I have to say I don’t believe in the Loch Ness monster and frankly I think if anything is there then there is a logical* explanation for most of the sightings.

“My guess would be that what I captured was a catfish or something like that. As seals get in from the sea then I expect that’s what it is and that would explain why these sightings are so few and far between.”

Questions have also been raised about the authenticity* of Mr Challice’s photo, which is part of a series he took at the loch.

“Up until now this year we only had distant webcam* blobs due to the lockdown at Loch Ness, then this image turned up,” author and Nessie expert Roland Watson told the Daily Record.

“If this is a genuine picture of a creature in Loch Ness, it would easily rank* in the top three of all time.

“At this point, I am in an ongoing conversation with Steve as to the objections and concerns I have about this being a photoshop picture. So we will see where that takes us.” 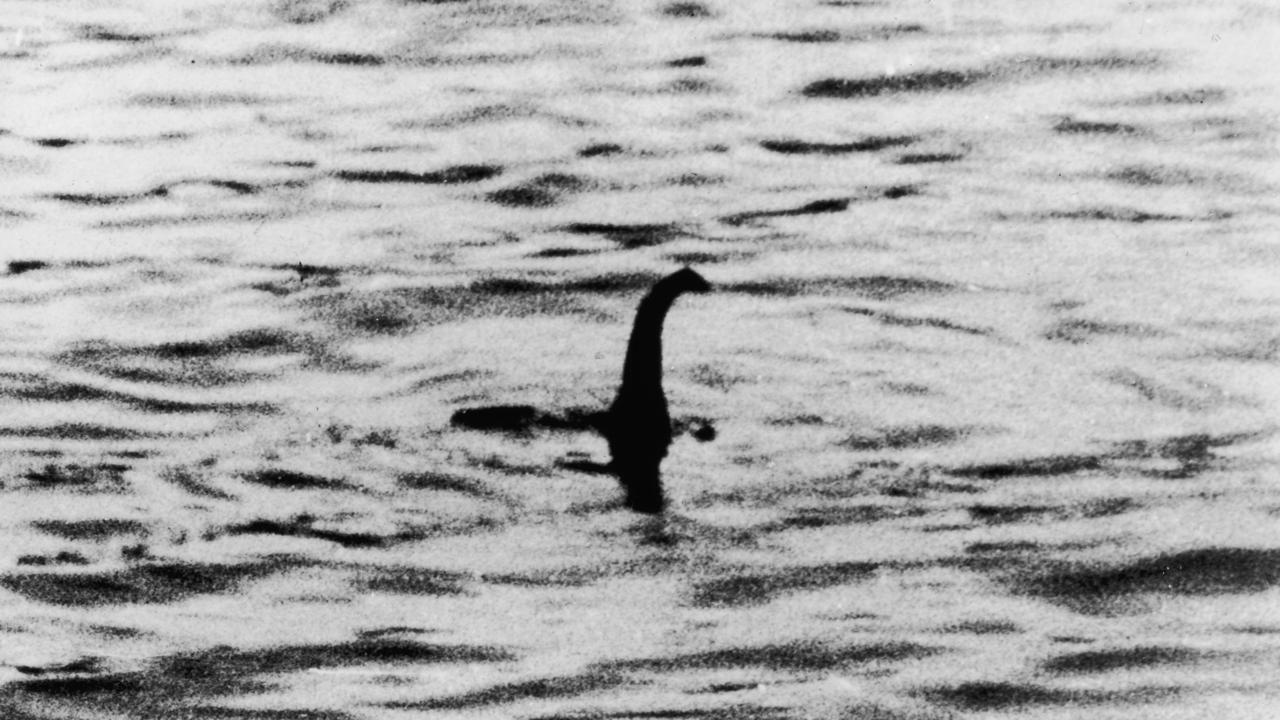 One of the so-called “surgeon’s photographs,” taken April 19, 1934, later exposed as a hoax by one of the participants, Chris Spurling. Picture: Keystone/Getty Images

In September — around the time of Mr Challice’s visit to Scotland — New Zealand researchers suggested the legend of the Loch Ness monster was most likely sparked by sightings of giant eels.

Researchers from the University of Otago said samples of environmental DNA* from the loch disproved* a popular theory* the creature was a prehistoric reptile, or population of reptiles, that had survived.

Others have also wondered if the creature was a giant catfish or a Greenland shark, which can live for up to 500 years.

Instead, the researchers said the only possibility that hadn’t been ruled out by the research was that Nessie was a giant eel.

“Eels are very plentiful* in Loch Ness, with eel DNA found at pretty much every location sampled – there are a lot of them,” lead researcher Professor Neil Gemmell said.

“So – are they giant eels? Well, our data doesn’t reveal their size, but the sheer* quantity of the material says that we can’t discount the possibility that there may be giant eels in Loch Ness.” Urquhart Castle on the shore of Loch Ness, Scotland, UK, built from the 1200s onwards and in use until the 1600s. References to a monster in Loch Ness date back to the year 565. Picture: iStock

CLASSROOM ACTIVITIES
1. Think About It
What do you think was really in the photograph taken by Steve Challice? Write down the evidence that you can find in the story that helps to prove your answer. Then include as many other reasons for your opinion that you can think of.

2. Extension
Write a story that includes a mysterious photograph.

VCOP ACTIVITY
Large Green Lizard-Like Creature
An adjective is a describing word. They are often found describing a noun. To start with look at the words before the nouns.

HAVE YOUR SAY: What do you believe this photo shows?
No one-word answers. Use full sentences to explain your thinking. No comments will be published until approved by editors.