This is the amazing moment a curious lioness picked up a GoPro camera and carried it around in her jaws in Balule Nature Reserve, South Africa. Picture: Frank de Beer via Caters News Agency

A lioness has treated wildlife fans to an amazing selfie after biting down on a GoPro camera in South Africa.

The footage captures the inside of the lioness’ mouth, including when she licks the camera, which was planted by the side of a dirt track in Balule Nature Reserve by photographer Frank de Beer.

Ever wanted to peek inside a lion's mouth?

“I tried to anticipate* the movements of the lions and got really lucky with a curious female,” Mr de Beer told Caters News Agency.

“It was planned, but the animals still had the choice to avoid the camera or just walk around it.”

Luckily, the inquisitive* lioness decided to check out the camera as Mr de Beer watched from a safe distance. 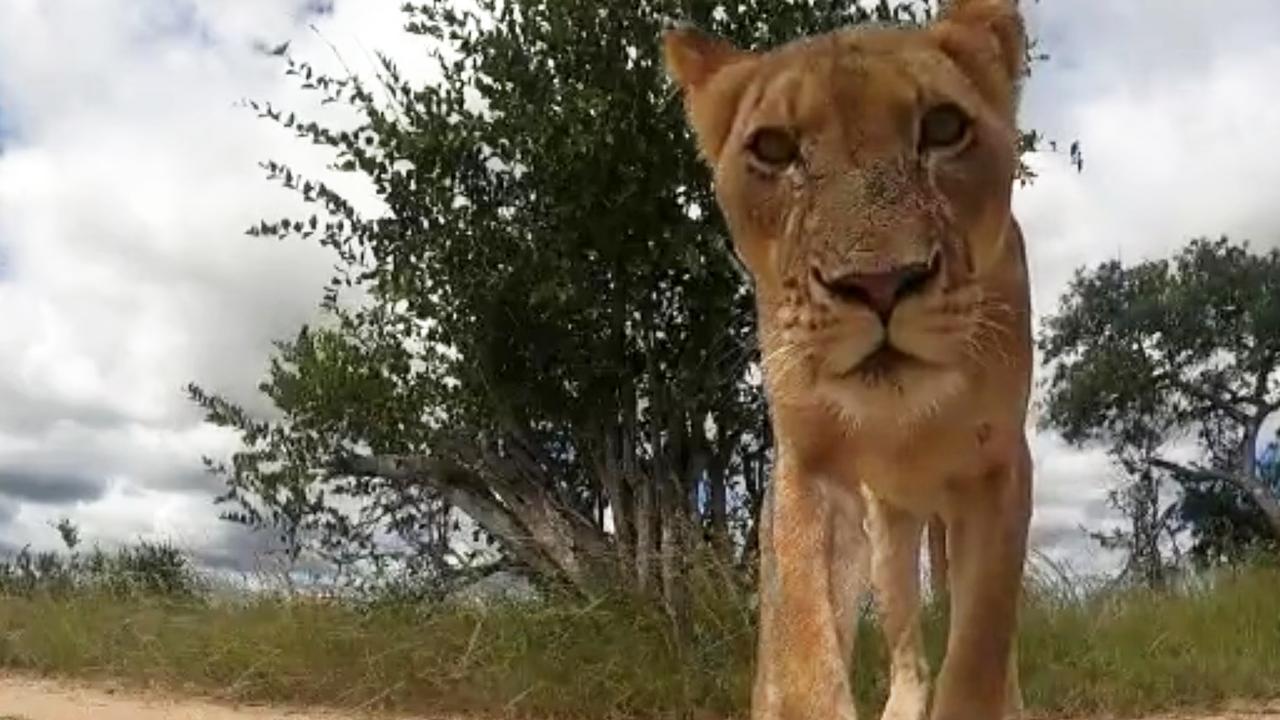 The curious lioness approaches the GoPro, which has been planted next to a dirt road. Picture: Frank de Beer via Caters News Agency Two minutes of footage was captured, including of the inside of the lioness’ mouth. Picture: Frank de Beer via Caters News Agency

The resulting two minutes of footage begins with the lioness approaching and then mouthing* the GoPro.

After several exploratory* nips, the big cat lifts the camera and carries it around in her jaws, capturing her sharp teeth and tongue in extraordinary detail.

The camera survived the close encounter on February 7 thanks to its protective case and was retrieved by Mr de Beer after it was dropped by the lioness. Two minutes of amazing footage was captured as the lioness carried the camera around in her jaws. Picture: Frank de Beer via Caters News Agency

This isn’t the first time the wildlife enthusiast* has taken an “inside” look at wild animals using a cleverly planted camera.

He pulled off the same trick with elephants in South Africa in 2017, capturing one of the pachyderms* inspecting the GoPro with its trunk, Caters reported.

In perhaps the most famous wildlife selfie incident to date, a monkey named Naruto used a photographer’s camera to accidentally snap a series of self-portraits, which went viral on social media and were included in a book.

The monkey took the selfies after photographer David Slater left his camera unattended while visiting a reserve in Indonesia in 2011. 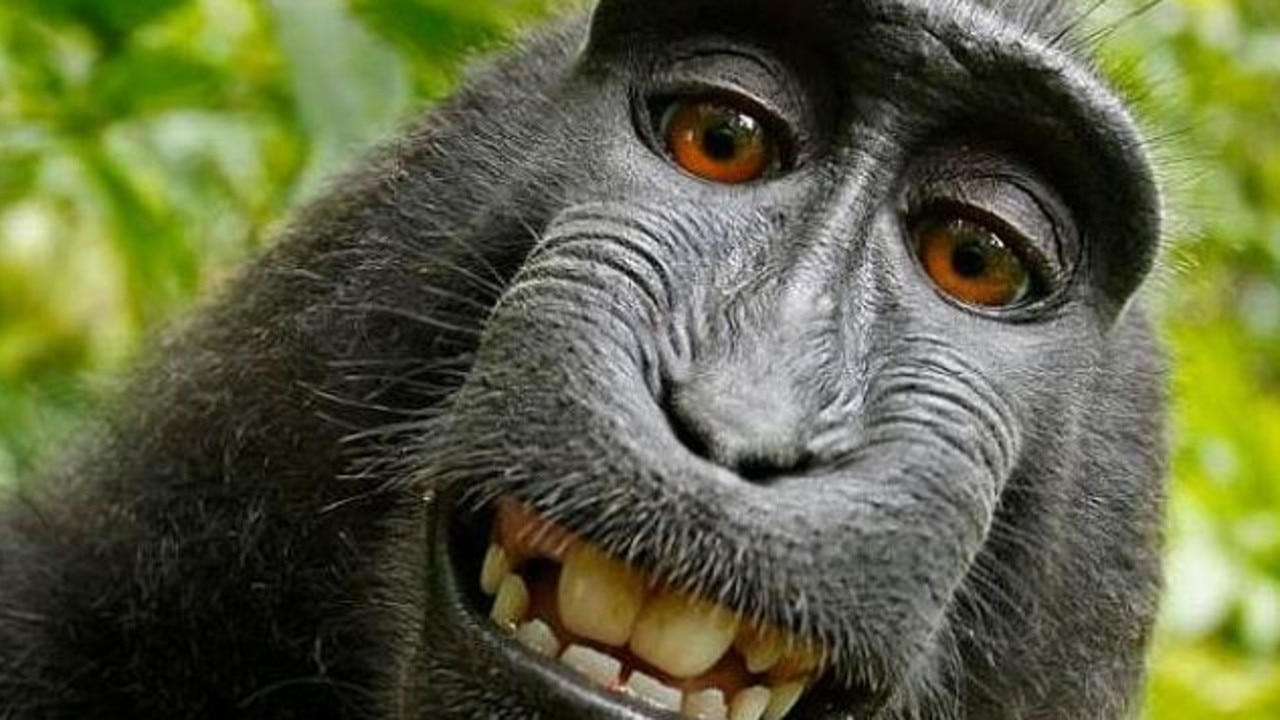 Naruto the Indonesian crested macaque monkey took this and other selfies with a camera owned by photographer David Slater, but a court ruled Naruto did not own the images. Picture: Wikimedia/David Slater

In a published book featuring images of Naruto, Mr Slater admitted the monkey snapped the selfies.

The People for the Ethical Treatment of Animals (PETA) then filed a lawsuit in 2015, seeking to represent the monkey and manage money gained from the images to help the animal and its community.

But a judge eventually ruled the monkey couldn’t be declared the rightful owner of the photos, meaning that any money earned from them belonged to Mr Slater.

Modern-day message in a bottle

CLASSROOM ACTIVITIES
1. Think like a lioness
Don’t you wonder what the lioness was thinking as she found the camera and carried it around? What did she think it was? What made her drop it?

Write from the point of view of the lioness, what she might have been thinking during this encounter.

2. Extension
What else might the camera have captured had the lioness continued to carry it around or if it had been left for other animals to find? Draw three “snapshots” of things the GoPro might have seen.