Forget food scraps and a quick walk around the block.

Dogs are being primped*, pampered*, treated to luxury holidays and being launched into social-media stardom* by their owners, a new study has found.

Half of all dogs are getting fancy organic* meals, one in five have all the latest fashion accessories and three in five have their own social-media page, the survey by pet-sitting network* Mad Paws found.

People spoiling* their dogs and treating them like their children may not be new, but now owners are using social media to turn their dogs into “fur-mous”* celebrities. The trend* follows Hollywood stars putting their pets in the spotlight — including Kylie Jenner and her dog Blu, Jennifer Lawrence with Pippi and Lady Gaga and her pride and joy, Koji.

The Australian dogs studied by Mad Paws are pampered almost as much as those Hollywood types.

“Our research shows nearly 50 per cent of Australian dogs have their own bedroom, one in five pet owners have professional photos taken of their four-legged friends and over 70 per cent of fur-babies get flashy presents on their birthdays,” Mad Paws co-founder* Alexis Soulopoulos said. The survey also found that a quarter of pups enjoy extravagant birthday parties and a fifth of dog parents have taken their canine* away for relaxing retreats.

Nearly half of Australian dog owners have done yoga with their pets, have hired a pet healer or a fortune-teller for their dog, or have paid for them to enjoy holistic* treatments. Summer Butler owns Mosman doggie boutique hotel and day spa Pitter Patter Paws. And she isn’t surprised at all by these statistics*.

“Dogs are so spoiled these days,” Ms Butler said.

“We have a doggie hotel above our doggie daycare where dogs can stay overnight.

“Owners are so happy to spend that little bit extra to have the dog in the same comfort and environment as they would be at home — on the couch and in front of a plasma* TV.”

She said when her clients go on holidays their precious pooches are pampered at the daycare during the day, treated to a spa and then stay upstairs in “luxury” accommodation with a nanny at night.

The Mad Paws survey also found that 60 per cent of dog owners spend more than $150 a month on fancy toys, food and accessories — something Melbourne’s Sylvia Fronczak knows all about. Her Newfoundland, Bentley has 48,000 Instagram fans and though Ms Fronczak says Bentley is spoiled, she tries not to go over the top.

“He has very sensitive skin so we get him groomed every two months for four hours,” she said.

“There was one video, of me putting out a dandelion for him to sniff but he eats it — and it went viral*,” she said.

“I love him. He is like my best friend. And I love that other people love him too — if I don’t post for five or six days I get messages asking if Bentley is okay.”

So are cat lovers as crazy about cats as dog lovers are about dogs?

Kids News hasn’t found a study that directly compares how much dogs have spent on them compared to cats, or whether cats are as famous on social media as dogs are. (We’ll keep looking.) 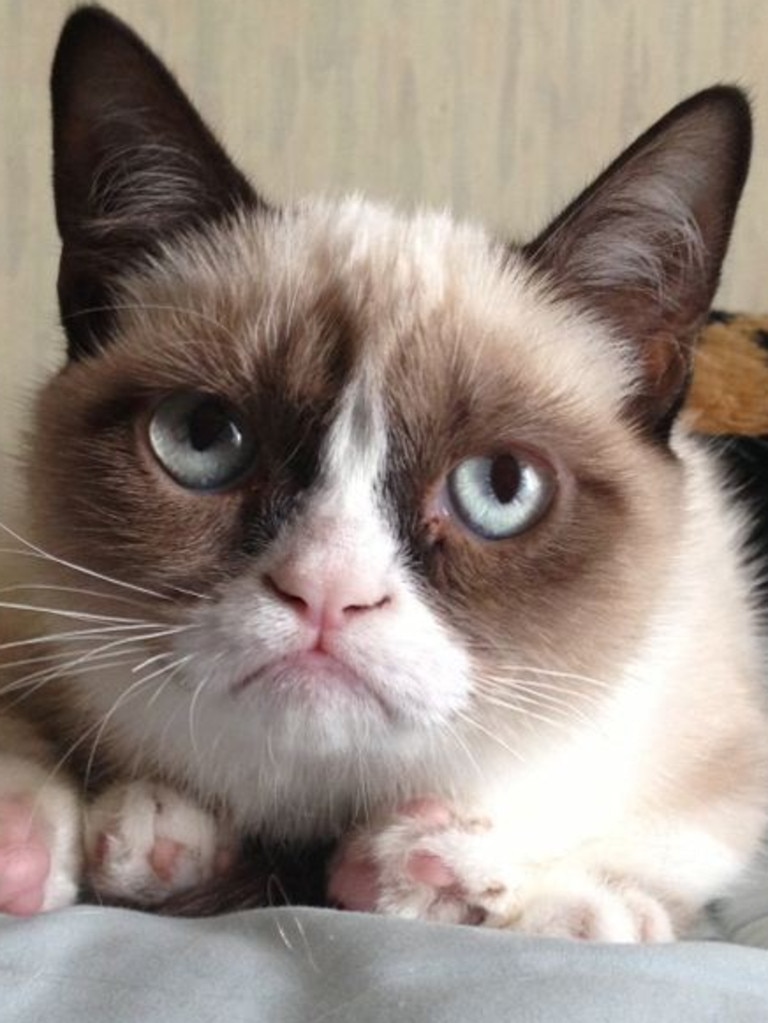 But we do know that, just like dogs, many cats are very pampered and cats are very famous on social media. Grumpy Cat for instance, is a US social media celebrity with a manager and 2.5 million followers on Instagram. It also won $881,600 in a court case in January because a coffee company used a drawing of Grumpy Cat to promote its packets of coffee without permission.

primped: fiddled with its appearance

stardom: being a star

network: group of people who know one another

spoiling: giving more than is healthy

fur-mous: a joke that’s a mixed up word of furry and famous

co-founder: set it up with someone else

holistic: takes care of all parts of body and mind

plasma: a type of technology for TVs

1. Statistics at a glance

Choose the three statistics from the news article that you found the most interesting. Create a one-page poster so that others can see and understand these statistics at a glance, without needing to read the whole article. Try to use simple images and words to communicate the information. You can either create your poster by hand or digitally.

Extension: Make a list of 10 things that dogs may want or need. Once you have 10 items on your list put them in order of how important they are, 1 being the most important (that is, a dog couldn’t survive without it) and 10 being the least important (an unnecessary luxury).

When humans go on holidays they often have an itinerary. This is a document that sets out the planned journey with a list of the dates and times, destinations and activities of the trip. Write a detailed itinerary for a 2-day doggy getaway. Make sure the destinations and activities are in sequence and that they are things a pampered pooch would enjoy.

Extension: Draw some pictures of a dog enjoying the getaway you planned above with a one sentence caption for each picture.

The glossary of terms helps you to understand and learn the ambitious vocabulary being used in the article.

Can you use the words outlined in the glossary to create new sentences?

Have another look through the article. Can you find any other Wow Words not outlined in the glossary?