Language study shows dogs talk with their bodies, not their bark 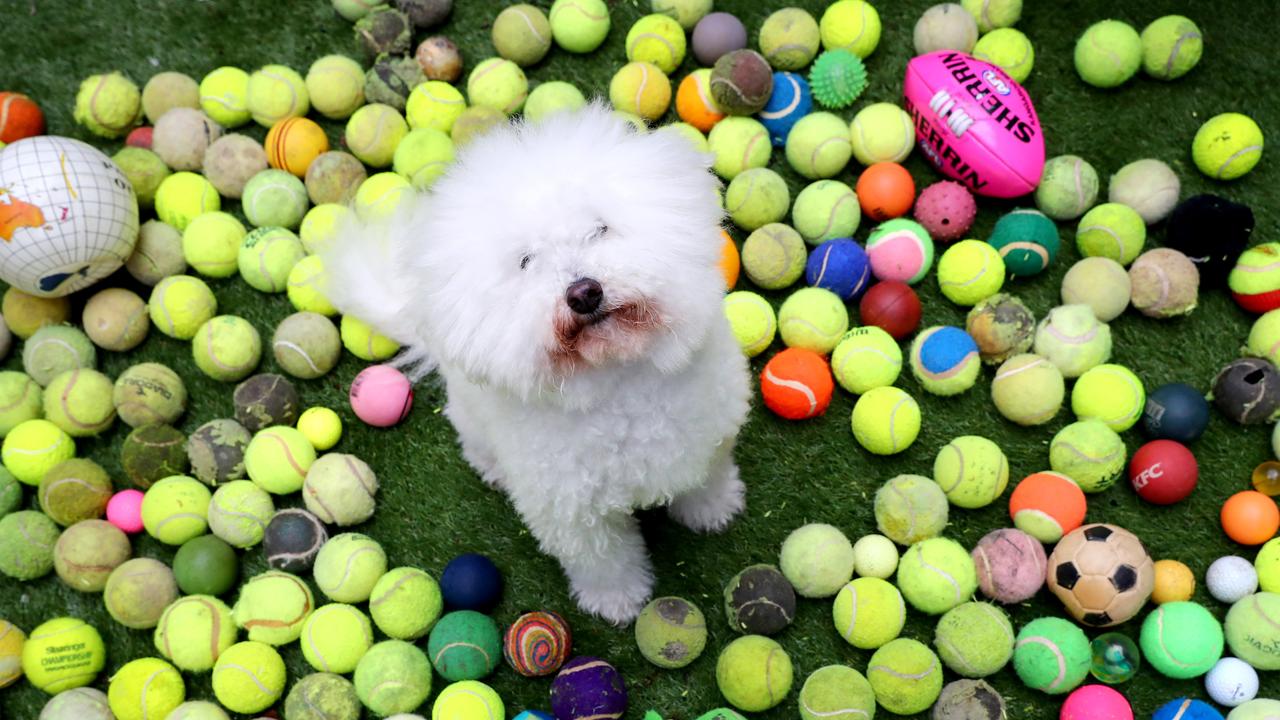 A dog’s bark is only part of the story. A new study has found that our canine* friends mostly communicate with their bodies: all the wiggles, squirms, jumps, rolls, and paw lifting mean something.

Researchers from the University of Salford in the UK have identified* 47 gestures* dogs use to communicate and have translated 19 of them.

Their results have been published in the science journal Animal Cognition.

Surprisingly, most of them mean “scratch me”, not “feed me” — though that is a common request.

But others communicate your dog’s desire to go outside and play. Dogs can communicate by their actions. Picture: supplied

Here’s a quick dog-to-human dictionary to help you translate: Stela knows by reading Bomber’s actions that he wants to play. Picture: AAP

OPEN THE DOOR FOR ME:

Any story about dogs starts a friendly argument with cat lovers about which pet is best and smartest.

Dog owners say their pets are smartest because their pet is loyal, joyous and can be trained.

Cat owners say their pets are smartest for exactly the opposite reasons. Cat lovers say their pets are smarter than dogs. This is smart cat Abigall of Strong and Gentle at an international dog and cat exhibition in Germany last weekend. Picture: AP

But science tells us dogs are clearly ahead when it comes to brain power.

Dogs have about 530 million neurons — nerve cells — controlling their behaviour in the grey, folded part of their brain called the cerebral cortex, compared to only 250 million in cats.

“I believe the absolute number of neurons an animal has, especially in the cerebral cortex, determines the richness of their internal mental* state and their ability to predict what is about to happen in their environment based on past experience,” neuroscientist* Suzana Herculano-Houzel from Vanderbilt University in the US said.

Dogs had the most neurons of any carnivore* — even though they didn’t have the biggest brains. Brown bears had roughly the same number as cats. “Our findings mean to me that dogs have the biological capability* of doing much more complex and flexible things with their lives than cats can,” she said.

If only we could understand what cats thought about that study. If they could read this story, they’d probably say something like: “It’s not how many neurons you have, it’s how you use them.” We’ll have to wait for the cat dictionary.

ANOTHER STORY ABOUT A DOG: Special police medal for hero dog Max

mental: to do with the brain and it’s thoughts and feelings

WE COMMUNICATE WITH GESTURES TOO: Real reason why we have eyebrows

1. What do most of the communications translated mean?

2. What could a dog mean when it gently bites your arm?

3. Name two ways a dog could ask you to open the door.

4. What is the cerebral cortex?

5. How many brain neurons do brown bears have?

Extension: Write a paragraph explaining why you believe cats or dogs are smarter and use some of the evidence in the article to support your arguments.

QUESTION: Can you think of ways humans use gestures and body language to communicate? Give some examples you have noticed and what you think they mean.