Koalas at risk of extinction as fires, drought and disease cut population in half in 20 years 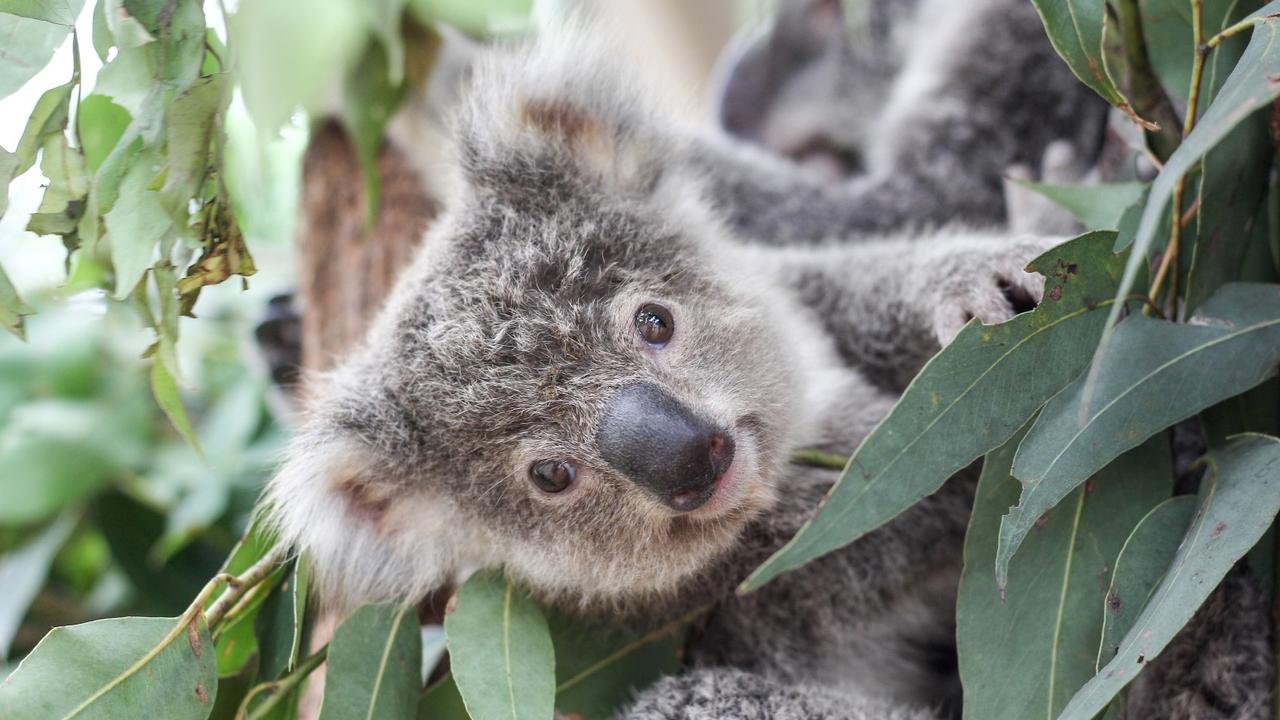 Koala populations across Australia have halved in the past 20 years.

Devastating* bushfires, drought, tree clearing and disease have cut Australia’s koala population in half in the past 20 years.

Conservationists* say the falling numbers are so bad our national icon* could be extinct* by 2050.

This year’s bushfires in Queensland and NSW killed so many koalas that they are soon likely to be declared an endangered species* by government authorities in those states and the Australian Capital Territory.

A report released this month by the World Wildlife Fund shows Queensland’s koala population has crashed by at least 50 per cent since 2001 because of forest destruction*, lack of rain, the spread of the disease chlamydia and the recent bushfires.

It also found that more than 6000 koalas died in the NSW bushfires. Medical staff and volunteers from the Port Macquarie Koala hospital helped to treat this koala with burnt ears and paws. The koala was rescued from the NSW bushfires. Picture Nathan Edwards

“We urgently need a plan that locks away the key areas that must be saved,” he said.

Another report found the New South Wales koala population has suffered a decline of between 33 per cent and 61 per cent since 2001.

“Koalas were already on the path to extinction in eastern Australia,’’ a WWF spokesman said.

“Then came the 2019-2020 bushfires when the koala became the unfortunate wildlife icon of the crisis both internationally and domestically.

“Many important populations were directly in the path of the fires, and may not recover without serious and long-term rescue efforts.’’ Tree clearing across Australia has robbed many koalas of their homes. Picture: Emma Brasier/AAP.

It is understood the Federal Government’s Threatened Species Scientific Committee is already considering the conservation status* of the koala, which is currently listed as vulnerable.

Raising the koala to endangered species status would increase protection for forests and woodlands where koalas live, help to raise funding and increase public support for the species.

WWF-Australia conservation scientist Dr Stuart Blanch said: “Ecologists* estimate koala numbers in Queensland, New South Wales and the ACT have likely more than halved since 2000. We call on the Australian environment minister to use federal environmental law to list them as ‘endangered’ in eastern states to increase legal protections for forests and woodlands where koalas live.”

Wild beasts come out to play as humans stay in

CLASSROOM ACTIVITIES
1. Spread the word
Create a poster (either by hand or on the computer) to inform the public about the decline in the koala population. Your poster should be colourful and eye-catch and include:

– A headline with impact

– A picture that appeals to the viewer’s emotions

– The reasons for the decline in population

– A graph or visual representation of the decrease in koala numbers

2. Extension
The article talks about the possibility of raising the koala’s conservation status to ‘endangered’. Do some further research to find the answer to these related questions:

(a) What is the koala’s current conservation status?

(b) How is the term ‘endangered’ defined by the WWF?

(c) What are the names of some other Australian animals that are considered endangered?

HAVE YOUR SAY: What changes do you think Australia should make to save the koala?
No one-word answers. Use full sentences to explain your thinking. No comments will show until approved by editors.