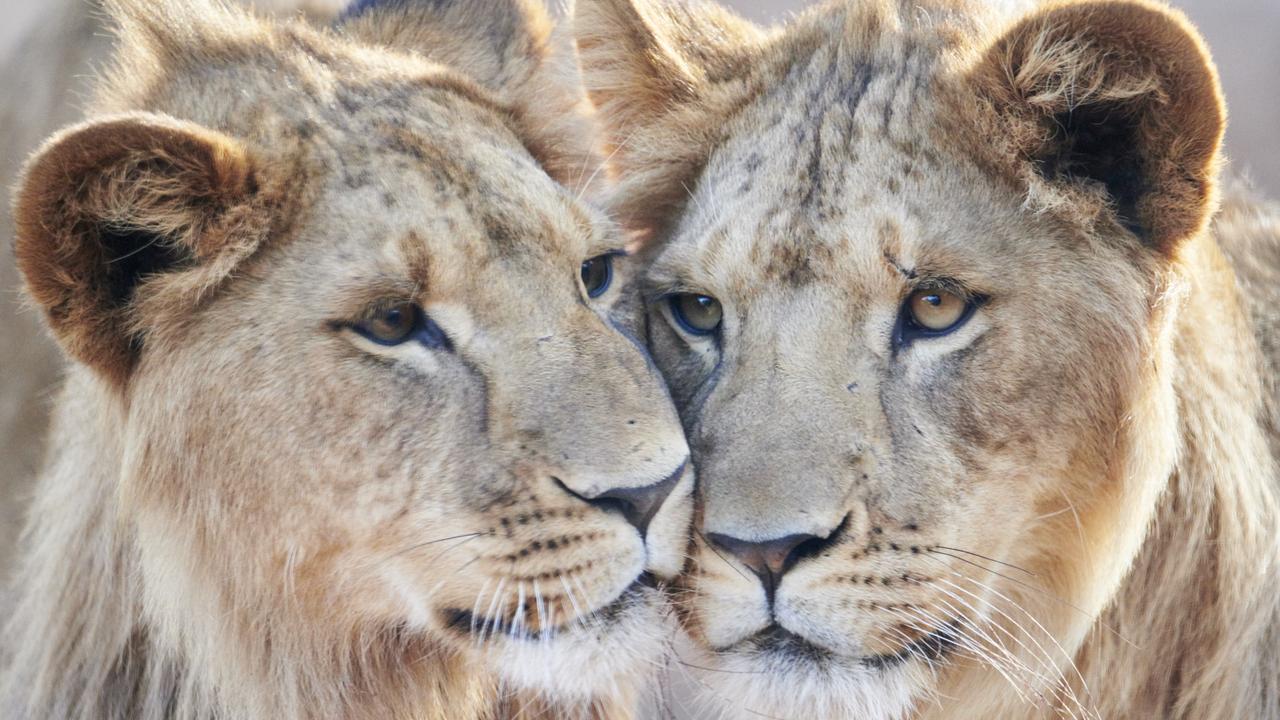 Big cat keepers at an Australian zoo are feeding the lions meat sprinkled with glitter.

But the fun food garnish* is not because it’s anyone’s birthday or even because it looks pretty.

It’s so the keepers can know whose poo is whose.

The glitter party happening at Werribee Open Range Zoo in Victoria is an actual scientific technique called faecal* tracking. The glitter is what is called a faecal marker, marking who did each poo.

When the keepers study each shimmering, glittery sample they know exactly which lion it came from.

“People are often very surprised when they find out we use glitter in our line of work,” said lion keeper Nicola McCleery.

“But with social animals, like lions, it can be really difficult to monitor* faeces* when you don’t know whose is whose. This is a really simple, safe and effective way to monitor the health of our animals.”

HOW GLITTER WORKS
If keepers are at all worried about a particular lion’s health, the animal is assigned* a glitter colour. Colours range from fluorescent orange to iridescent* green.

One of Werribee’s lions — two-year-old Kibibi — is currently being monitored by the keepers.

“Kibibi’s colour is pink,” Ms McCleery said. “She’s been having some difficulty with her digestion lately, so we’ve been using pink glitter in her meat to discover if there’s anything wrong.”

To add glitter to a lion’s food, keepers make a cut in a piece of meat and insert a small amount of veterinary-approved glitter. Glitter is a better choice as a faecal marker than a dye as that could change the meat’s consistency, or whether it is wetter or drier, runnier or more solid. Keepers separate the lion they are watching for its glitter meal so only that lion eats it.

When the lion does a poo, the keepers collect it and send it away for testing, knowing exactly which lion it came from.

“If we think the faecal sample needs testing, it gets sent off to our veterinary clinic,” Ms McCleery said.

WHAT POO CAN TELL THE KEEPERS
Information from tests on the glittery poo can tell the keepers whether the lion is sick or stressed, whether hormone* levels are normal and its digestion healthy.

It’s a gentle way to give the lion a check up.

“It’s much less invasive than collecting the same information using blood draws* or any procedure that might require anaesthesia*,” Ms McCleery said.

Visitors don’t usually get close enough to the poo of a big cat to see it has glitter in it, but it’s quite common for zoo animals. At Werribee, keepers also do this with serval cats, a spotty wild cat from Africa.

“This is just one more great tool we have for managing the health and welfare* of the animals in our care,” Ms McCleery said. MEET THE LIONS
Their scientific name is Panthera leo.

They come from Africa. Though people sometimes call them the king of the jungle, they live on African grasslands called savanna.

The species is declining in number and is considered vulnerable* to extinction.

They are the only social cats. They live in family groups called prides of 10 or 15 lions.

Females do most of the hunting for food and males spend their days patrolling the pride’s territory to protect the other lions. Zebras and wildebeest are common prey.

Adult lions can run at 81kmh.

A lion cub is sometimes also called a whelp or lionet.

Meet the lion cubs, named by you

2. Extension
Some people think that keeping wild animals, such as lions, in zoos is wrong and cruel. What do you think lion keeper Nicola McCleery would say about this? Write at least two paragraphs.  Use information in today’s story to help you.

It’s a hoax! Don’t believe it! The real reason there is glitter in the ‘lion’s’ poo is because … shh come closer … they are really unicorns in lion costumes! I’m not joking. Who are you going to believe, the zoo feeding glitter to the lions (yeah, right) or that they are really a mythical creature in disguise?

Note: the VCOP activity above is made up and the Kids News article is really true. Your job is to write a narrative!

HAVE YOUR SAY: If you were a zookeeper, which animal would you like to look after?
No one-word answers. Use full sentences to explain your thinking. No comments will be published until approved by editors.