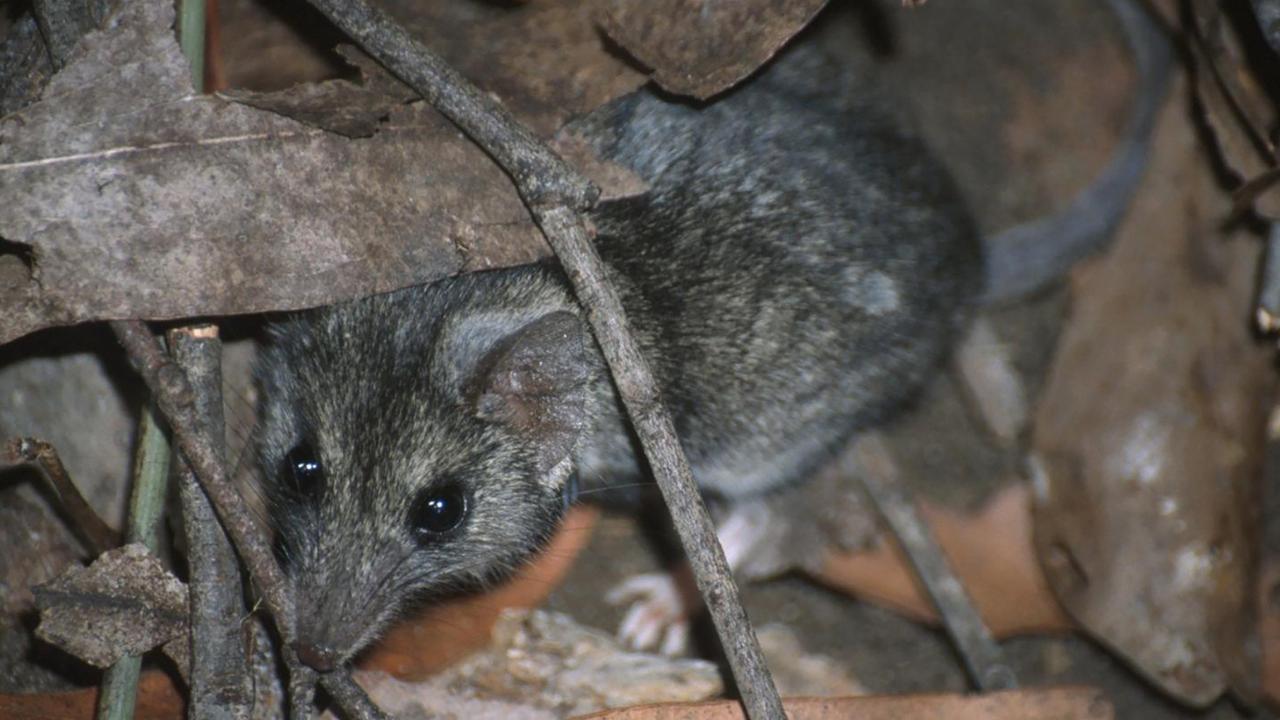 A tiny, critically* endangered marsupial has amazed conservationists* on Kangaroo Island, after being spotted scampering* in bushland destroyed in this year’s bushfires.

More than 90 per cent of the Kangaroo Island dunnart’s habitat was burned in the blaze that swept across the South Australian island in January.

Since then, the Kangaroo Island Land for Wildlife (KILfW) group has been working with local landowners to track the mouse-like animal, with fears just 50 could remain in the wild.

Sensor cameras detected a small number of dunnarts living on a patch of unburnt land earlier this year.

But the animal has now been spotted in an area that was left with no green vegetation following the fires, raising hopes they could still be saved from extinction.

Local Peter Hammond, whose property is being used to monitor the animals, described the find as the “most exciting thing to happen here this year”.

“How did the dunnart survive the devastation of our property and the entire surrounding district?” he said on Facebook. “What a tale of survival!” Pat Hodgens, an ecologist* with the KILfW group, said he was amazed to see the animal back where they were known to live before the fires.

“Amazing they escaped the fire itself then found enough food and then evaded predators,” he said on Twitter.

But Mr Hodgens cautioned* that dunnart numbers were still low at other survey sites.

“It is important to note that while this is fantastic news, we have many survey sites that are not detecting KI dunnarts,” he said.

“We also don’t yet have a good handle* on the number of individuals in remnant* patches, therefore all detections are significant”. The Kangaroo Island dunnart is only found on the island and is also threatened by feral cats.

Over the past couple of months, volunteers have been building shelter tunnels to protect the animal and other small threatened species from predators as they move between areas.

“We will continue to survey for this critically endangered dunnart across west end privately owned properties and help landholders in important threat reduction activities to support recovery,” the KILfW group said.

CLASSROOM ACTIVITIES
1. Design a Shelter
Locals on Kangaroo Island are building shelter tunnels to help the dunnarts and other small animals. Design a shelter tunnel that you could build for these creatures. Don’t forget to label all the features of the tunnel to help explain your design choices.

2. Extension
Imagine you could interview some of the surviving dunnarts for Kids News and you are writing a story about how they survived. Write four questions you could ask them and then write the answers you think they would give you. Use lots of details so that your readers understand their amazing story.

HAVE YOUR SAY: What endangered species would you like to find?
No one-word answers. Use full sentences to explain your thinking. No comments will be published until approved by editors.