It’s not quite 101, but a litter of 19 dalmatian pups born in Australia has set a new world record 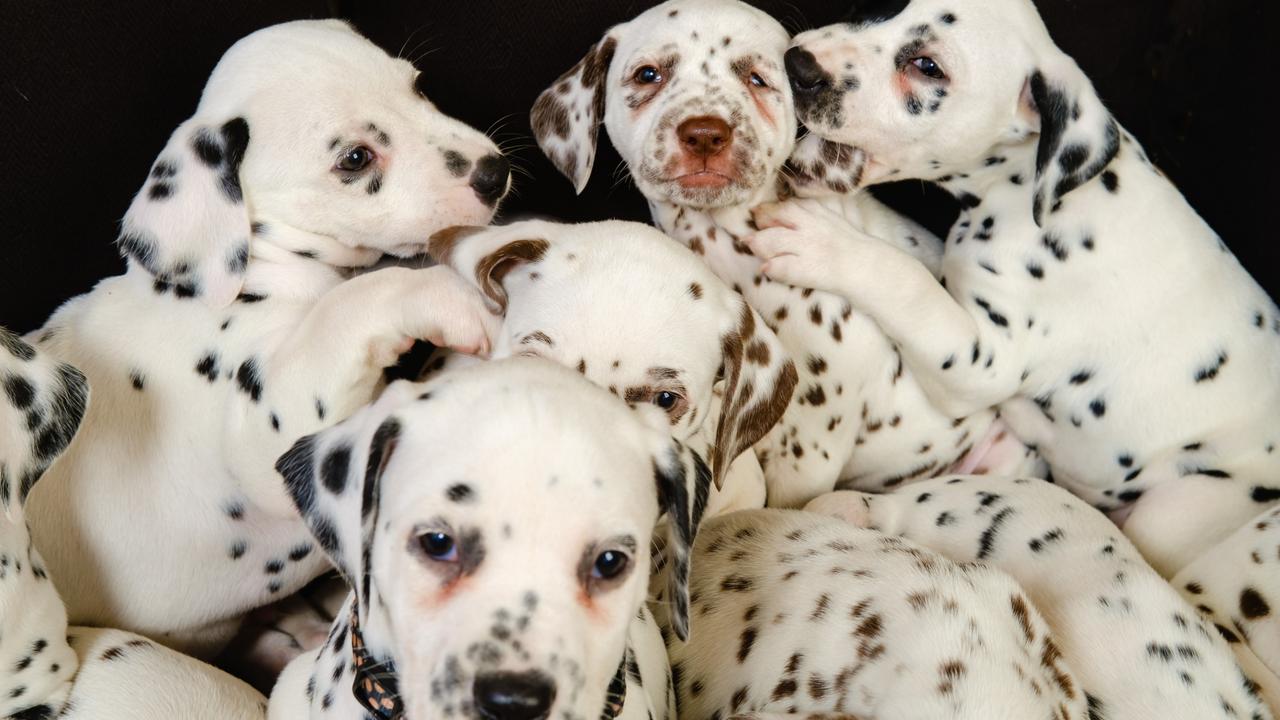 Some of the 19 dalmatian puppies born in Albury in NSW setting a new world record.

An Australian dalmatian has broken a world record after giving birth to 19 adorable, spotty puppies in a single litter*.

It sounds like a storyline from a Disney movie, but it was reality for breeder* Melissa O’Brien when her dog Melody gave birth to the huge litter in June in Albury in NSW.

Melody put on 15kg before the birth so Ms O’Brien knew it would be a large litter, but it was still difficult for her to predict the final number of puppies.

The 19 dalmatian pups are all named after Disney characters.

Once the puppies started arriving, they were all big in size and it took four headcounts to convince the vet and Ms O’Brien that there were 19 in total.

For the record, Melody is the proud mum of 10 boys and nine girls. They are all named after Disney characters including Belle from Beauty and the Beast and Pumbaa from The Lion King.

Ms O’Brien, who has been breeding for more than 10 years, said this was Melody’s first litter and would also be her last as she is now officially retired. Melissa O’Brien from Albury with some of the 19 pups.

Australia seems to be the ideal place for breeding large dalmatian litters.

CC dalmatians breeder Cecilia Langton-Bunker equalled the world record two years ago when her dog Miley gave birth to 18 puppies after a 13-and-a-half hour labour in Ballarat in Victoria.

CLASSROOM ACTIVITIES
1. Name that puppy
Melissa O’Brien chose Disney names for her litter of 19 puppies. If your dog gave birth to 19 puppies, what names would you choose? Would you follow a theme such as all names starting with D, names similar to movie characters or something else?

Write out the theme and the list of names you would choose.

2. Extension
How do you think Melody the mother dog would feel after giving birth to 19 babies and then having them sold to live in other homes?
Write a paragraph using lots of adjectives to describe her thoughts and feelings.

HAVE YOUR SAY: What is your favourite breed of dog and why?
No one-word answers. Use full sentences to explain your thinking. No comments will show until approved by editors.