The flying fox gets some special attention as she recovers from her surgery and prepares to be released back into the wild. Picture: Zoos Victoria

A grey-headed flying fox is back gliding through the night after life-saving surgery on a broken wing.

The female flying fox’s wing was badly injured when she was tangled in netting placed over fruit trees in Geelong, Victoria.

She was rescued and taken to Werribee Open Range Zoo’s veterinary hospital where she needed two operations to repair the wing. Dr Paul Eden said the flying fox was in a very serious condition when she arrived.

“Flying foxes are highly dependent* on their wings for many purposes,” Dr Eden said.

“They can fly an astonishing 6000km in a year to search for food and pollinate a wide range of plants, supporting ecosystems* such as entire eucalypt forests, an important habitat for animals like koalas and possums.

“They also use their wings to help capture insects, regulate body temperature and attract other flying foxes during mating season.

“So, it was extremely important that we did everything we could to help this animal make a full recovery.” Vets operated to remove some of the flying fox’s damaged wing tissue and also gave her antibiotics and pain relief medication.

Following the successful procedure, the flying fox was transferred to a wildlife carer to prepare her for release back into the wild.

Dr Eden said it was very rewarding to see the flying fox recover fully and safely return to the wild.

Grey-headed flying foxes are classified as vulnerable* in the wild, with their population declining due to habitat loss and the impacts of climate change, particularly extreme heat, drought and fires.

Dr Eden said flying foxes played a critical role in Australia’s ecosystem, not only for the survival of other native animals but also humans.

“Our ecosystem would be dramatically different, or cease to exist altogether, without flying foxes,” Dr Eden said. The flying fox broke her wing after getting tangled in this netting that had been placed over fruit trees in Geelong, Victoria. Picture: Zoos Victoria

Dr Eden said there were some simple actions people could take to keep flying foxes safe, including reducing the risk of entanglements by using nets with a mesh size no bigger than 5mm x 5mm when fully stretched over vegetable gardens or fruit trees.

“If you encounter a flying fox that is sick or in distress, for the safety of everyone, don’t 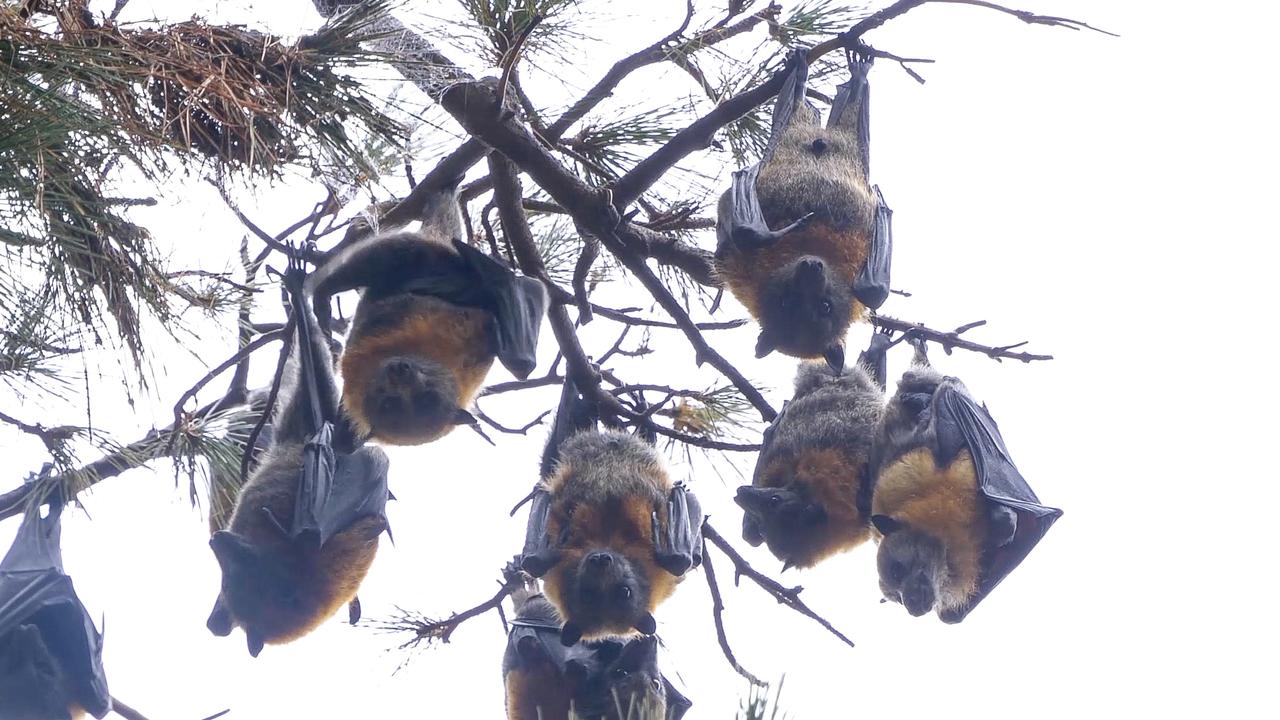 CLASSROOM ACTIVITIES
1. Information poster
Highlight key facts about grey-headed flying foxes within this news story. Use the highlighted facts to help you create an information poster about the animal.

Your poster should include a title, a picture and paragraphs (with relevant subheadings) about three different topics related to them.

2. Extension
Draw a diagram to show some of the ways in which flying foxes contribute to a healthy ecosystem.

Create a conversation between two characters from the article – you may need or want to include yourself as one of the characters.