Amazing photographs have captured the moment a humpback whale high-fived a diver in a playful underwater exchange*.

The giant creature also extended his flipper and rose out of the ocean to peek at the diving team’s boat.

Sydney photographer David Edgar was on an expedition in Tonga when he snapped the interaction*. A humpback whale plays with a swimmer in Tonga, giving a high-five with its pectoral fin. Picture: David Edgar

“The photos came from a two to three-hour encounter* with an extremely playful adolescent* male,” Mr Edgar said.

“The whale came right up to the boat and would spy-hop* — swimming vertically and sticking his head out of the water to look at us. The whale spy hopping, which means swimming up and sticking its head out of the water to look at the boat. Picture: David Edgar

“A group of us got into the water and, within moments, the curious whale was circling around us and swimming right underneath us to get a good look.

“He did this for about half an hour as our group bunched together tightly in the water, basically staying in the exact same spot.” 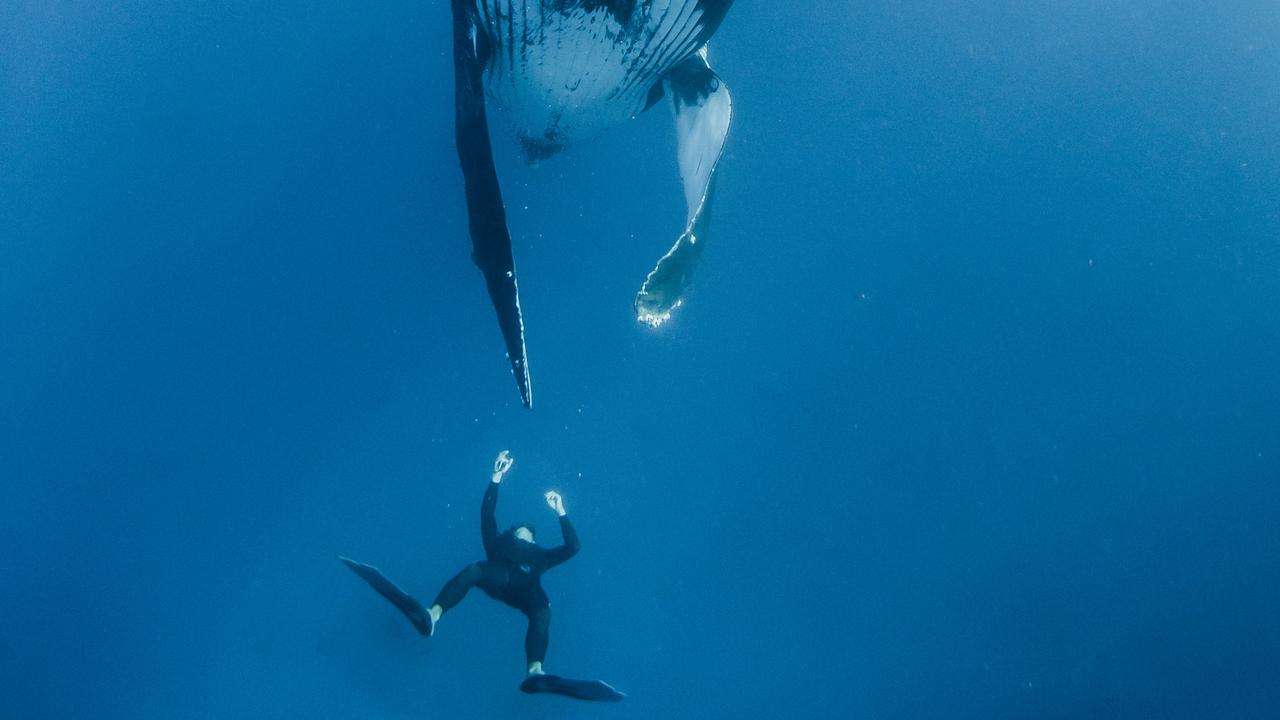 The whale played around the group of swimmers for two to three hours. Picture: David Edgar

The inquisitive* creature’s keenness* to interact* with them amazed Mr Edgar.

“He’d gently place his pectoral* fin out in front of us, and just leave it hanging there as he swam around us.

“At one point, he swam away and collected a group of his whale friends to come over and look at us, too.”

The whale also extended his flipper and rose out of the ocean to peek at the diving team’s boat. 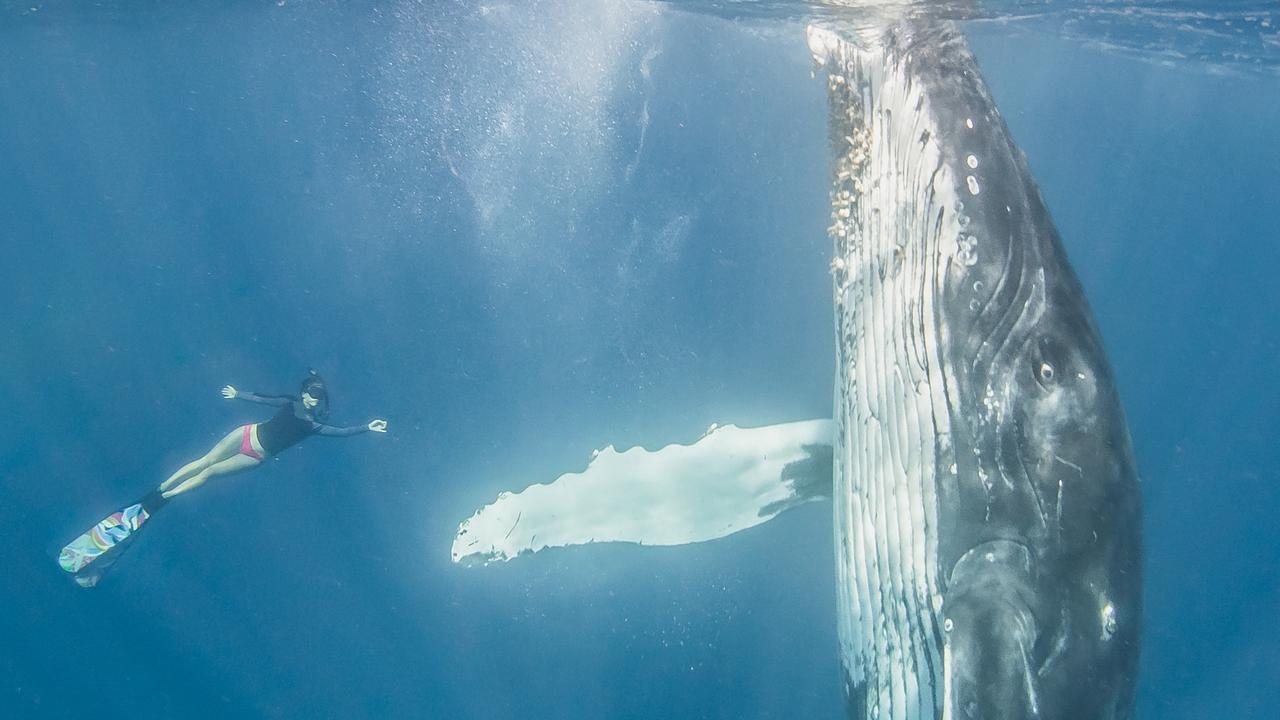 David Edgar and his wife, Alice, were in Tonga, which is a group of island in the Pacific Ocean, when David took these photos of the curious whale. Picture: David Edgar It is important not to chase a whale, for its own safety, but this whale kept following and playing with the swimmers. Picture: David Edgar 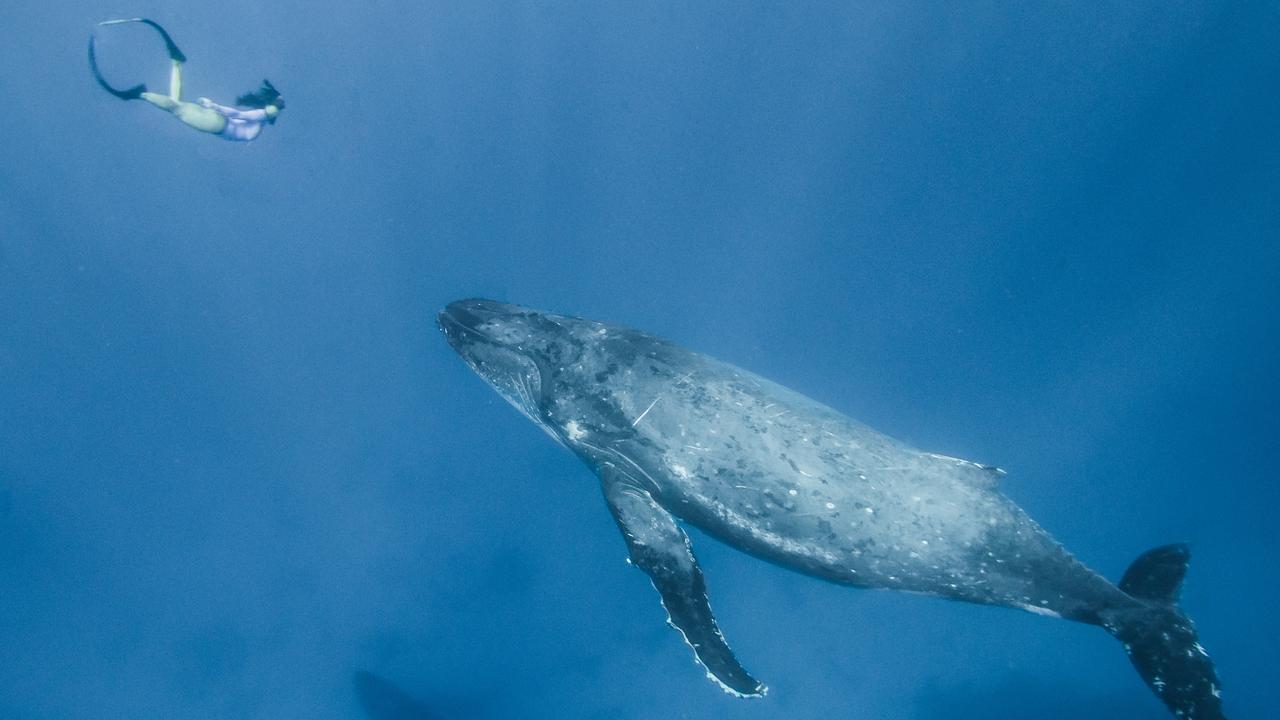 This was a young male humpback. Males are smaller than females. Picture: David Edgar

CLASSROOM ACTIVITIES
1. Whale of a Time
Use the information about this playful whale in the Kids News story to illustrate and write a comic strip. Your comic should reflect what actually happened but you can add details such as giving it a name and writing speech bubbles reflecting what the whale might have been thinking and feeling.

2. Extension
On a world map, mark the annual migration passage of humpback whales.

HAVE YOUR SAY: Describe how you would feel if a whale came towards you and tried to give you a high five. Would you be excited, happy or scared? Use full sentences. No one-word answers. No comments will show until approved by editors.