In ancient shark showdown, ‘Jaws’ may have doomed ‘The Meg’ 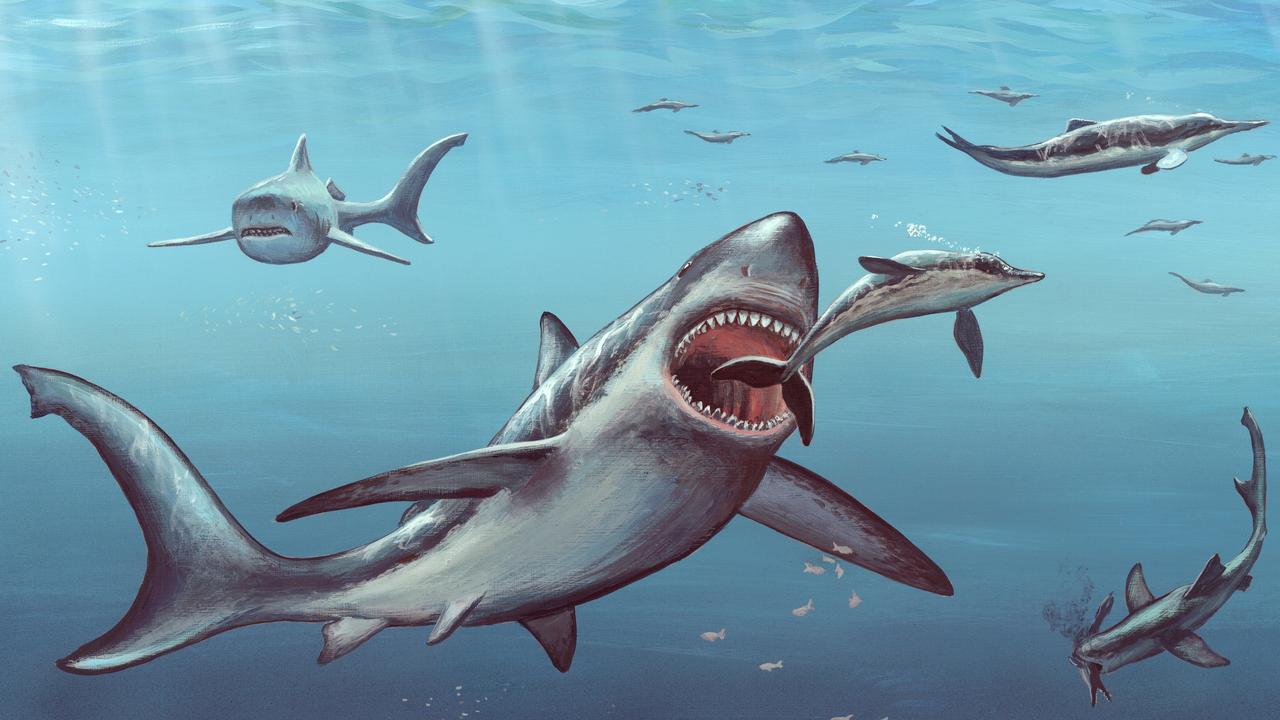 Tough at the top: apex predator the megalodon may have met its match in the great white shark, whose arrival meant fresh competition for food. Picture: supplied

Competing with the great white shark may have driven the megalodon to extinction*, according to international research.

In a scene ripe for a Hollywood retelling, the megalodon – one of the largest carnivores* to have ever existed – may have been locked in an epic clash with the great white for food sources like whales, dolphins, and porpoises.

Researchers looked at zinc isotopes* in the teeth of wild and aquarium sharks, and compared them to 13 fossil megalodon teeth. Zinc isotopes are used to understand the diet of an animal and figure out where they sit in the food chain. The scientists found that when great white sharks and megalodon coexisted, they held similar positions at the very top. Researchers studied 13 fossil megalodon teeth as well as those of wild and aquarium sharks to determine their place in the food chain. Pictured is one of the world’s largest set of shark jaws, made up of about 180 fossil teeth from an ancient megalodon that is believed to have been the size of a school bus. Picture: AFP

Megalodon appeared about 15 million years ago and became extinct about 3.6 million years ago. One of the largest predators* in Earth’s history, it reached at least 15m and possibly 20m in length while feeding on marine mammals including whales. So while the megalodon likely ruled the seas for millions of years, the great white shark’s arrival about 5.3 million years ago added an apex challenger that was hunting similar prey.

The great white shark measured at least 6m and may have been the more agile* of the two. This illustration indicates the difference in scale between a great white shark (green), the extinct megalodon (grey and red) and a human being (blue). Gulp! Picture: supplied

“The megalodon coexisted with the great white shark during the time frame called the early Pliocene, and our zinc data suggest that they seem to have indeed occupied the same position in the food chain,” said DePaul University palaeobiologist Professor Kenshu Shimada, a co-author of the study published on Tuesday in the journal Nature Communications.

Professor Shimada said there were several theories about why megalodon became extinct. It’s good to be king: with the demise of the megalodon, the great white shark became the undisputed natural apex predator of the aquatic world. Picture: Istock

“Traditional hypotheses have attributed this to climate change and the decline in food sources,” he said. “However, a recently proposed hypothesis* contends that megalodon lost the competition with the newly evolved great white shark. Our new study appears to support this proposition*. It is also entirely possible that a combination of multiple factors may have been at play.”

The researchers said it was not thought that the great white hunted its larger cousin. Today’s great white sharks hunt sea turtles as well as marine mammals. 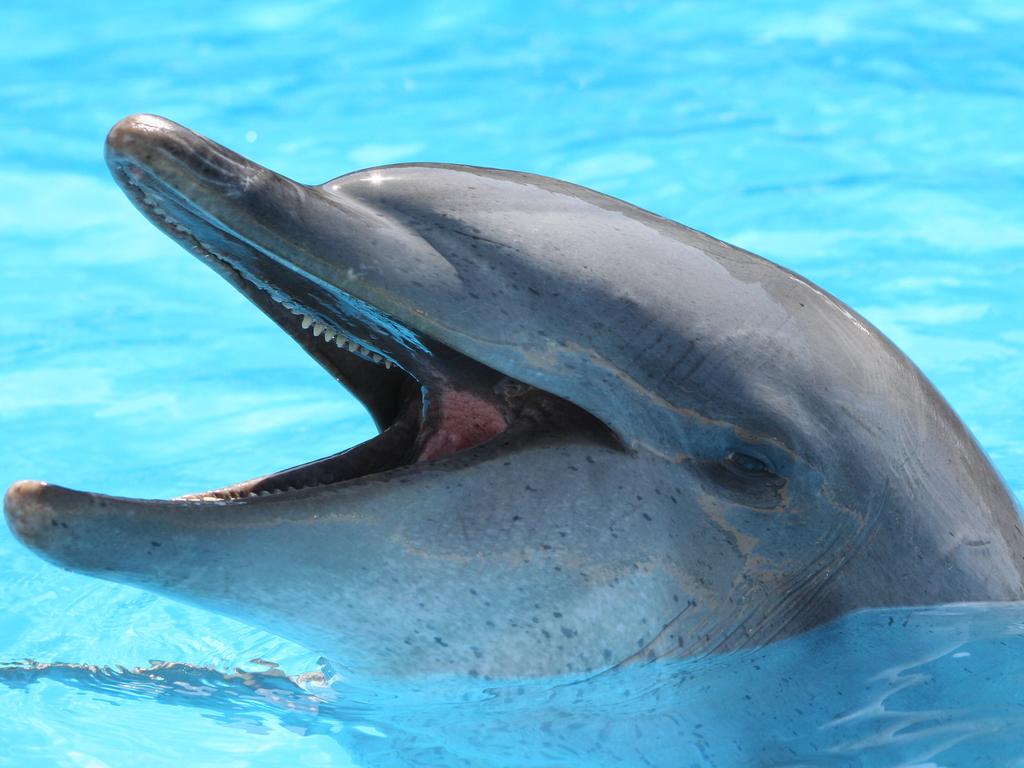 Marine mammals including dolphins remain the primary food source for great white sharks and were once prey to the mighty megalodon as well. Picture: supplied

“At the bottom of the food chain are our ‘primary producers’ … that convert solar energy to food,” said William Paterson University Associate Professor Michael Griffiths, co-author of the study. “At the top of the food chain are the apex predators like great white sharks, who have no predators except for humans, while in between we have herbivores*, omnivores* and lower-level carnivores.” Porpoises, dolphins, turtles and whales are all potential prey for a great white shark. Picture: supplied

For a creature that played a vital role in marine ecosystems* for millions of years, the megalodon remains mysterious. Because shark skeletons are cartilage* rather than bone, they do not fossilise well, making it hard to know exactly what megalodon looked like. However, many megalodon tooth fossils have been found around the world.

“Megalodon is typically portrayed as a super-sized, monstrous shark in novels and films, but the reality is that we still know very little about this extinct shark,” Professor Shimada said.

CLASSROOM ACTIVITIES
1. Make a chain
Associate Professor Michael Griffiths talks about the food chain in the article. Create a poster, diagram or model that will help a younger student understand what the food chain is and how it works.

VCOP ACTIVITY
Vivacious vocabulary
Find words in the text that you find high-level and highlight them in yellow.

They are not wow words yet because you might not understand what they mean. Some of the words you have highlighted might be in the glossary, but there are probably some extra ones that you need to investigate further.

Pick three of your highlighted words and let’s investigate.

Create a card template that you can use as a resource in your classroom.

At the top write one of your highlighted words. Underneath this, add a kid-friendly definition. That means you might need to first look up the word in the dictionary, then rewrite the definition to make more sense to kids.

Next you’ll need to come up with two new examples of sentences for your word to show how it can be used.

And finally, see if you can create two activities that you could do to investigate the word further.

Share with a classmate to see what word they chose. Can you complete each other’s activity?