Mobs* of hungry, thirsty emus have invaded the streets of the South Australian town of Peterborough.

High school staff called the council for help to shoo about 80 emus from the oval this week. On Mother’s Day, the native birds ate flowers left on graves in the local cemetery.

A dry autumn in the area has left the emus without enough to eat or drink.

“It’s causing serious traffic problems, it’s very dangerous on the roads, we’ve had emus and kangaroos, and one couple had to stay here two days last week because their car was a write-off* after an accident with one,” Mrs Whittle said.

At least one emu has wandered down the main street, others have eaten plants in town gardens and they have been gathering in large mobs near water troughs in paddocks just outside the town of 1400 people. Emus are wandering down the main street of Peterborough. Picture: Dylan Coker

They have also caused problems for farmers as the protected emus have eaten seed sown in paddocks before it had an opportunity to germinate*.

The native birds, along with kangaroos, were heading into the town about three hours’ drive north of Adelaide in search of food and water as “we just haven’t had any rain”, Mrs Whittle said, adding she’d never seen emus in such large numbers in the area.

Local Shirley Dearlove said emus were in the main street, in people’s gardens and most farmers had emus on their properties.

“We have people asking when they come in off the Orroroo road is someone out there farming emus?” she said.

The council’s Lawrence Heath is on the frontline* in keeping the town emu safe, saying “it’s bizarre seeing them wandering around the streets not giving a hoot”. Council officer Lawrence Heath can’t do much to keep emus or drivers safe except try to move the emus off roads. Picture: Tait Schmaal

The council has warned school students to keep clear of the animals.

Mr Heath said Natural Resources Management staff told him emu numbers increased after good rain last year. But after a dry period, the bigger population was struggling to find food. Like all native animals, emus are protected, which means their numbers can’t be controlled as introduced — non-native — animals such as foxes or rabbits can be.

There was little staff could do except move birds away from roads and the town’s airstrip so planes could land safely.

“I’ve never seen this number before and I’ve spoken to a lot others who are saying the same,” Mr Heath said. 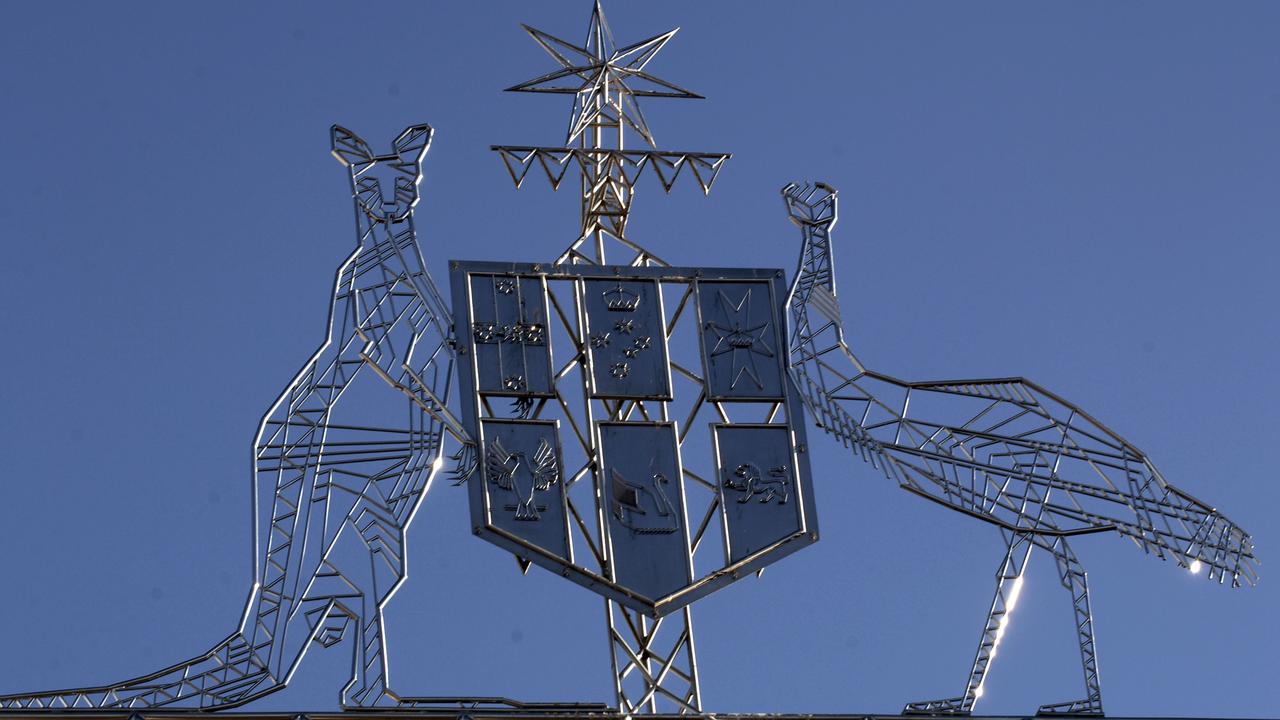 The Australian Coat of Arms above Parliament House in Canberra includes an emu and a kangaroo.

CLASSROOM ACTIVITIES
1. Solving the problem
Think about what could be done to help solve this problem. Write a list of at least five solutions. Next to each solution, write sentences explaining how and why this is a good idea. Then write some points on what would need to be done or organised to make the solution happen.

2. Extension
Write a story that begins with: “It was just another day at school. That is, until we saw the emus.”

VCOP ACTIVITY
After reading the article, with a partner highlight all the openers you can find in blue. Discuss if they are powerful and varied openers or not. Why do you think the journalists has used a mix of simple and power openers? Would you change any, and why?