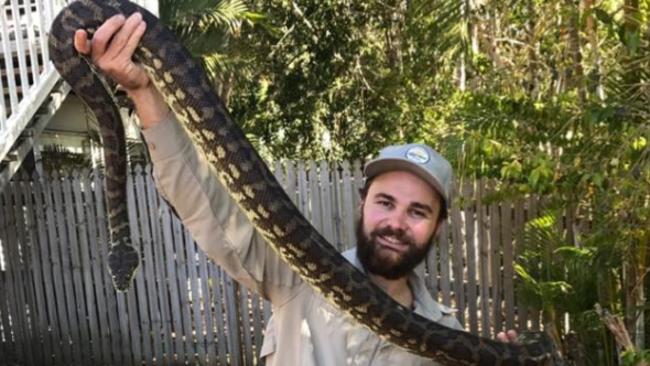 We all know snakes love to sun themselves in long grass in spring and summer, but one Queensland driver found an interesting hiding spot for one monster python* much closer to home.

The python, which was almost 4m long, decided to hitch a ride with the unsuspecting driver last week after discovering a cosy place to rest in his toasty car bonnet.

Once the snake found a warm spot it wouldn’t budge* and it was time to call in the professionals* to safely remove the reptile.

Sunshine Coast Snake Catchers posted a picture of the stowaway* snake to its Facebook page after it was found under a panel happily warming itself on the engine. 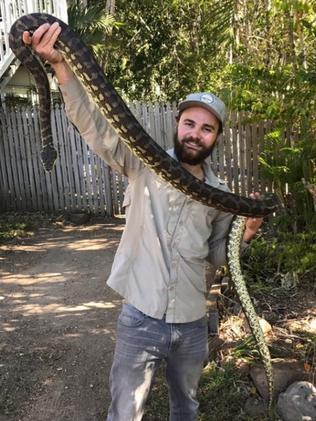 The python was discovered near Coolum Beach but the experts believe the sneaky snake could have hitched a lift from Noosa, 28km away.

One Facebook user wanted to know how they removed the animal “without having to do serious mechanical work and injuring the snake”.

The catchers explained that the process involved a lot of patience and gently moving the snake around until it was in a position to be lifted out.

“Just a lot of gently prodding* and ticking of its tail! Eventually he came out in to an area I could get him out without hurting him,” they said.

SNAKES OUT AND ABOUT 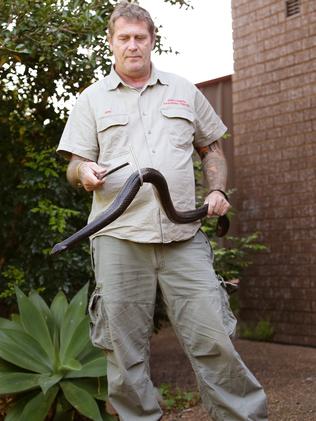 He said spring and summer were the prime time for snakes as they ventured out of hiding spots to find daytime warmth.

But it is often their search for a place to cool off after a day of sunbaking that brings them closest to people.

Mr Mostyn said the species had an unfair reputation for aggression, when in reality they acted only in self-defence.

“They won’t hesitate to bite if provoked, though.”

“They’re very nervous. They’re very attuned* to movement, so any fast movement and they react to it.” Mr Mostyn said.

WHAT TO DO IF YOU SEE A SNAKE?

If you see a snake, leave it alone, make no sudden* movements and slowly back away from the area to give it a chance to move on.

“If you give distance between yourself and the snake, the snake is going to go on his merry way — he doesn’t want to hurt you, he just wants to get away from you,” snakes expert Mr Mostyn said.

After reading the article on the python hiding in a car in Queensland, answer the following questions in as much detail as possible.

• What sort of snake was spotted in the driver’s car?

• How long was the snake?

• Where was it hiding?

• Who removed the snake from the vehicle?

• Where in Queensland was the snake found?

• How did they successfully remove the snake?

• What should you do if you see a snake?

Extension:
Research a type of venomous snake found in Australia.
Prepare a one page report on this snake.
Include where it is found, what it looks like and what to do if it attacks.

Using the St John Australia fact sheet (http://stjohn.org.au/assets/uploads/fact%20sheets/english/FS_snakebite.pdf), make a poster on how to help someone that has been bitten by a snake.
Make sure your poster uses kid friendly language.

Is first aid different for different types of snake bites?

Extension:
How does the first aid differ from someone who has been bitten by a snake compared to a spider?

Use the St John Australia fact sheet to help you.

Alliteration is the repetition of the same letter or sound at the beginning of words in a sentence.

Using the first sound of either your first or last name, write a sentence using alliteration about an animal.

Example: Slithering silently, Sammy snake snuck into the side window.

HAVE A WHALE OF A TIME WITH VR

ARE TASSIE TIGERS LIVING IN THE CITY?