A HUGE huntsman spider has survived a 16,000km trip from Australia to Britain after stowing away* inside a family’s belongings.

The 18cm arachnid* was found alive among suitcases in a shipping container at a removal company in Mertsam, Surrey.

It survived by eating locusts*, which were also among the belongings.

The RSPCA is an animal welfare group with branches all around the world. They can be called whenever there is an animal found somewhere it shouldn’t be.

Animal collection officer Annie Janes said: “From the empty locust shells found in the container it seems he has thankfully been able to find food during that length of time, but it’s a long time to go without water, and he’s lucky he didn’t get squished by any boxes or furniture. 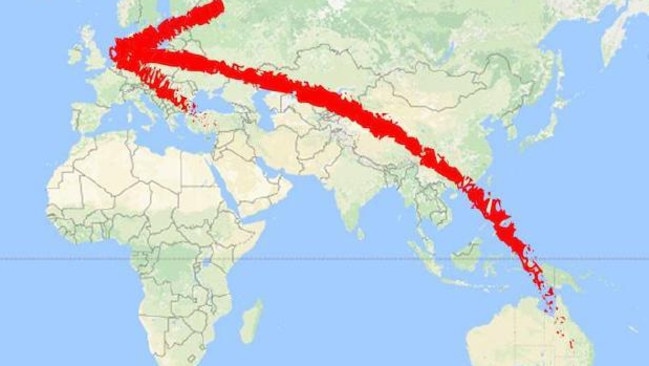 “When I arrived he had been caught in a box and I carefully put a few drops of water down which he drank for some time, before confining him in a secure* carrier.

“Finding an exotic spider or insect in a shipping or removal container is not as rare as you may think — because the containers can include outdoor belongings like children’s play equipment and garden furniture, spiders can get picked up by mistake.”

The spider was taken to Heathrow Animal Reception in Hounslow, who will arrange for him to be rehomed to a specialist.

“He was about the size of my two hands put together, roughly 18cm, so quite something to look at,” she said.

“Huntsman spiders are not venomous* but they can give a nasty bite.” 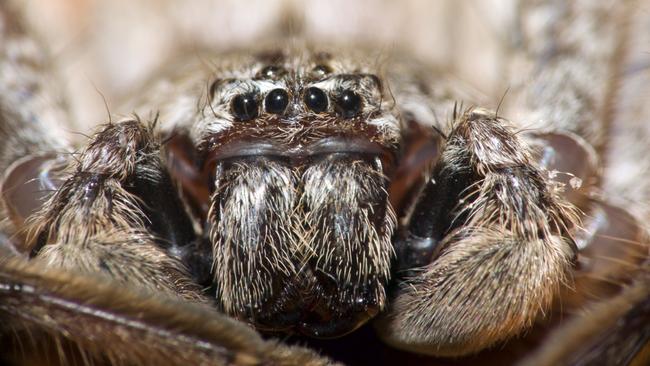 The large, hairy spiders originate* in parts of Australasia, Africa, Asia, the Mediterranean Basin, and the Americas.

The giant variety, Heteropoda maxima, can grow to up to 30cm in leg span.

This story first appeared in The Sun newspaper in the UK and is published with permission.

stowing away: hiding somewhere while travelling

After reading the article on the huge huntsman spider found in Britain, complete the sentences below.

• The spider survived by eating…

• He’s lucky he didn’t get squished by any…

• Spiders can get picked up by…

• The spider was taken to…

• He was about the size of my…

• Huntsman spiders are not…

• The large, hairy spiders originate in parts of…

Research the huntsman spider and present a fact file on their appearance, size and characteristics.

Work in small groups of three or four to write a short rap song about the adventure of this huntsman spider.

You can give the spider a name and some personality traits and tell us about his voyage.

Write it to the beat of boom box/rap song and perform your rap to the class.

Write a choose your own adventure type narrative about the voyage of this spider.

What words would you use to describe a spider?

Write a diary from the perspective of the huntsman.

What would he/she be thinking and feeling on their 16,000km journey?

HAVE A WHALE OF A TIME WITH VR