A surprise koala population has been found in Kosciuszko National Park, despite only 16 previous recorded sightings in more than 80 years.

“It’s not going to solve the problem, but it’s reassuring that we might have more of a hope … than we originally thought,” Professor Lindenmayer said. Prior to the discovery of this population, there had only been 16 koalas sightings recorded in Kosciuszko National Park in more than 80 years in the Picture: David Swift

He said more research was needed to estimate the size of the “significant” population but a few thousand would be a “substantial con­tribution” to the overall NSW population.

The Kosciuszko environment has colder, more arid* landscapes than traditional koala habitats*, according to a survey undertaken by the Australian National University (ANU) in collaboration* with the NSW National Parks and Wildlife Service. “It’s in a secure place,” Professor Lindenmayer said. “Yes, it burns, but not all of it burns. Yes, it gets hot, but many places don’t.

“It has quite a range of tree species, which is very important in the life and universe of a koala.” The koala population is estimated to have shrunk since European settlement from millions down to less than 100,000, according to the Australian Koala Foundation, driven mostly by logging* and climate change. Against these impacts, Kosciuszko National Park offered an “insurance population”, Professor Lindenmayer said.

“Kosciuszko is going to be one of the last places in NSW to really experience some of those extreme temperatures,” he said. “It will be … a really important refuge for beasties like that, that could otherwise be quite climate sensitive. I’m pretty excited about what we’re finding.” 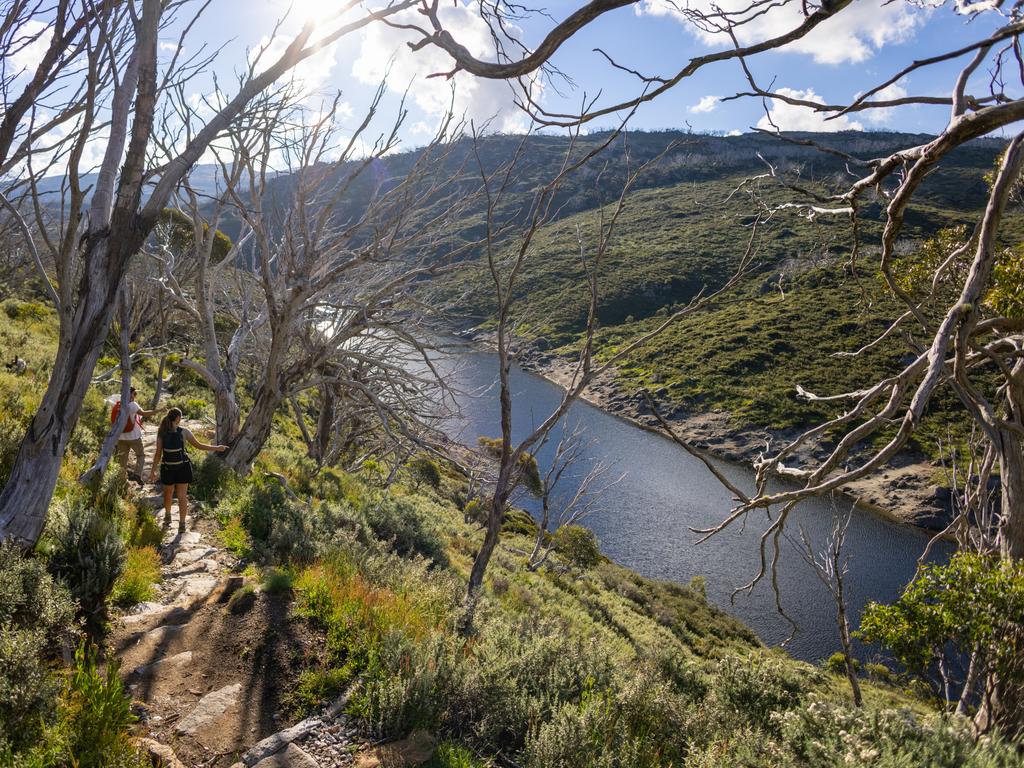 Kosciuszko National Park is a cooler, drier climate than traditional koala habitats and until this latest discovery, sightings of the beloved species have been rare. Picture: file image

But while the discovery was welcomed, stopping koala extinction* still depended on climate change action, he said.

The Kosciuszko region was also unable to provide unlimited sanctuary* for koalas if and when other areas became uninhabitable*, since these colder climate koalas have adapted to the environment and were bigger, with a specialised diet.

Professor Lindenmayer said the ANU team would do further research to get a better understanding of the local koala population. A NSW parliamentary inquiry released in June 2020 has found that koalas will become extinct in the state before 2050 without urgent government intervention. An estimated 60,000 koalas died in the 2019-2020 Black Summer bushfires. Picture: Lisa Maree Williams/Getty Images

Wild koalas are on track to become extinct along Australia’s east coast by 2050, according to a 2020 NSW parliamentary inquiry. They are listed as “vulnerable*” under federal regulations. The World Wide Fund for Nature estimated more than 60,000 koalas died in the 2019-20 Black Summer bushfires. NSW Environment Minister James Griffin welcomed the discovery of the Kosciuszko koalas.

Super koala Jagger to the rescue

CLASSROOM ACTIVITIES
1. Why?
Why has the population of koalas shrunk since European settlement? Brainstorm all of the specific reasons that you can think of.

2. Extension
Imagine that you are a koala reporter for Koala Kids News. Write a story about why koalas love living in Kosciuszko National Park. Don’t forget to include interviews with koalas!