Heaviest moth in the world found at primary school Builders have found a moth as big as two adult human fists while working at a Queensland school.

The find sparked a story by students in which their teacher is eaten by moths.

Construction workers found the giant wood moth — at least as big as a rat — while they were building a new administration area and five classrooms at Mount Cotton State School, south of Brisbane.

The primary school, which has just more than 600 students, posted photos of the scary-looking creature on social media.

Principal Meagan Steward said it was an “amazing find” by the workers, but the staff and students weren’t surprised because the building was next to the edge of a rainforest and they had seen a range of creatures appear on the grounds.

Speaking on ABC Radio, she said it was as large as two fist sizes together and was placed back in the rainforest.

“We weren’t at school when the builders found the moth but they took some photos for us,” Ms Steward said.

“We have a (year) 4-5 composite class that live in that new building, and the teacher showed the students a picture of the giant moth and they used it as stimulus* for a creative piece of writing.

“The class brainstormed what could happen and they decided on a giant moth invasion.

“They wrote some very creative and imaginative pieces of writing, including Mrs Wilson (their teacher) getting eaten by the moths.” 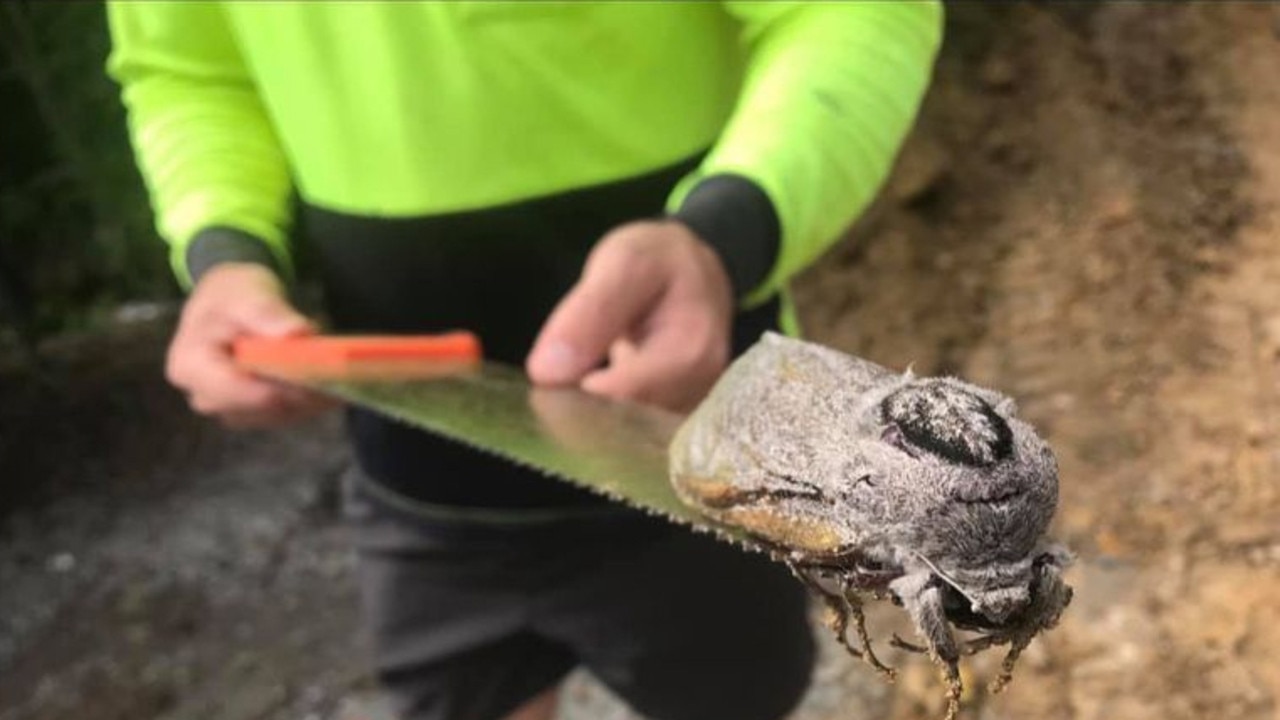 It is commonly found between North Queensland and southern NSW and is grey coloured with a dark circular pattern on its thorax*.

Dr Lambkin said wood moths weighed up to 30g and the female wingspan reached up to 25cm, while the males were much smaller in size.

“They fly very, very poorly,” she said on radio.

“In most cases when the females emerge, they just crawl up a tree or stump of a fence post and wait for the males to find them.”

The entomologist* said their caterpillars were witchetty grubs, a traditional food of Aboriginal people.

“This particular species is very interesting because we don’t know what actually happens for the first year or so,” Dr Lambkin said.

“The first thing we do know is they’re a grub that’s about 4cm long and appears on tree trunks, is black and white striped and burrows into eucalyptus trees, then spends a year or so eating away.”

The moths aren’t uncommon but because the adults only live for a few days it’s rare to see one. 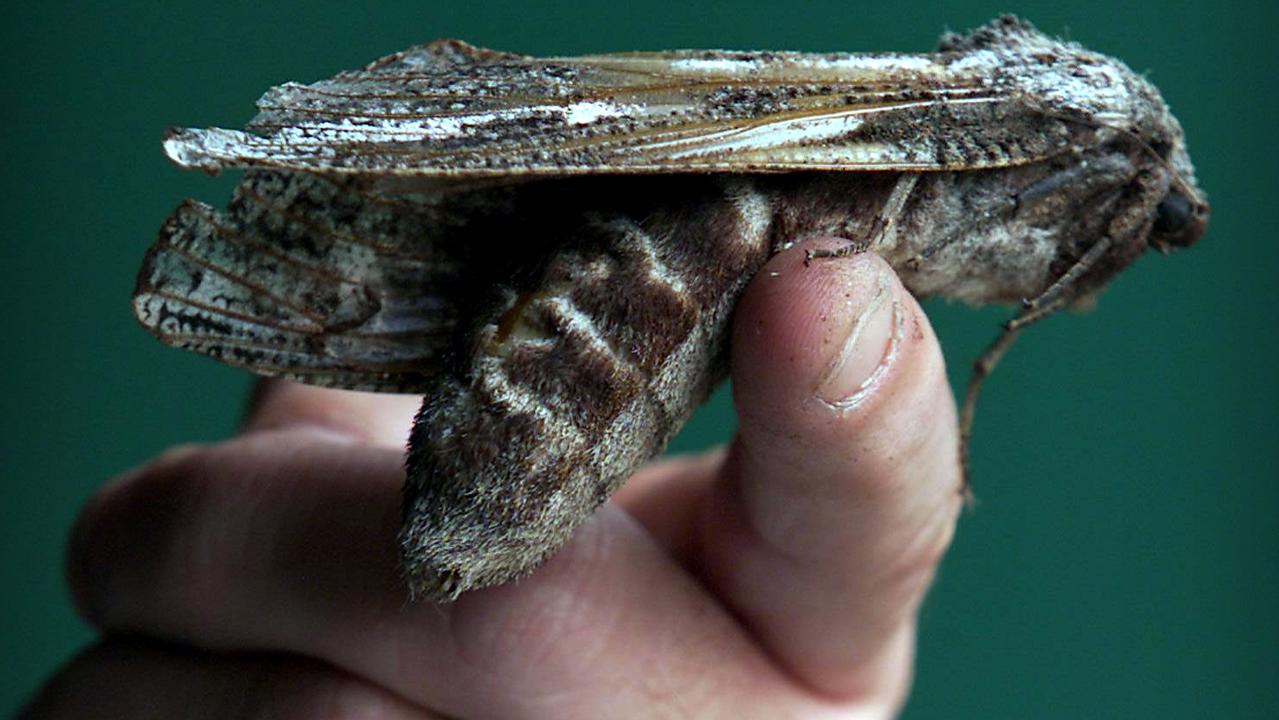 A different giant wood moth, smaller than the moth at Mount Cotton. This one was found by George Hurst at Hebershem, NSW, in 2004. Picture: Sam Ruttyn

There are 86 known Endoxyla cinereus species around the world, most of which live in Australia.

Adults females (moths) do not eat. They only live for a few days, during which time they lay about 20,000 eggs. They then die.

The larvae (witchetty grubs) burrow into smooth-barked eucalyptus trees, where they may stay for up to a year, before emerging as moths.

Mystery of the mass butterfly invasion

CLASSROOM ACTIVITIES
1. Think of a Better Idea!
Ms Stewart’s class was inspired by the moth to come up with the idea to write a story about a giant moth invasion. Can you think of an even better story idea inspired by the giant moth found at their school?

Brainstorm a really great idea for a story and then write it.

2. Extension
What do you think your classroom would look like if you were a giant moth flying into it for the first time?

Imagine that you are a giant moth and you have flown into and around your classroom. Write a description of what it looked like and how you felt and thought about this strange new place. Remember that you are writing from a giant moth’s point of view!