The maremma dogs have trained for four years at Werribee Open Range Zoo, Victoria, to protect the bandicoots but ignore them.

Eastern barred bandicoots are extinct in the wild on mainland Australia.

Zoos Victoria Guardian Dog Co-ordinator David Williams said the maremma dogs will live alongside the bandicoots and some sheep.

“We’ve trained the dogs to leave the bandicoots alone, and instead bonded* the dogs to protect a flock of sheep,” Mr Williams said.

“The dogs are not bonded directly to the bandicoots as they (the bandicoots) are solitary and nocturnal* – so they do not flock.

“However, sheep do flock, and in the Skipton reserve the sheep can eat grass, bandicoots can live in the grassland, and all three species can share the same habitat*.”

The project is modelled on the successful Middle Island Maremma Project, in which maremmas protect penguins from foxes on the island near Warrnambool, Victoria, and inspired the 2015 film Oddball. One of the maremma dogs that will protect sheep and eastern barred bandicoots near Skipton, Victoria. Picture: Zoos Victoria

The bandicoot project is a joint trial between Zoos Victoria and the University of Tasmania.

A team of scientists and conservationists, including volunteers, is tracking the movements of both the bandicoots and the dogs as the dogs actively deter* foxes from the 50ha conservation reserve.
The marsupials were once widespread across the grassy woodlands of southwest Victoria, however extensive habitat degradation and the spread of introduced predators following European settlement saw the bandicoot population plummet*. An eastern barred bandicoot peeks out of the boxes as it’s released as part of the guardian dog program in western Victoria. Picture: Zoos Victoria

Mr Williams said the research trial’s key measure of success will be the establishment of self-sustaining populations of bandicoots, first at Skipton and then at several other sites in western Victoria, including Dunkeld in 2021.

“As the bandicoots are going back into natural habitat on the mainland, some may not make it through the journey. However, the aim is that the presence of the dogs will alter the behaviour of the foxes, which will allow the eastern barred bandicoots to thrive in that environment once again.”

The conservation reserve at Skipton is equipped with 35 remote wildlife cameras and both guardian dogs are fitted with GPS trackers. All bandicoots are fitted with radio transmitters, weighing just 1.32g, that allow researchers to closely track their activity throughout the reserve. 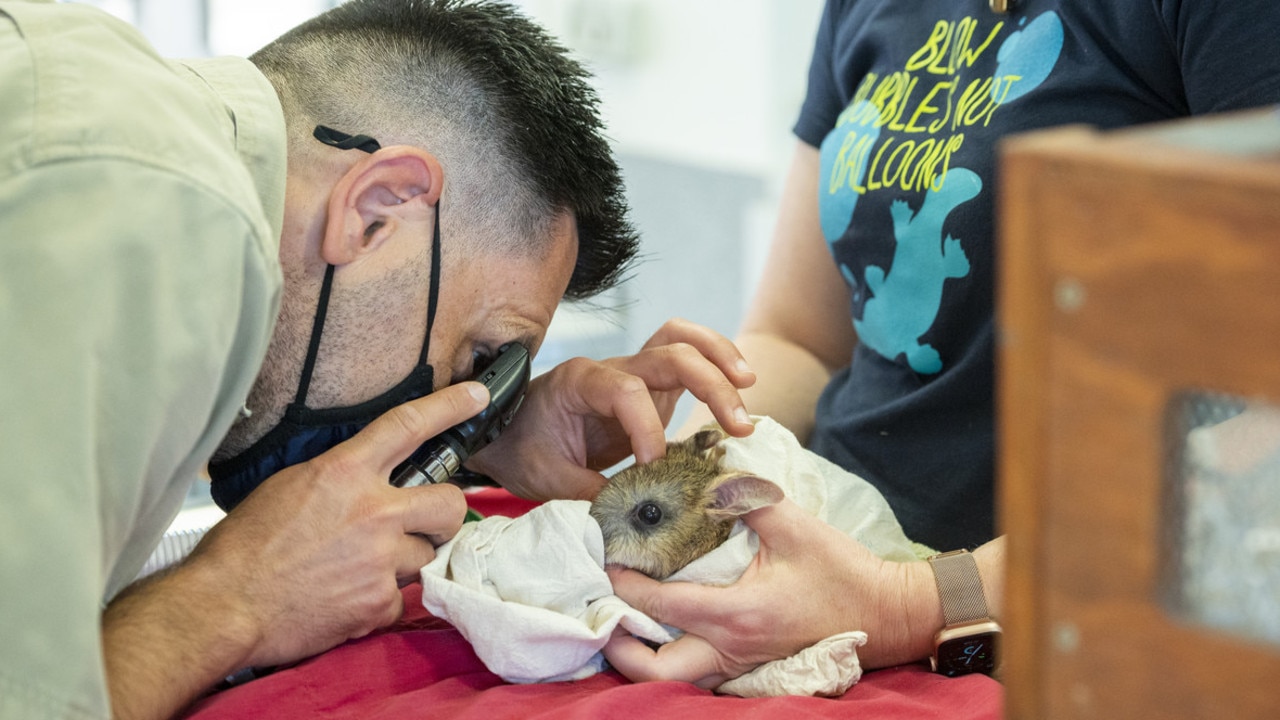 An eastern barred bandicoot having its eyes checked and transmitter fitted before release. Picture: Zoos Victoria

CLASSROOM ACTIVITIES
1. Wish you were here!
This article is written from a human perspective.

Write a letter from the perspective of an eastern barred bandicoot that has just been released into the conservation reserve.

2. Extension: Dog News
Write a news story on this project, but this time from the dogs’ perspective, to be published in a fictitious (made-up) newspaper for dogs called Dog News.

You can source the facts from the Kids News article, but include (made-up) quotes from the dogs as they explain to the readers how they got the job, what the training was like, how they feel about their new job, the challenges and the rewards, or whatever you think is important to include.

HAVE YOUR SAY: What animals would you most like to work with?
No one-word answers. Use full sentences to explain your thinking. No comments will be published until approved by editors.