A New Zealand family stumbled upon a giant jellyfish while on a beach. Picture: Adam Dickinson

Children playing on a beach have found a massive, moving, poisonous creature called a lion’s mane jellyfish, which is the world’s biggest jellyfish species.

They have been known to grow as big as a blue whale.

It was unlike anything Mr Dickinson or his children had ever seen.

“My initial* thought was don’t let my kids touch it as they went running up to have a look,” said Mr Dickinson.

The Dickinson children compared the pink creature to a “volcano.”

“It was pretty incredible and really hard to describe,” Mr Dickinson told news agency Yahoo7. “It almost looked like a load of muscles contracting*.”

The family stared at the jellyfish, and sure enough, it continued to move.

“It was pretty amazing to see. Also, the other jellyfish we found on the beach, we turned them upside down to see if it would look similar to this one and none of them did,” Mr Dickinson said.

“This one was definitely different. We have never seen anything like it. It was pretty cool.” 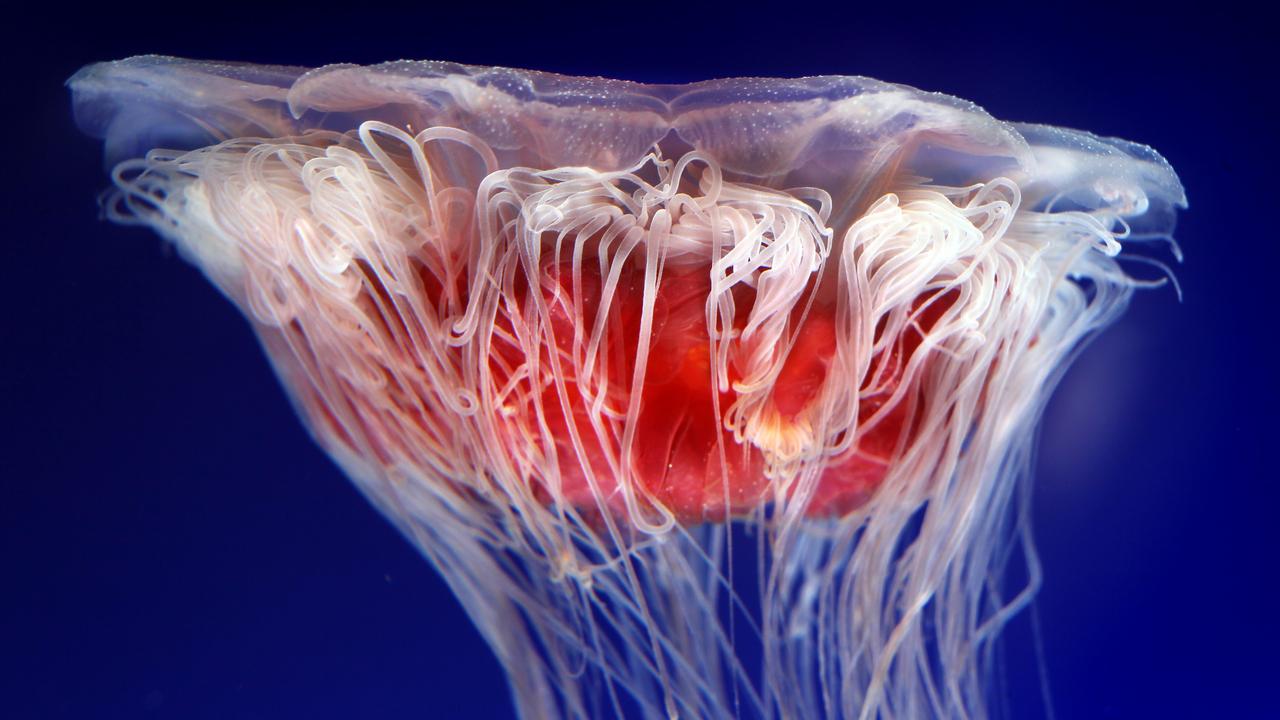 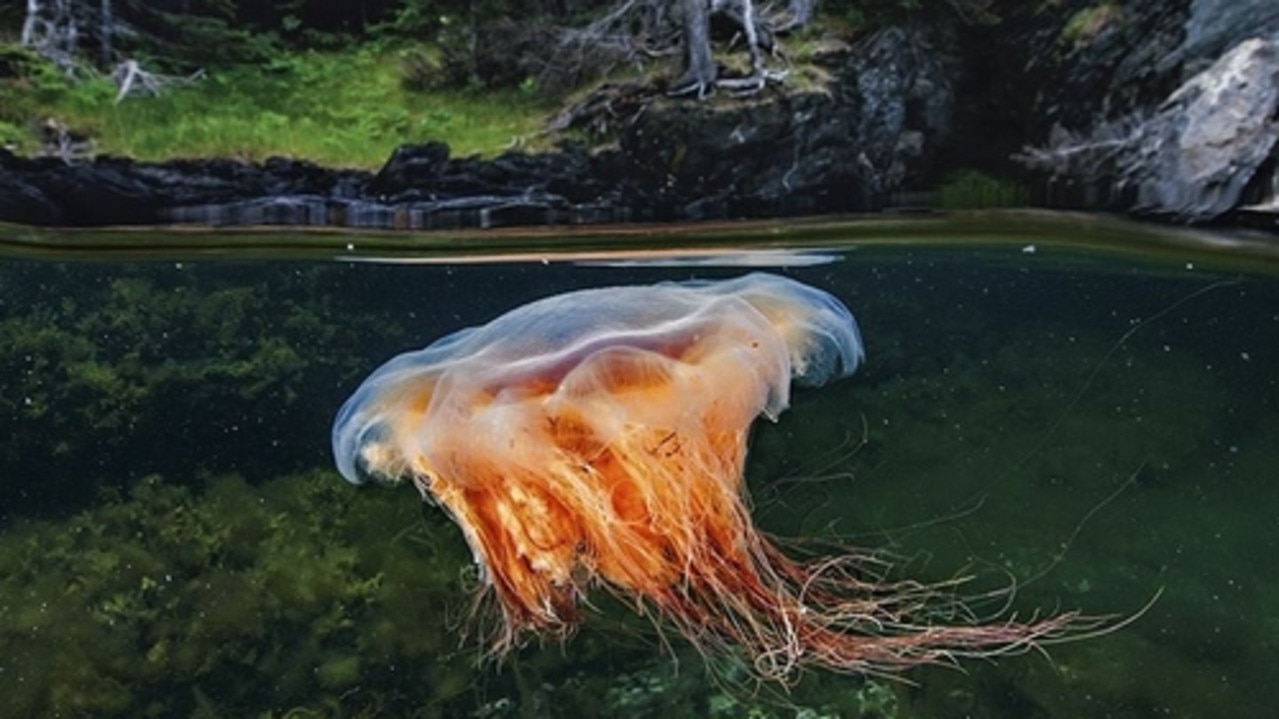 This lion’s mane jellyfish is almost one metre across. It was photographed off southeast Tasmania. Picture: Hugh Pedersen

plankton: group of tiny, drifting organisms that live in the ocean

1. What are two common names for Cyanea capillata?
2. How big can they grow?
3. Is it possible you could find one washed up on an Australian beach?
4. Are they poisonous?
5. Should you touch one if you see it?

What is the strangest thing that you have ever seen? Write a story about this.

Extension: Create an imaginary animal that is stranger and more unusual than the Lions Mane Jellyfish. Draw it, name it and write a description of the animal for a Kid’s News article about it.

HAVE YOUR SAY: What’s the strangest sea creature you have seen or would like to see? Why? Use full sentences. No one-word answers.