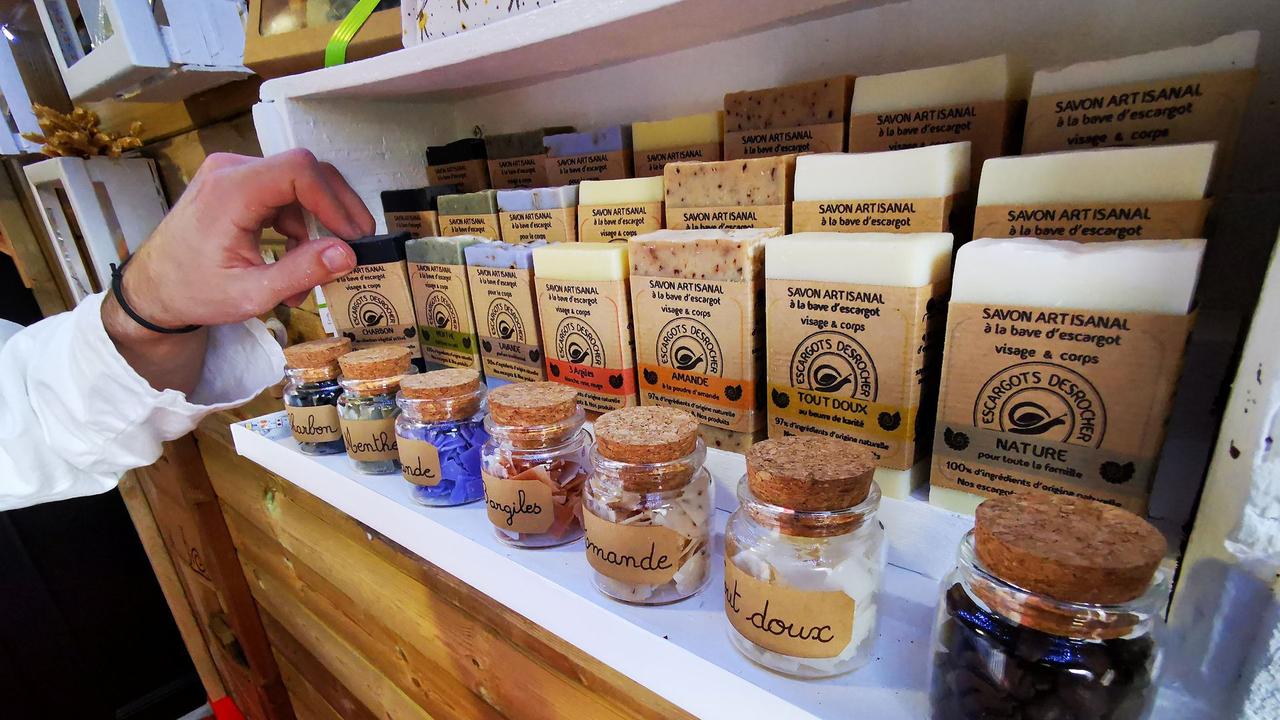 Foamy slime bubbles across Damien Desrocher’s hand as he lightly rubs one of the thousands of snails he keeps in a backyard enclosure. “It’s all in the dexterity of how you tickle,” Desrocher said as he extracted* the slime, noting that the process does not kill the animals. “I only touch it with my finger – you see it’s not violent, it’s simple.”

A former air force computer technician, Desrocher decided to start farming snails in the northern French town of Wahagnies as a form of “returning to nature”.

“Once you observe and see how snails behave, they’re actually very endearing,” he said. “It’s really an animal that I love.”

He has raised a total of 60,000 snails. As they enter their reproductive season, most are transferred to a larger site, while around 4000 are kept at his home for slime harvesting.

A single snail will yield just two grams of slime, meaning he needs around 40 snails to produce 80g – enough to manufacture 15 soap bars weighing 100g each. 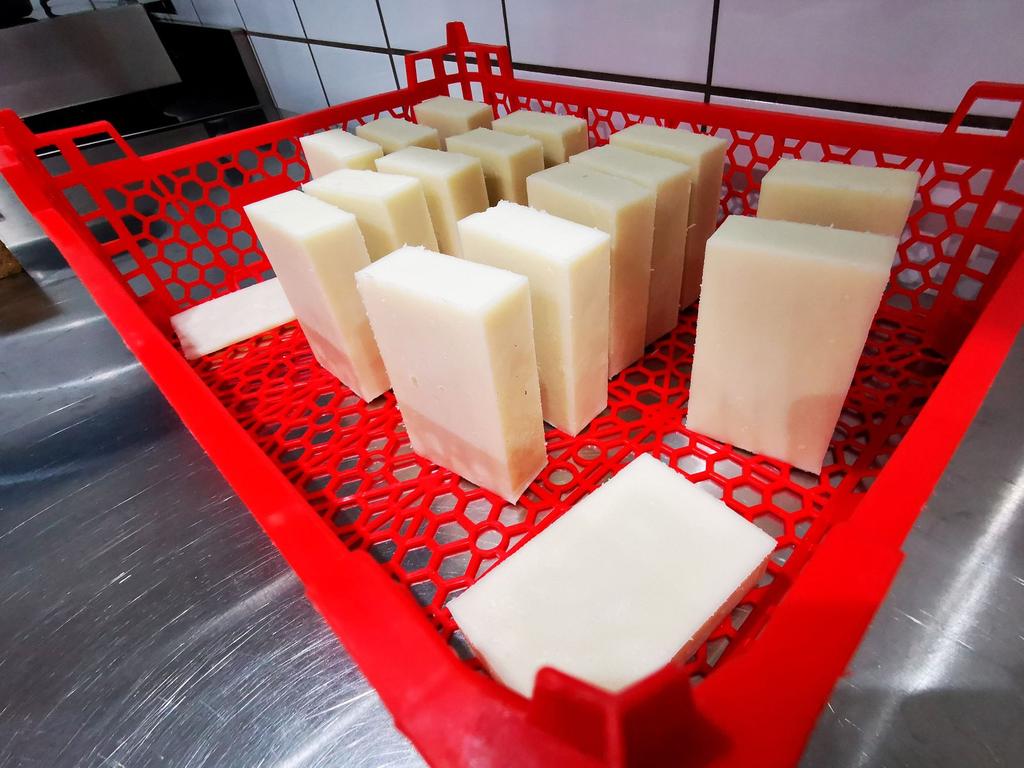 “We need quite a lot of snails,” he said.

Although quite uncommon in Western cosmetics, snail mucus has become a more common ingredient elsewhere, including in Korean beauty products.

Desrocher said slime contained molecules of collagen* and elastin*, which have anti-ageing and skin-healing properties. Snails also naturally use their slime to repair their shells if damaged, he said.

Desrocher said he aims to produce 3000 snail slime soap bars in his first year of production.

CLASSROOM ACTIVITIES
1. Selling snail slime
Think of all the fancy advertisements you see on television where they talk about the benefits of different cosmetics and skincare products. They always seem to make the products seem so lovely and luxurious! Create a voiceover for a television advertisement selling Damien Desrocher’s snail slime soap. Talk about the wonderful benefits and make it sound like a must-have for every beauty regimen.

2. Extension
You think snail slime is weird!? Find out what these cosmetic ingredients and their benefits are: