To protect giraffe, elephant and kangaroo residents at Victoria’s state-owned zoos, close encounters with animals including Iris the giraffe are cancelled until the current threat of a foot-and-mouth disease outbreak is over. Picture: Mark Stewart

Victoria’s state-run zoos have restricted visitor access to certain animals to prevent them from being exposed to foot-and-mouth disease (FMD), as Liberal leader Peter Dutton continued to call on Prime Minister Anthony Albanese to shut Australia’s border with Indonesia.

Indonesia is currently battling an outbreak of the highly contagious disease. The new zoo precautions* come as foot sanitisation* mats for returned travellers were expected to be in place at Melbourne airport by Tuesday. Biosecurity measures have been stepped up at Australian airports in response to the FMD outbreak in Indonesia. Senator Murray Watt is screened by Australian biosecurity staff while entering Sydney International Airport on 15 July following a trip to Jakarta, Indonesia. Picture: Twitter/@MurrayWatt

Paid encounters are upgraded bookings that involve visitors being guided through an animal exhibit by a zookeeper.

The change – which won’t impact looking at the animals – applies to Melbourne Zoo, Werribee Open Range Zoo and Healesville Sanctuary. Other zoos around Australia are expected to introduce similar measures. Melbourne Zoo’s Mali the elephant can still be viewed by visitors from a distance, but upgraded encounters won’t resume while the threat of FMD remains. Picture: NCA NewsWire/Daniel Pockett

“We are exercising an abundance of caution* to ensure the animals in our care remain as safe as possible, so upcoming paid encounters with giraffe, kangaroo and elephants have been cancelled and will be automatically refunded,” Dr Gray said.

“We are reviewing the situation and our containment* measures daily.”

Biosecurity* measures have stepped up at airports around the country, but Mr Dutton maintained the border should be closed with Australia’s northern neighbour.

“I believe the borders should be closed absent the information that the government’s got,” the Opposition Leader said.

“If we get a single case here, a single sheep, a single beast, the whole export* industry for our country closes down. It’s an $80 billion impact on the economy.

“If the Prime Minister has a reason as to why the borders shouldn’t be closed … let him explain it. But so far, he hasn’t been able to do that.” 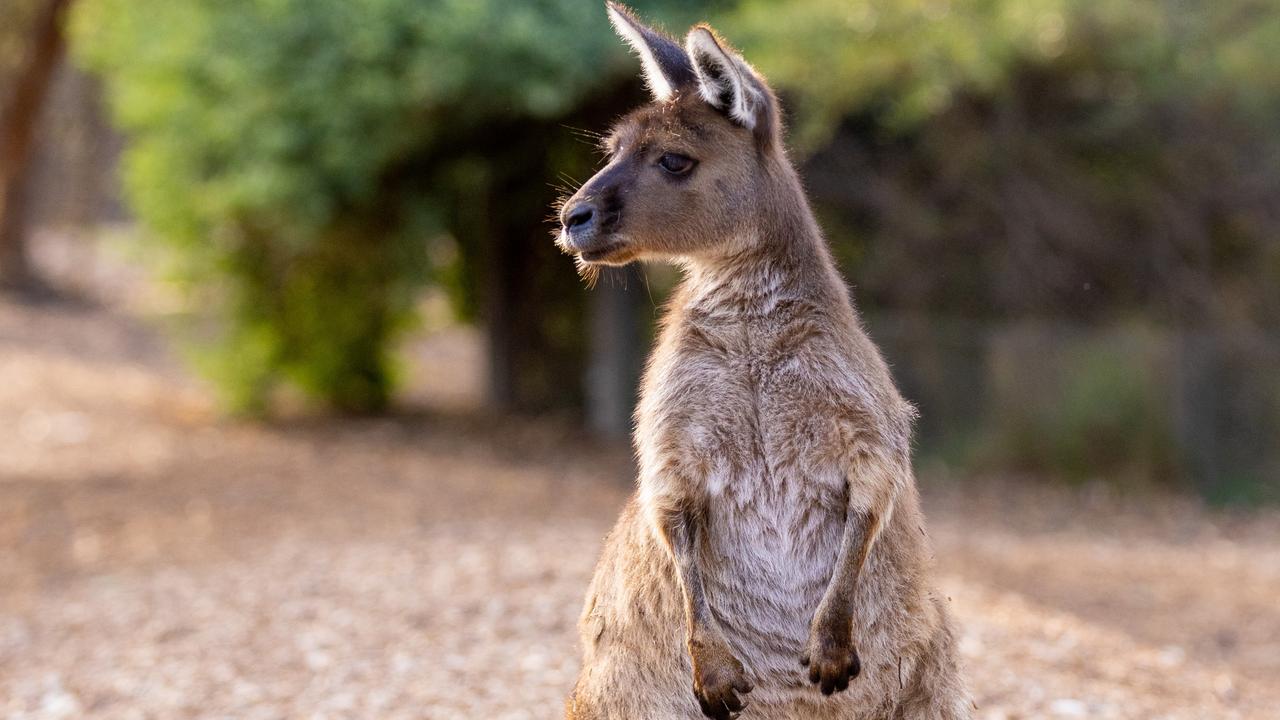 The Coalition’s own position on the border had been unclear. Nationals MP Barnaby Joyce and Liberal MP Karen Andrews also demanded the government close the border, while Nationals MP David Littleproud and Senator Bridget McKenzie were last week reluctant to go that far.

Peak bodies representing the meat and farm industries have rejected calls to close the border with Indonesia, a measure Mr Albanese deemed not yet necessary. Prime Minister Anthony Albanese has so far determined that closing Australia’s borders to Indonesia is not yet necessary. Picture: Twitter/@AlboMP

A federal Agriculture Department spokesman said mats to clean travellers’ shoes were being deployed* in Melbourne, Sydney, Darwin and Perth from Monday, Cairns and Adelaide from Tuesday, with Brisbane to likely follow this week.

He said the department required the support of airports to put them in place.

The Australian Embassy in Indonesia has also confirmed mats are now in place at Indonesian airports. Opposition Leader Peter Dutton has repeatedly called for the closure of Australia’s borders to Indonesia in response to the FMD outbreak, but other members of the Coalition have been reluctant to go so far. Picture: AAP Image/Dean Lewins

WHAT IS FOOT-AND-MOUTH DISEASE?

FMD is a highly contagious virus that affects cloven-hoofed animals – those with a divided hoof – including livestock* such as cattle, sheep, goats and pigs.

HOW IS FMD TRANSMITTED?

People can carry the virus on their shoes, clothes or in their noses – where it can survive for up to 24 hours.

But animal product imports are the biggest risk, with departmental advice showing it would be more likely for FMD to be brought into the country through parcels than by a traveller.

IS FMD HARMFUL TO HUMANS AS WELL AS LIVESTOCK?

FMD is not to be confused with hand, foot and mouth, which is a very common childhood virus that is easily passed from person to person. That virus is not related to FMD, which affects animals.

Signs of FMD in livestock include blisters in and around the mouth area, difficulty eating and drinking, drooling, limping or lameness*

WHAT IF PEOPLE EAT FMD-CONTAMINATED PRODUCTS?

Agriculture Minister Murray Watt confirmed the products did not pose a threat to human consumption.

“Let’s say it’s in a salami roll that’s been imported to Australia,” he said. “People have most of the salami, they might throw the scraps in the pig scraps … along with other vegetables and other things.

“If pigs were to eat that, that would be a risk of the virus then being transmitted to Australian pigs and potentially to other animals as well.

“So that’s the nature of the risk.”

IS FMD ALREADY IN AUSTRALIA?

Senator Watt confirmed routine surveillance* had already detected FMD and African Swine Flu fragments on animal products on sale in the Melbourne CBD, but authorities had seized all affected stock across retailers and warehouses.

WHY MUST AUSTRALIA AVOID AN FMD OUTBREAK?

Australian Bureau of Agricultural and Resource Economics and Sciences modelling* has previously projected a widespread FMD outbreak in Australia would have an estimated direct economic impact of about $80 billion.

WHAT ELSE IS BEING DONE TO STOP FMD?

Last week the federal government announced a $14 million support package for the nation’s defence against FMD.

It included $5 million for a technical support package for Indonesia, East Timor and Papua New Guinea to manage livestock disease and $9 million to be spent at Australia’s borders, providing 18 new biosecurity officers at airports and mail centres.

CLASSROOM ACTIVITIES
1. Protecting Australia from FMD
The following people are key players in the debate on how to best protect Australian livestock from the Foot and Mouth disease outbreak in Indonesia. They all have differing views on whether Australia should close the border to Indonesia:

Under PERSON/GROUP, write each of these names. Next to each name, tick which side they are on – close border or not close border – and what their reasons might be for this view.

2. Extension
Work with a partner and suggest some other measures Australia and Indonesia could put in place to prevent the FMD outbreak from spreading to Australia. List them below.