A caretakeer keeps Huan Huan company before the birth of her twins at Beauval Zoo in France on August 2, which was followed by the birth of Kai Kai’s cub in Singapore this week in good news for the endangered species. Picture: Guillaume Souvant/AFP.

A Chinese giant panda at a Singapore wildlife park has given birth to a cub after seven years of trying. The first giant panda cub ever born in Singapore, its birth is an especially rare event as the pandas are endangered*.

Pandas Kai Kai, 13, and Jia Jia, 12, started their seventh breeding season in April this year with the help of artificial insemination*. The pandas arrived in Singapore in 2012 on a decade-long loan from China.

Weighing about 200g, the cub was born on August 14, but the gender* has not been confirmed. Wildlife Reserves Singapore (WRS) told Reuters that mother and cub were doing well.

WRS said female giant pandas can display hormonal* and behavioural* signs of pregnancy without actually being pregnant, but the organisation detected* signs last month that a cub was on the way and the pregnancy was confirmed on August 10.

“Our vet picked up on ultrasound* not only a clear outline of a foetus*, but one with a strong heartbeat,” WRS said.

The newborn will appear in public in about three months. Giant panda Huan Huan, which means “Happy” in Chinese, and her twin cubs inside their enclosure after she gave birth at Beauval Zoo on August 2. Picture: Guillaume Souvant/AFP.

This year has been a small but hopeful baby boom for the endangered species, with cubs also delivered by giant pandas on loan from China in France and Japan.

China has been sending its beloved black and white ambassadors* overseas in a sign of goodwill since the 1950s as part of what is known as “panda diplomacy*” and two baby pandas were born at Beauval Zoo in France on August 2. The zoo said in the announcement that the newborn cubs were in good health.

The mother panda Huan Huan and her partner Yuan Zi came to France from China in 2012. At the time, their arrival was hailed as a sign of warming diplomatic ties between Paris and Beijing.

While an adult female panda can weigh up to 125kg, a baby panda weighs barely 120g at birth. 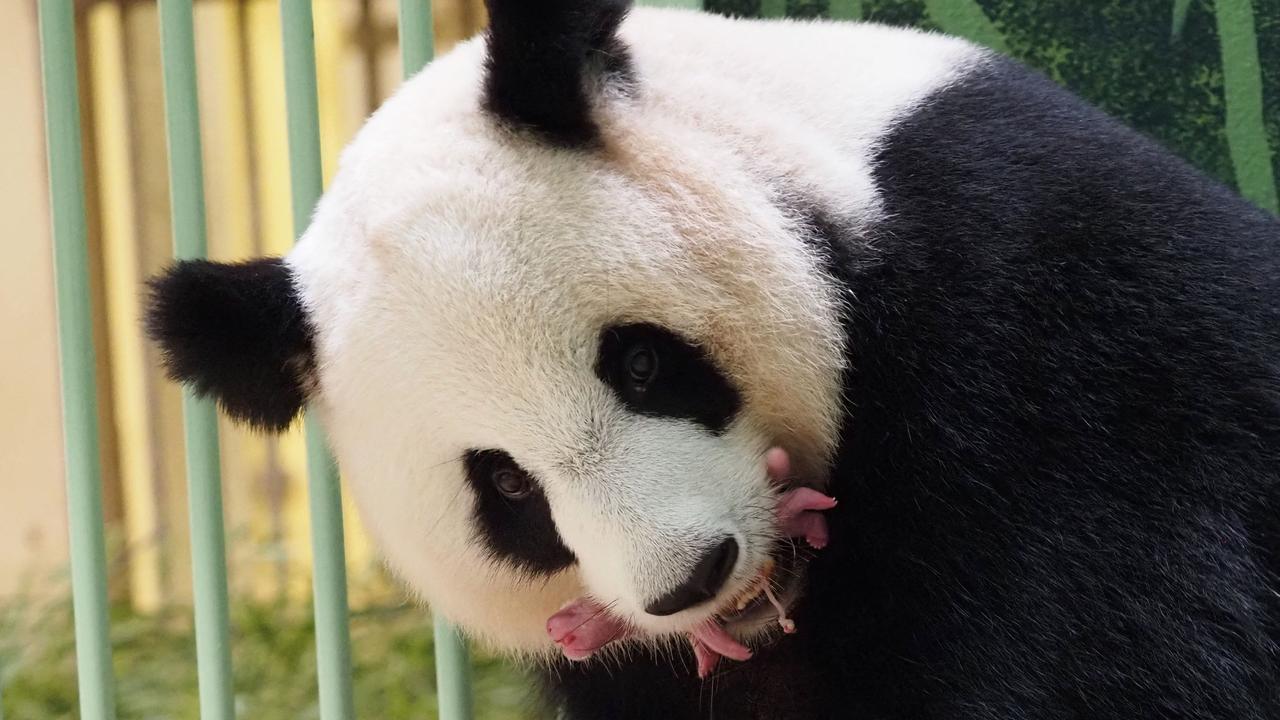 The French-born twins already have a big brother, Yuan Meng, who was born on August 4, 2017. Picture: Guillaume Souvant/AFP.

Here are some ideas to help you:

Use a set of scales and weigh items that you find to see which ones weigh around 200 grams.

Look inside your fridge or pantry and find the weight displayed on different food packaging. Which items weigh about 200 grams?

Browse some supermarket catalogues or online stores to find items that weigh around 200 grams.

Challenge: Choose one of the items you listed. Calculate how many of them you would need to reach a total weight of 125 kilograms (the weight of an adult female giant panda). Do you think they would take up more or less space than an actual panda?

2. Extension
Do some research about giant pandas and write five quiz questions. Test your questions out on a friend.