A pterosaur with a wing span of about 7m has been identified as Australia’s largest flying reptile. Picture: University of Queensland

A dragon-like pterosaur* has been confirmed as Australia’s largest flying reptile by a group of Queensland palaeontologists*.

Ten years after its fossilised* remains were first found by a fossicking* local, the creature’s significance is official.

University of Queensland PhD candidate Tim Richards, from the Dinosaur Lab in UQ’s School of Biological Sciences, led a research team that analysed the 105-million-year-old fossil of the creature’s jaw after its 2011 discovery on Wanamara Country, near Richmond in North West Queensland.

With an estimated 7m wingspan, the creature once ruled the skies above the ancient, vast inland sea that covered much of prehistoric outback Queensland. 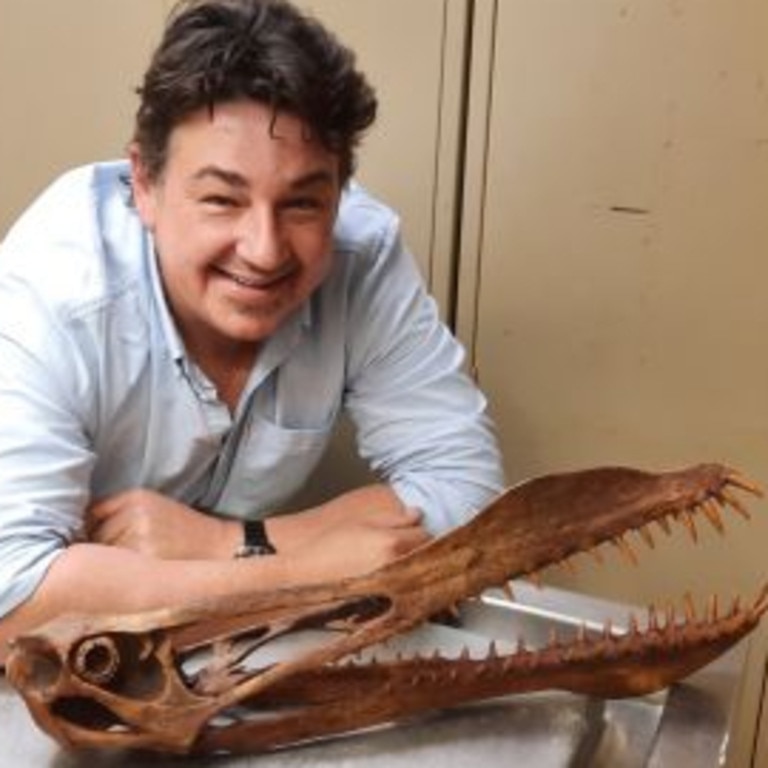 Tim Richards, from the Dinosaur Lab in UQ’s School of Biological Sciences, pictured with the recreated skull. Picture: University of Queensland

“It’s the closest thing we have to a real life dragon,” Mr Richards said.

“The new pterosaur, which we named Thapunngaka shawi, would have been a fearsome beast, with a spear-like mouth and a wingspan around seven metres.

“It was essentially just a skull with a long neck, bolted on a pair of long wings.”

This airborne beast would have made a very intimidating sight and Mr Richards described it as probably being “quite savage” in nature.

“It would have cast a great shadow over some quivering little dinosaur that wouldn’t have heard it until it was too late,” he said.

The skull alone would have measured just over 1m, according to Mr Richards, and the pterosaur had around 40 teeth – ideal for scooping the big fish known to have lived in what was once the Eromanga Sea.

“Even though pterosaurs could fly, they were nothing like birds, or even bats,” Mr Richards said.

“Pterosaurs were a successful and diverse group of reptiles – the very first backboned animals to master powered flight.” The fossilised remains of the creature’s jaw were used to create this artist’s impression of what the whole skull and jaw would have looked like. Picture: Tim Richards/University of Queensland

The new species belonged to a group of pterosaurs known as “anhanguerians”, which were on every continent during the later part of the Age of Dinosaurs.

Being perfectly adapted to powered flight, pterosaurs had thin-walled and relatively hollow bones, two factors that mean their fossilised remains are rare and often poorly preserved.

“It’s quite amazing fossils of these animals exist at all,” Mr Richards said.

It is only the third known species of anhanguerian pterosaur from Australia and all three come from western Queensland. This illustration shows the pterosaur’s size in relation to a hang-glider. My, what large wings you’ve got! Picture: Tim Richards/University of Queensland

Dr Steve Salisbury, co-author on the paper and Mr Richard’s PhD supervisor, said what was particularly striking about this new species of anhanguerian was the giant size of the bony crest on its lower jaw, which was likely on the upper jaw as well.

“These crests probably played a role in the flight dynamics* of these creatures, and hopefully future research will deliver more definitive* answers,” Dr Salisbury said. 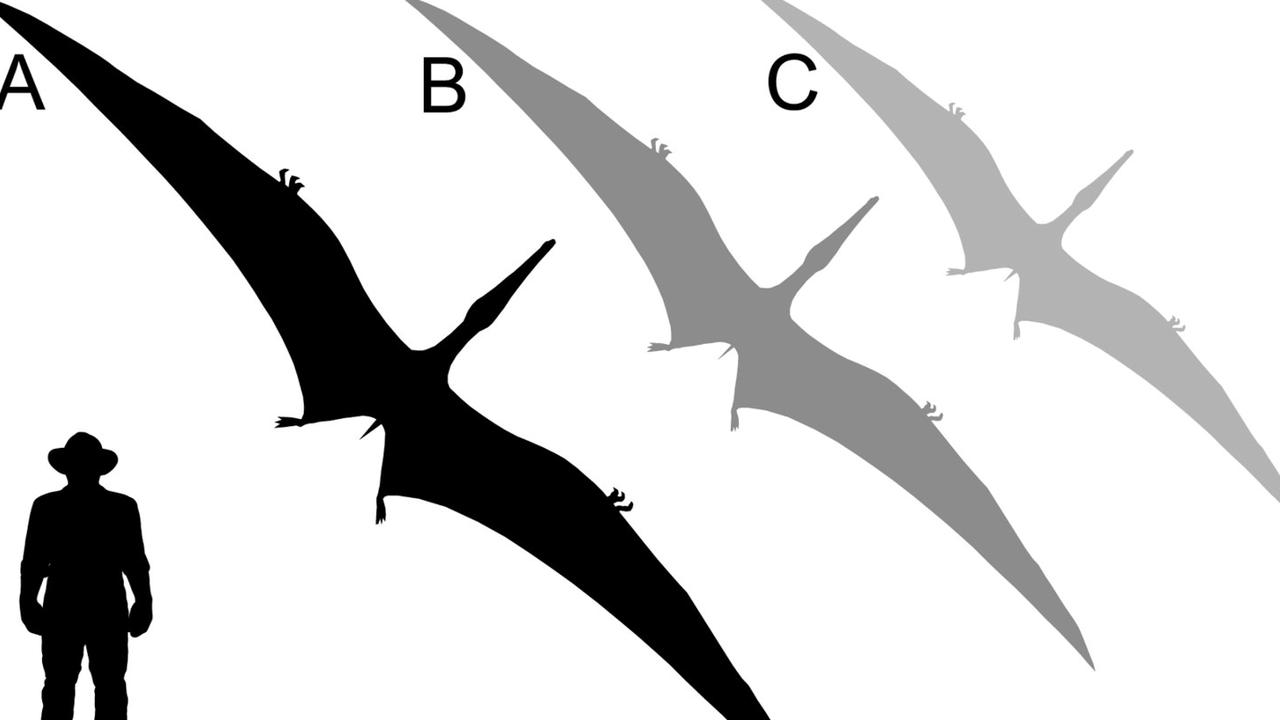 The name of the new species honours the First Nations peoples of the Richmond area where the fossil was found, incorporating words from the lost language of the Wanamara Nation.

Mr Shaw had reportedly been “scratching around” for decades – a fossicking effort that finally paid off when he found the fossil in a quarry northwest of Richmond in June 2011. The fossil of Thapunngaka shawi is on display at Kronosaurus Korner in Richmond.

Dinosaur could be the largest ever land animal

CLASSROOM ACTIVITIES
1. Dragon Reptile Dance
Work in small groups of three to four students to create a short dance sequence called the “Thapunngaka shawi”. Include five to 10 steps dancing to the beat of this ancient flying reptile’s name. The steps should be easy enough that you can teach it to a younger class to help them remember the name of this amazing creature.

Perform your dance sequence to the class.

2. Extension
“Thapunngaka shawi” is a difficult name to pronounce! If you could suggest an alternate name that has meaning to this reptile, its founder and its region, what would it be? Write down your name suggestion and its meaning.

VCOP ACTIVITY
The day I found a dragon egg
Imagine walking through the grassy plains of outback Queensland and coming across a strange egg. You know just by the unique look of it that it is special. So what do you do with it?

Tell us the story of the day you found a dragon egg.

See if you can write at least half a page to engage us in your epic discovery.

Don’t forget to read your story out loud before you share it with others, and include your VCOP.