The newborn panda twins during their first hours at the zoo after they were born. Female panda Meng Meng gave birth to the two panda babies at Zoo Berlin on Saturday evening August 31. Picture: AP

A panda called Meng Meng has given birth to twin panda cubs.

Berlin zoo staff are celebrating the rare twin birth, even more exciting because it is the first time a panda has given birth in Germany.

“Meng Meng became a mom — twice! We are so happy, we are speechless,” the zoo posted on Twitter on Monday.

According to the zoo, mothering came naturally to the 6-year-old panda: “She placed the tiny creature gently on her belly and began to warm it lovingly with her big paws, warm breath, and the soft fur of her cheeks.”

An hour later, its twin was born. 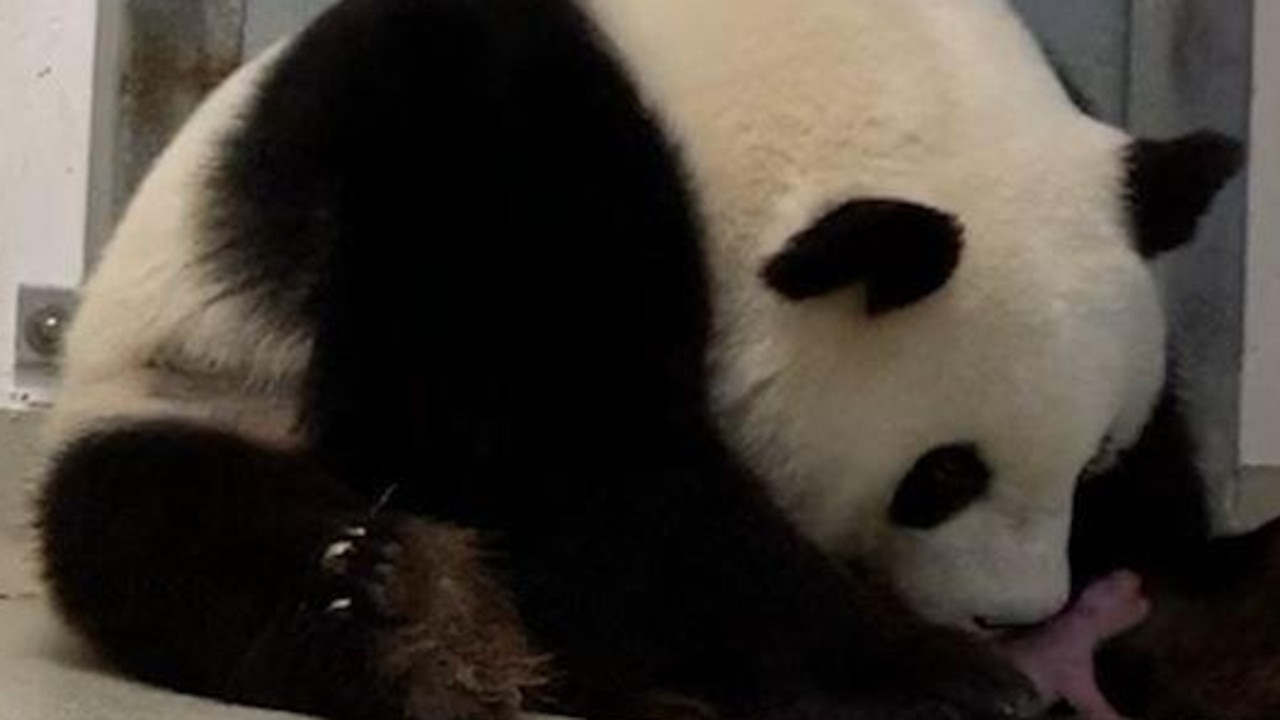 Meng Meng with one of the twin cubs. Picture: Zoo Berlin

At birth, the cubs were 136g and 186g and looked nothing like an adult panda: pink, covered in fine white hair and with a long tail. The zookeepers can’t yet tell if they are male or female. One of the twin giant panda cubs. Picture: Zoo Berlin via AP

Keepers only confirmed last week that Meng Meng was pregnant. She had mated with 9-year-old partner Jiao Qing in April and was also artificially inseminated* to increase the chance of pregnancy. Meng Meng at the Chengdu Research Base of Giant Panda Breeding in China before leaving for Germany in 2017. Picture: AFP 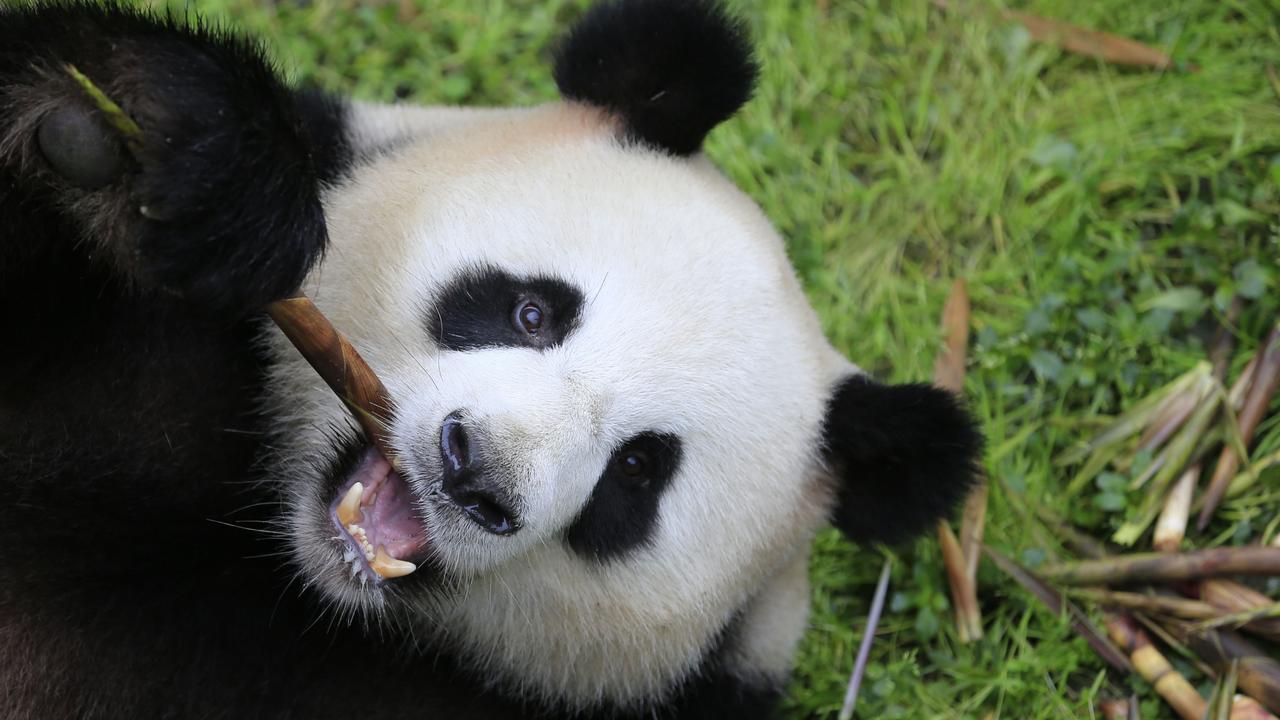 Jiao Qing in 2017, just before he and Meng Meng left China for Germany. Picture: AFP

Meng Meng and Jiao Qing arrived from China in June 2017.

They are on loan from China, as are the giant pandas at Adelaide Zoo in South Australia and about 400 pandas in zoos around the world.

Zoo Berlin pays money towards conservation projects in China as a fee for having the pandas to stay. The twin panda cubs will go to China to live about four years after they have stopped breastfeeding.

A 2014 census* counted 1864 giant pandas left in the wild, which is an increase since the 1970s, according to the World Wide Fund for Nature*. One of the twin cubs receives its first check by zoo staff. Picture: Zoo Berlin via AP

Wang Wang and Fu Ni are on loan from China and this agreement finishes at the end of this year.

The SA Government and the zoo are trying to keep the pandas in Australia beyond this year.

If the pandas are able to stay, the goal is for Fu Ni to have a cub and the most likely time of year for her to mate to become pregnant is September. 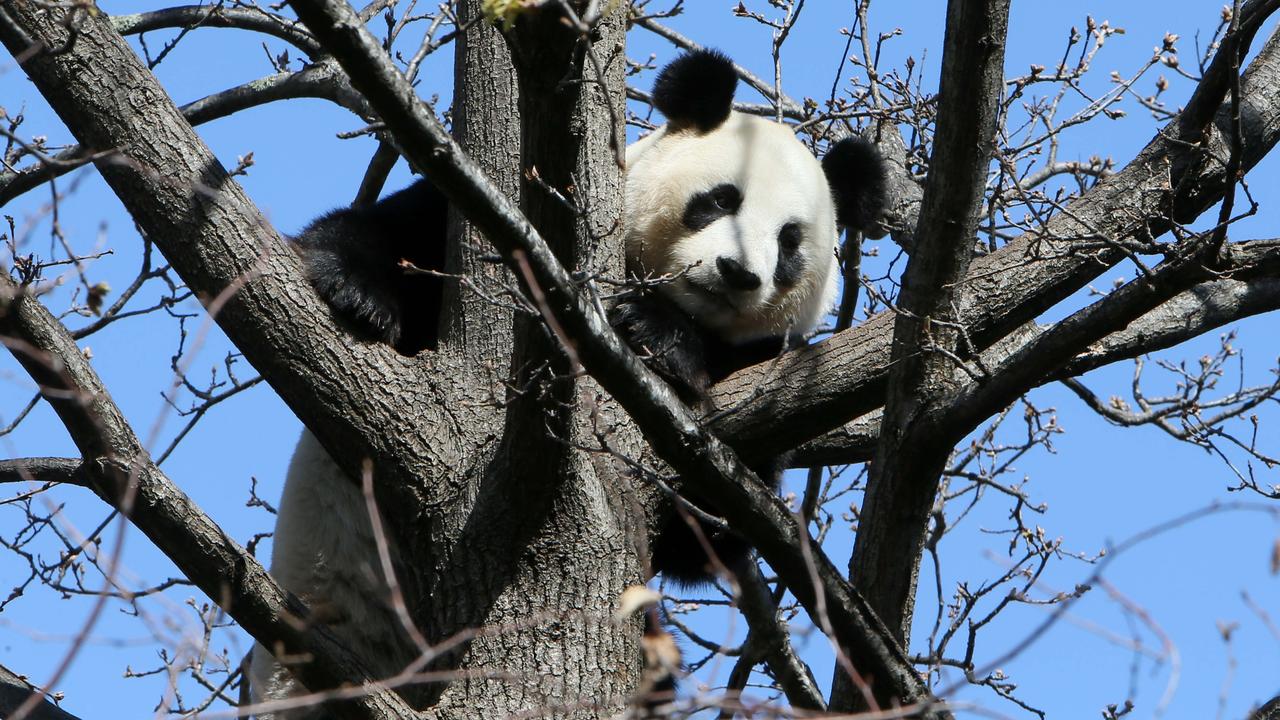 CLASSROOM ACTIVITIES
1. Double trouble
It’s a rare event for a panda to give birth to twins and the first panda cub to be born in Germany. So these are two very special panda cubs, especially as China and the rest of the world are working to boost their numbers. Given how exciting the birth of these twin panda cubs are, think of a name for both that has special meaning. Write each name and meaning beside it and perhaps you or your teacher or parents could email your suggestions to the Berlin zoo. Share your name suggestions with your classmates and hear their suggestions.

2. Extension
Write a letter to the Chinese government outlining the reasons why the South Australian government wants to keep the giant pandas for a longer period of time in Australia. Ask for an extension of time and list the benefits for both countries for extending this agreement.

HAVE YOUR SAY: Would you like to be a twin? What do you think the advantages and disadvantages to being a twin could be?
No one-word answers. Use full sentences to explain your thinking. No comments will be published until approved by editors.