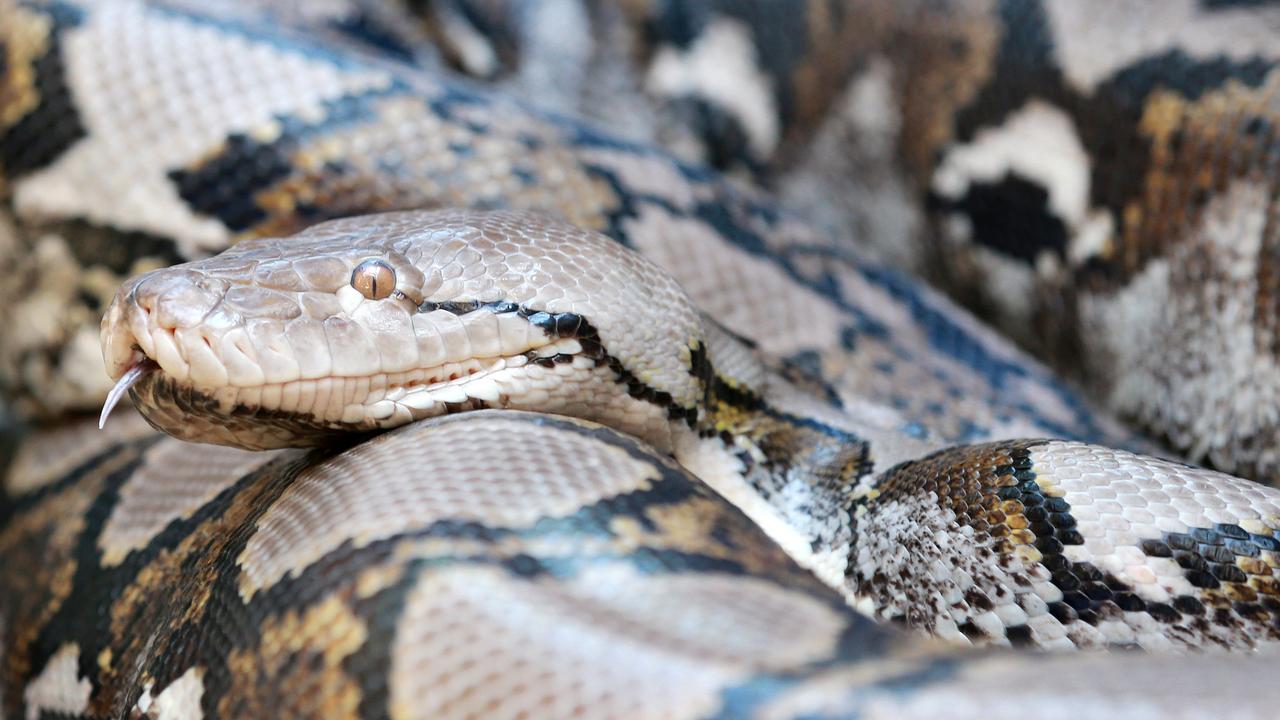 The dinosaur extinction was good news for snakes, with the population exploding in diversity* after they died out, new research shows.

It’s well known that the demise* of the dinosaurs 66 million years ago triggered major diversification* in mammal and bird species.

And now US researchers have found that snakes also experienced a similar rapid increase in species after the dinosaurs became extinct.

Mammals and birds were able to thrive without dinosaur competitors and predators and the researchers say these flourishing* new species quickly became food for snakes that previously only ate insects.

This evolutionary* chain reaction* resulted in the almost 4000 species of snakes that we see today. 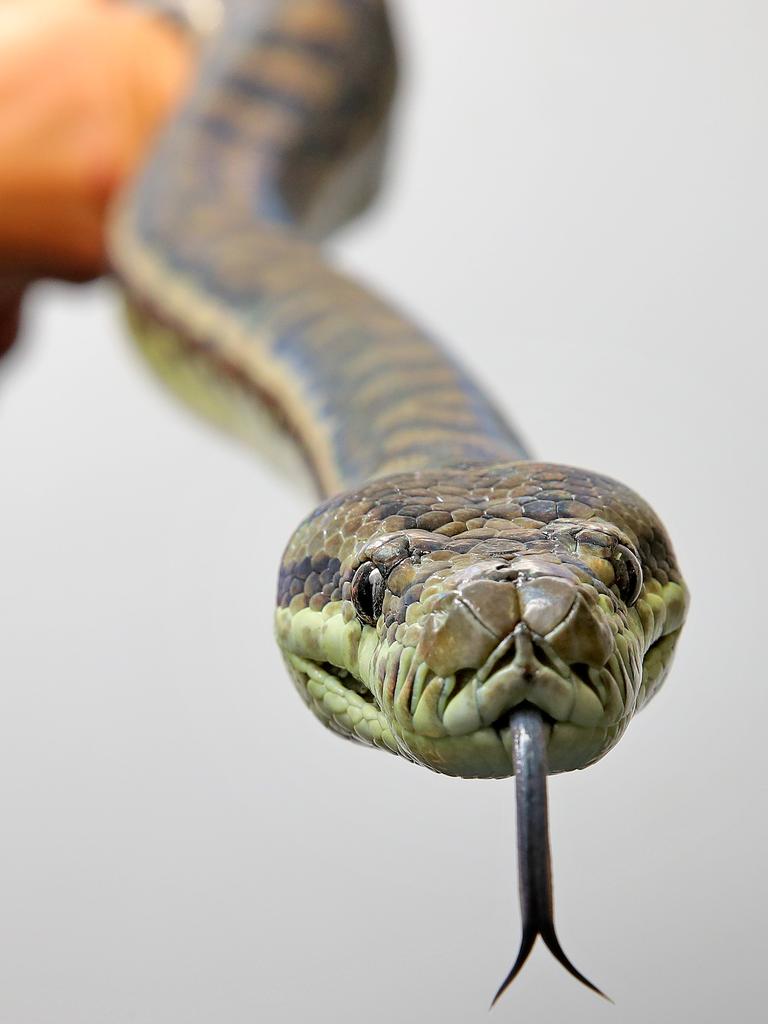 This carpet python at Sydney Zoo is one of almost 4000 snake species that exist today after a rapid increase in snake diversity following the extinction of dinosaurs. Picture: Toby Zerna

The study by University of Michigan and University of California researchers looked at the diets of almost 900 modern snake species.

“Species were evolving quickly and rapidly acquiring* the ability to eat new types of prey.”

Study co-author Daniel Rabosky said snakes were found to be good at adapting their diets to include new types of prey, including when they started to arrive in new places as they spread around the world.

“What this suggests is that snakes are taking advantage of opportunities in ecosystems,” Associate Professor Rabosky said.

“Sometimes those opportunities are created by extinctions and sometimes they are caused by an ancient snake dispersing* to a new land mass.”

The study, which was published in journal PLOS Biology, found the ability of snakes to change their diets was a key in the development of new species that were able live in different habitats. 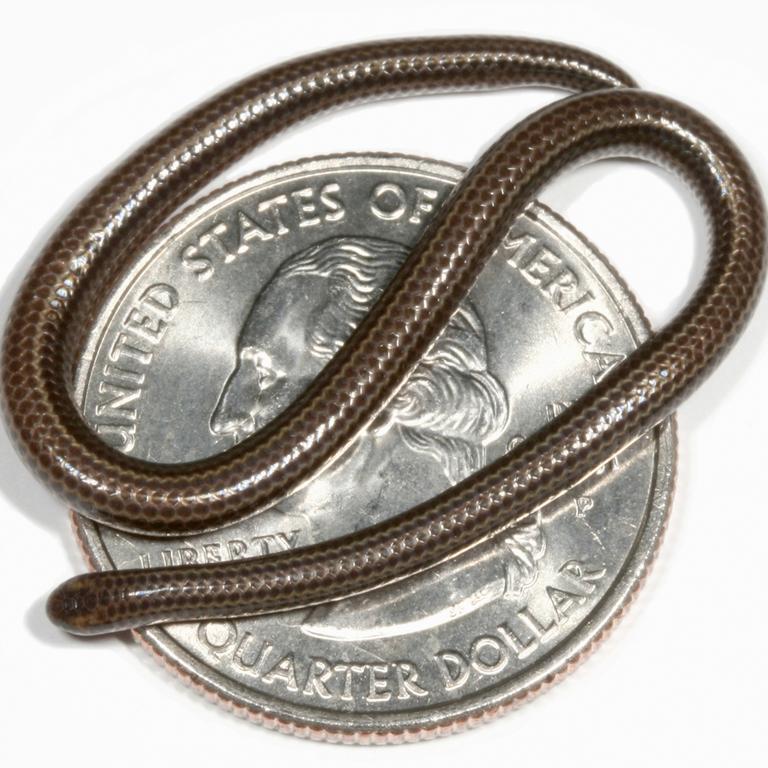 Modern snakes are very diverse. This one is a threadsnake, the smallest snake species known to exist. It is curled up on a US quarter dollar coin, which is about the same size as an Australian 20c piece. Picture: AP Photo

Modern snakes are impressively diverse*, with more than 3700 species worldwide. They eat a large variety of diets, from tiny snakes that feed only on invertebrates*, such as ants and earthworms, to giant snakes like pythons that can eat mammals as big as antelope.

CLASSROOM ACTIVITIES
1. Diverse Diets
Find out more about the diversity of snake diets based on their habitat by completing the following task. Identify one snake species that can be found around the area where you live. Identify a second snake species that is found in an area that is unlike where you live. Research each snake to find out what they eat. Record their diets on a Venn diagram to show the commonalities and differences in their diets.

2. Extension
Add to the activity above by identifying a third snake species from a different type of habitat to your initial two species. Create a new Venn diagram to include all three snakes.