The body of a humpback whale was washed up on the beach at Mallacoota in eastern Victoria, sparking fears it was famous white humpback Migaloo.

A white whale found washed up on a Victorian beach is not the famous humpback Migaloo.

The dead whale was found on a beach at Mallacoota, in the state’s far east, on Saturday, July 16, sparking fears it was Migaloo, who has not been seen for two years.

But wildlife authorities confirmed on Sunday the dead whale was a young female, whereas Migaloo is an adult male.

Wildlife scientist Dr Vanessa ­Pirotta said the White Whale ­Research Centre team had worked through the night to assess images of the dead whale, finding key features including barnacles* on the throat and patches of darkened skin. 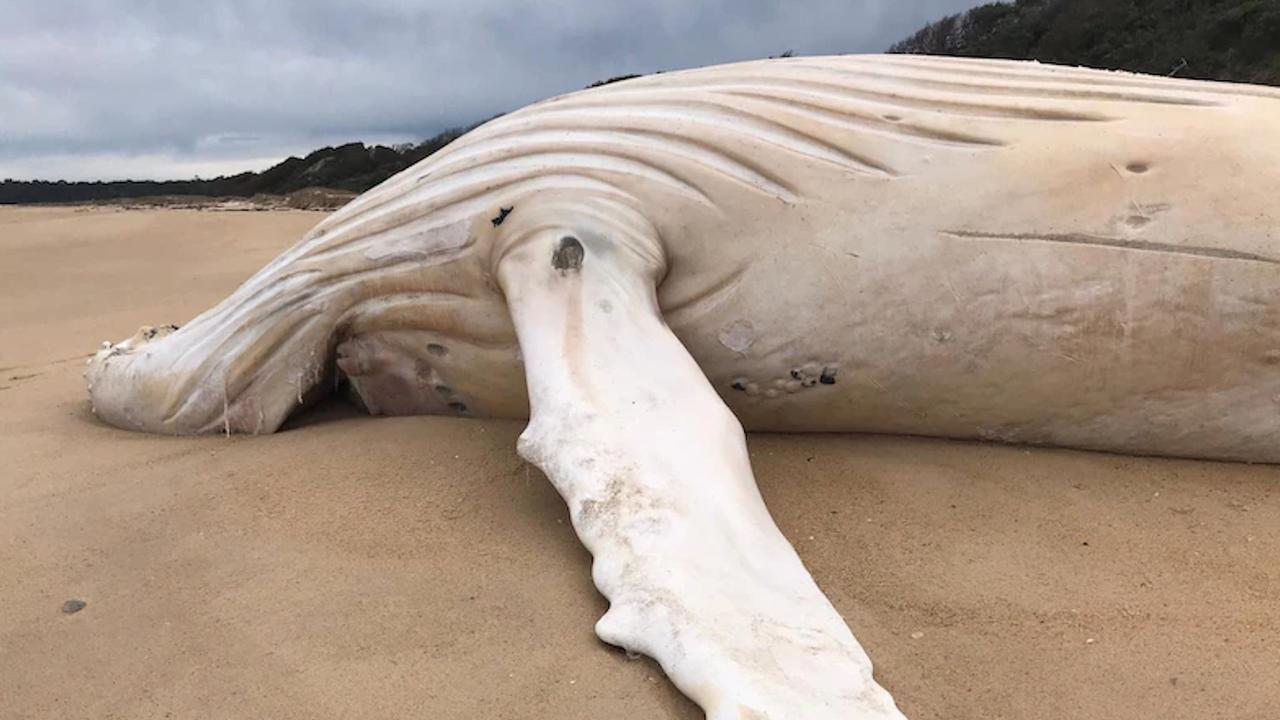 Patches of darkened skin and barnacles on the throat helped scientists establish the dead whale was not Migaloo. Picture: Peter Coles

Department of Environment regional commander Peter Brick said the carcass* would be examined over coming days to learn more.

Part of the assessment will determine the original colour of the whale. Humpback carcasses that have been in the ocean for some time can lose their colour and appear to be white.

Migaloo – meaning “white fella” in some Indigenous languages – was first seen in 1991 off Byron Bay in northern NSW. 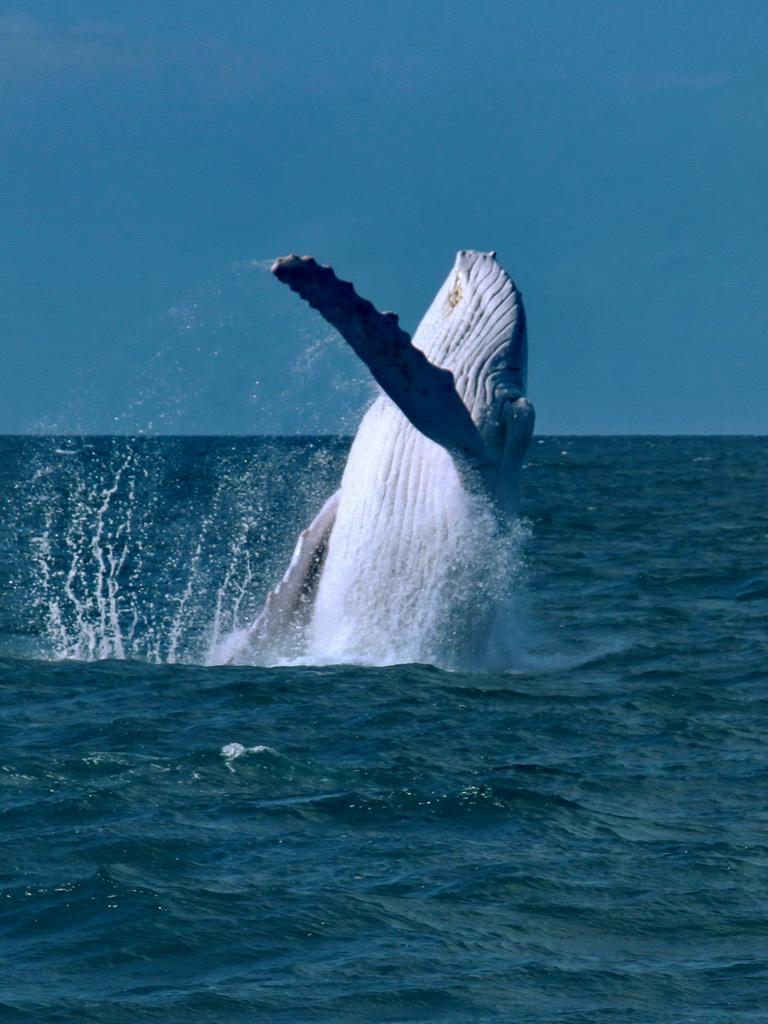 Migaloo breaches out of the water to thrill passengers and crew aboard Silversonic, Quicksilver’s Port Douglas based dive and snorkel vessel, in 2019. Picture: Indepth Photography, Quicksilver

Researchers collected skin samples from Migaloo in 2004 when he breached*. DNA analysis of those samples confirmed he is a male and is believed to have been born in 1986.

A genetic fingerprint for Migaloo was also obtained, allowing researchers to check for relatives.

The 40-tonne, 15m humpback’s appearance is thought to be the result of a variation in the gene responsible for the colour of his skin.

The condition can make life difficult. It can make it harder for whales to absorb heat in colder waters and can cause skin and eye problems. It can also make whales standout to predators.

Migaloo is protected under Queensland and Commonwealth government legislation, prohibiting* boats from being within 500m of him. Migaloo is protected under Queensland and Commonwealth government legislation. Here he shows off his tale to passengers and crew on board the Silversonic dive and snorkel vessel off Port Douglas in Far North Queensland in 2019. Picture: Indepth Photography, Quicksilver

Humpback whales migrate from waters around Antarctica to the Great Barrier Reef and back between May and November, with June and July the high traffic months for whales headed north.

While Migaloo’s colour has brought him international attention, he is not the only white humpback whale. There are three or four other known white humpbacks, although it is not known if they are related.

However, these other whales have some black spots on their body, leading researchers to believe they have a different condition to Migaloo.

CLASSROOM ACTIVITIES
1. Rare whales
What makes Migaloo the whale so special? List these attributes below:

What are the disadvantages of being a rare white whale?

Is it a good or bad result that the dead whale was not Migaloo?

2. Extension
What are some possible reasons this whale passed away? How do you think scientists will investigate this?