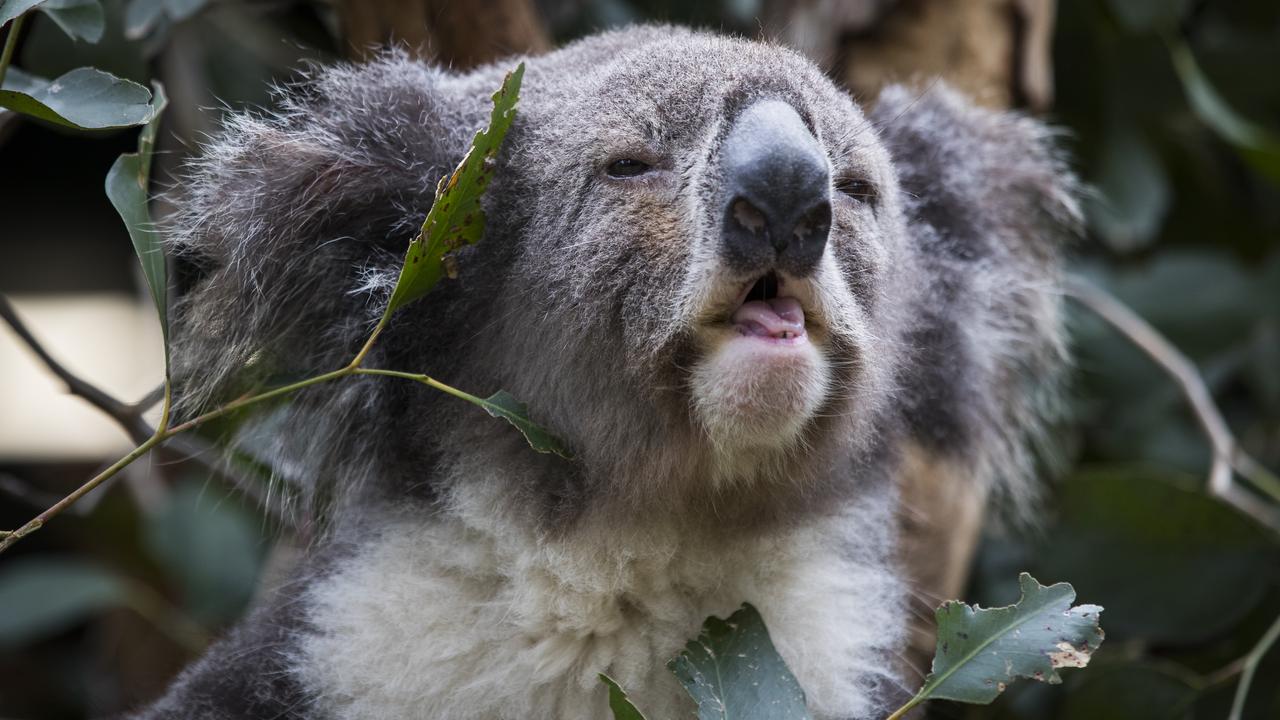 Every koala in Australia will be counted in a first-of-its-kind national census* of the endangered animal to learn exactly where they live.

Environment Minister Sussan Ley unveiled the $2 million national audit* of koala populations on Monday as part of the government’s existing $18m commitment to protecting the species in the wake* of the 2019 Summer Bushfires.

“For all our focus on koalas, scientists are telling us that there is a serious lack of data about where populations actually are, how they are faring* and the best ways to help them recover after the devastating bushfires,” Ms Ley said.

“$2 million from this package will be devoted to filling those gaps, identifying where koala habitat areas can be expanded and establishing an annual monitoring program.”

The remaining funds from the koala package have been dedicated to health research and medical support, restoration of key habitat sites and implementing* better fire planning.

Ms Ley said the koala audit would help direct government and private funding to where it will achieve the most good for the species.

A range of techniques will be employed from scat* monitoring to drone and acoustic* surveys, detector dogs and citizen science surveys.

Threatened Species Commissioner Dr Sally Box said the funding boost came at a “critical time” for Australia’s koalas, after thousands were killed or injured in the bushfires.

“By understanding where koalas are persisting, how they are using the remaining habitat and how they are responding to the fire impacted landscape, we can tailor on-ground efforts to ensure that action is focused where it is needed most,” she said. 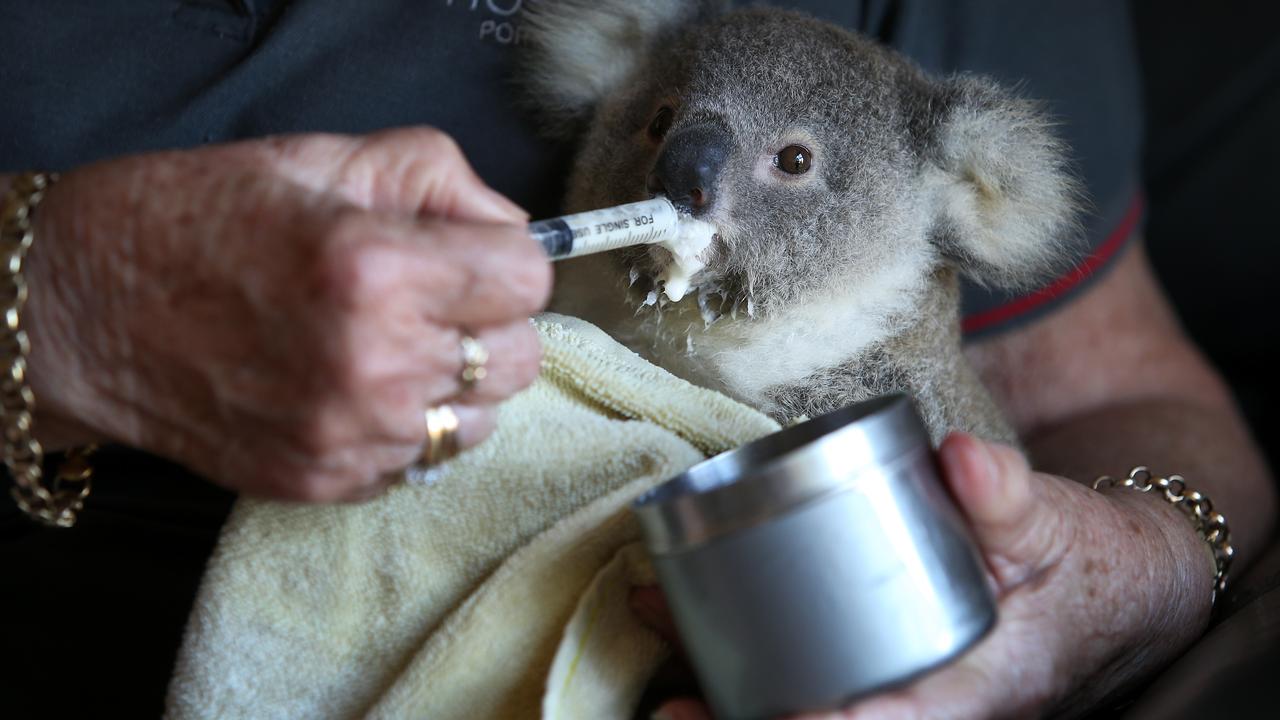 their iconic status, there was still “much to learn” about koalas.

“State and territory agencies, researchers and community groups are collecting much valuable

information but there are still gaps and there is a need for national co-ordination and reporting,” she said.

“This funding boost will build on these efforts, to give us a much better picture on population numbers and trends, in turn enabling us to better target our conservation effort.”

From the funding package a further $2m will be invested in koala health research and veterinary support, tackling challenges such as chlamydia and other diseases that are second only to car strikes in the normal causes of koala deaths.

The remaining $14m will help restore impacted koala habitat in both bushfire and non-bushfire affected areas, particularly in northern NSW and southern Queensland. A young platypus rescued by a WIRES volunteer and brought into the Taronga Wildlife Hospital, NSW. Picture: supplied

CALL TO PROTECT PLATYPUS
Platypus should be nationally recognised as threatened, a study by scientists at the University of New South Wales has found.

The egg-laying monotremes’* geographic range has shrunk since 1990 by about a quarter, according to the study commissioned by the Australian Conservation Foundation and other environmental groups.

It found platypus numbers declined the most in NSW (32 per cent in 30 years), while Queensland’s platypus population declined by 27 per cent.

In Victoria, population numbers overall fell by 7 per cent, but in some areas around Melbourne, numbers dropped by almost two thirds.

Just this month, Victoria changed the status of the state’s platypus population to vulnerable. The study’s authors argue that this should happen nationally.

Threats to platypus include damming and overuse of river water, sediment from land clearing and predators such as foxes.

A warming climate — and related drought, fire and drier habitat — was also a threat to the species’ survival, according to the study. 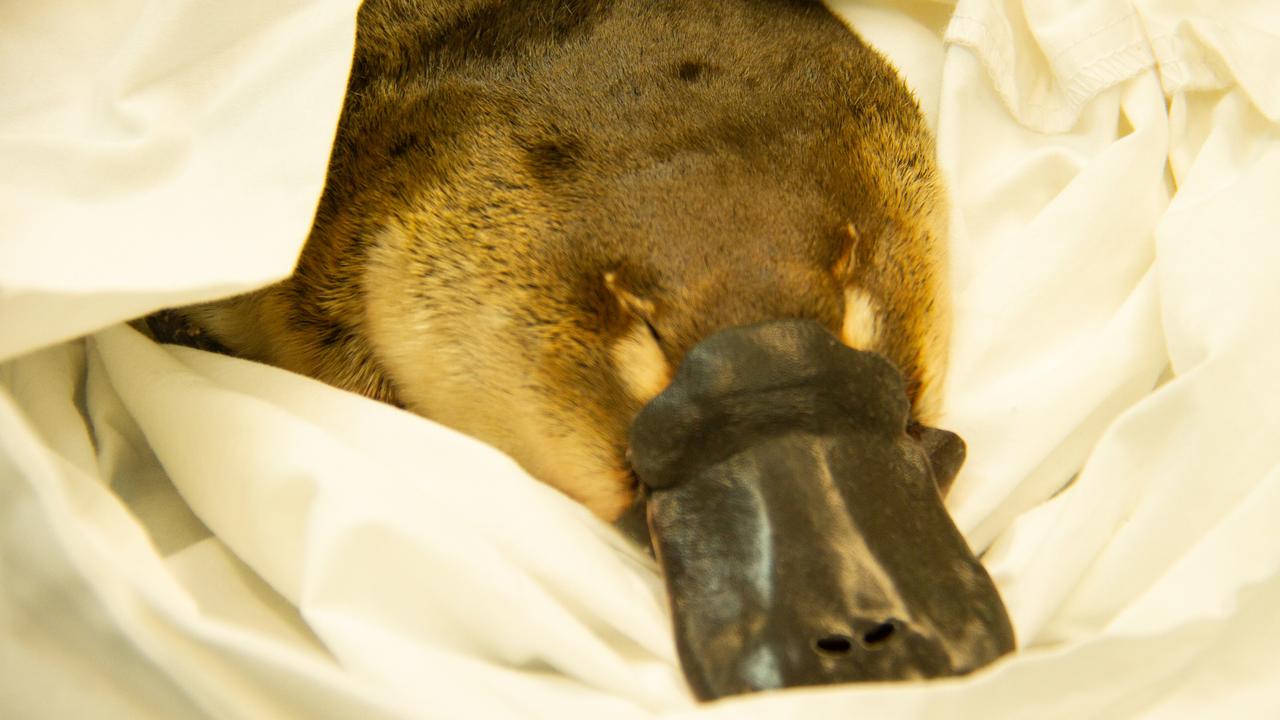 A platypus having a health check at Taronga Wildlife Hospital, NSW, one of three returned to their wild home at Tidbinbilla Nature Reserve, ACT after being looked after at Taronga. Picture: Taronga Zoo

Scientists urge action to save platypus

2. Extension
Two of our iconic Australian animals are mentioned in this article. What do you know about the koala and the platypus? How are they the same and how are they different?

Use your knowledge and some further research if necessary, to create a Venn diagram that compares and contrasts the koala and platypus.