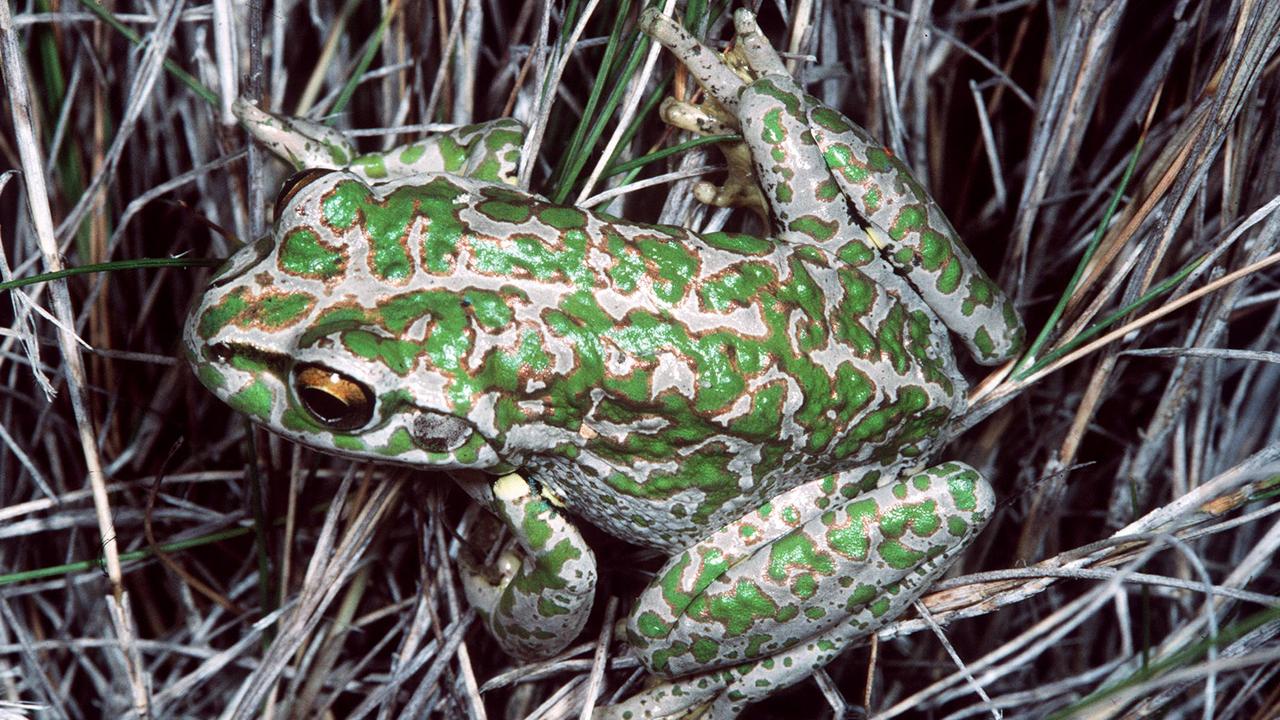 The spotted-thighed frog which is native to Western Australia.

A carnivorous* “hitchhiking” frog has invaded South Australia and scientists are calling for urgent controls to stop its spread.

The colourful spotted-thighed frog has crossed the Nullarbor by car, truck and bus from Western Australia and set up a large breeding population on the Eyre Peninsula in SA.

Frogs need plenty of water to breed and live, so it’s usually difficult for them to spread long distances across dry land such as the Nullarbor.

University of SA scientists Gunnar Keppel and Christine Taylor fear that these frogs, which have the scientific name Litoria cyclorhyncha, may reach a permanent* water supply such as the Murray River and from there spread throughout the nation. 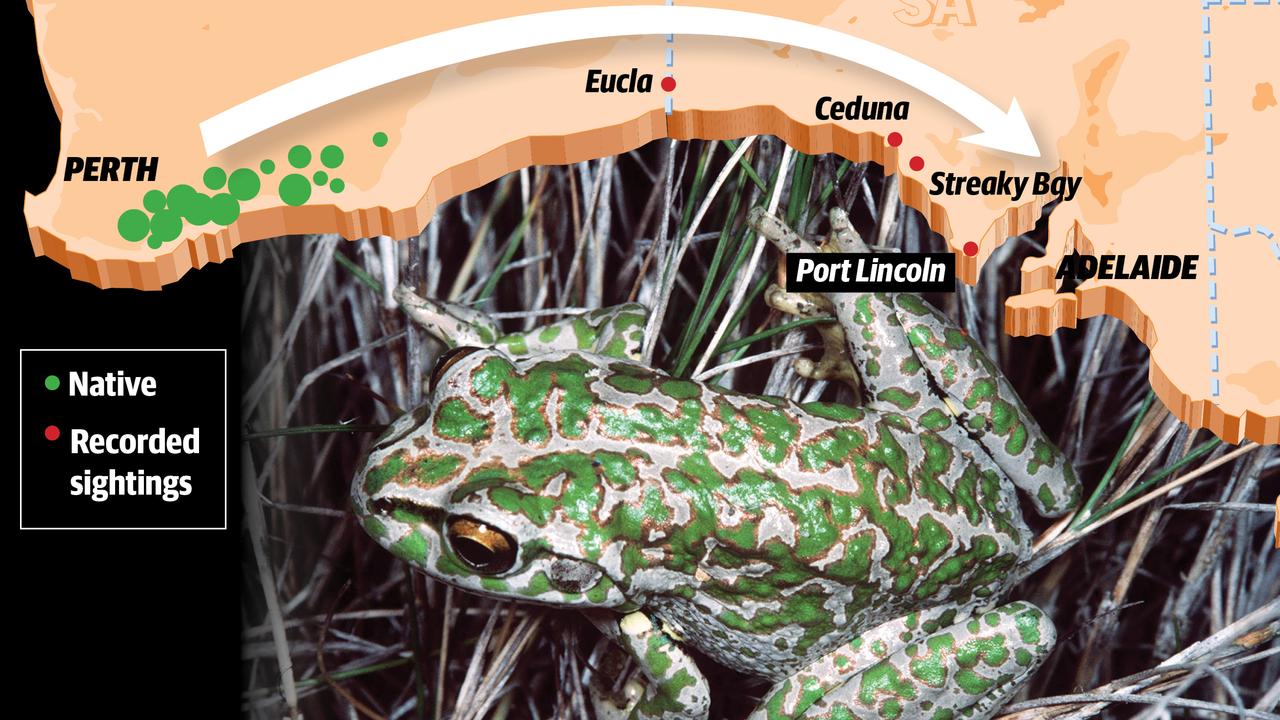 The spotted-thighed frogs — which are dangerous if you’re a spider, insect or even a mouse — are hitching a ride across the Nullarbor. Picture: The Advertiser

In their study published in the journal Transactions of the Royal Society of South Australia, the scientists call for an urgent management plan to stop the national spread of the pests.

“We think there are about 1000 here in Streaky Bay, a population which established* very quickly, and they are a very pretty animal which can hitchhike. They are also like Houdini*, they can get in and out of any space and be transported,’’ Ms Taylor said. The Nullarbor is a flat, dry plain that frogs couldn’t normally cross. The spotted-thighed frogs are catching a lift on cars, caravans, trucks and buses. Picture: istock

“If they get into Adelaide or the Murray Darling system* they will be away, they eat any animal up to a certain size, and we are worried they will also become a hybrid* with other species in the Eastern states.”

Unlike cane toads (see below), which are not native to Australia, the spotted-thighed frog naturally lives in a balanced environment in WA. Professor Keppel said the main concern with the species is that it “eats just about everything” including its own tadpoles*, spiders, insects and even small mice.

“I shudder to think what would happen if it makes it to the Adelaide Hills and the Murray Darling Basin,’’ he said.

“Definitely do not give this animal a lift and if you see it has jumped into your bag do not release it.’’

Professor Keppel said relocating the SA animals back to WA could spread disease, and culling* may be considered.

“It may come to that if there is no way of containing the frogs in Streaky Bay,’’ he said.

Ms Taylor said anyone finding the frogs should contact frogwatchsa.com.au Cane toads, which were introduced to Australia, are poisonous, so their numbers aren’t controlled by predators. Picture: supplied

Tiny bats have a big job

carnivorous: eats meat, such as insects, spiders and animals

permanent: always there, opposite to temporary

Murray Darling system: river system across southeastern Australia including the Murray and Darling

hybrid: a combination of two things

tadpoles: lifecyclestage of frog between egg and frog

culling: reducing how many

amphibians: group of vertebrates including frogs, toads and salamanders

1. How is the frog getting across the dry Nullarbor?

2. How many could be in Streaky Bay?

3. Where is the spotted-thighed frog from?

5. Why can’t native Australian animals prey on cane toads to keep them under control?

Create a “Wanted” poster for the spotted-thighed frog. A “Wanted” poster was used in the olden days and was usually used to find criminals that police or the authorities were looking for. Your poster should contain a description and illustration of the frog and explain why it is wanted, where you might see it and what to do if you find one. An example of how wanted posters used to look a long time ago.

2. Extension: How is the spotted-thighed frog both similar and different to the cane toad?

QUESTION: How do you think the frogs are hitchhiking? Write a public message that tells people how and where to look for the frogs before they cross the Nullarbor.
Explain your answer using full sentences.