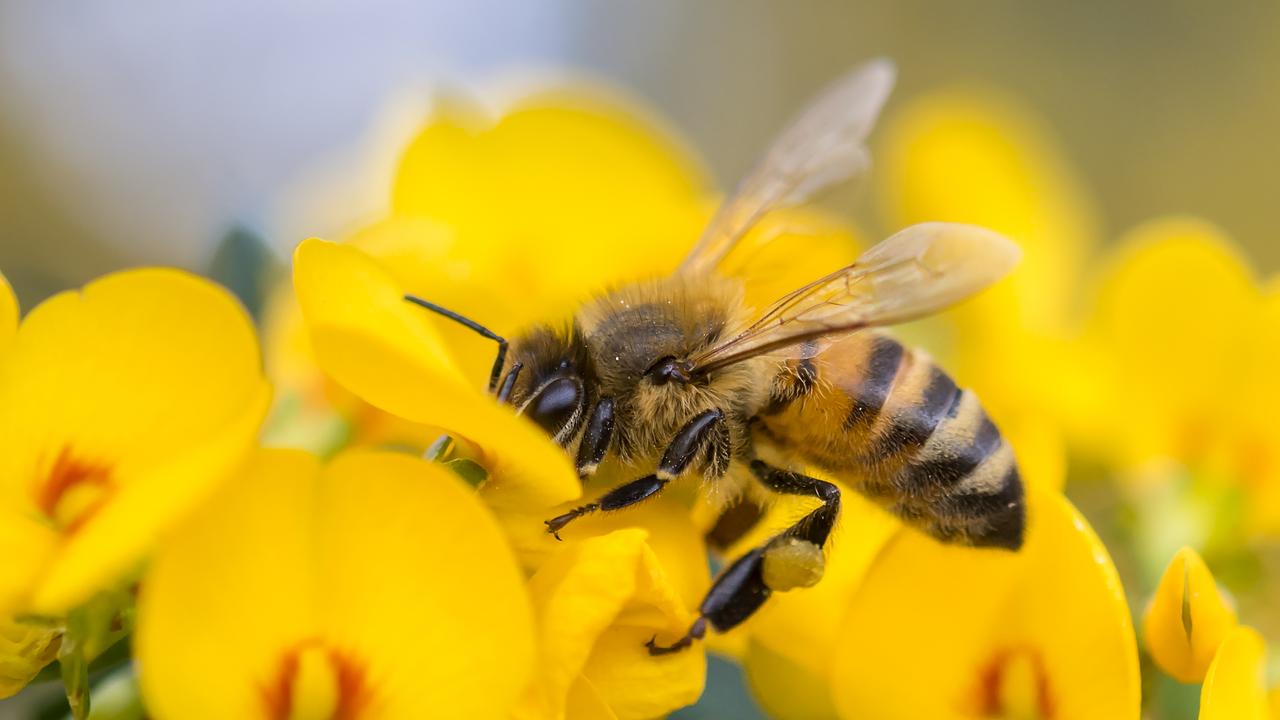 Bee hives are in lockdown across NSW as the government tries to stop the spread of the Varroa mite, which could decimate our local bee populations and cost the honey bee industry $70 million a year. Picture: iStock

A “bee lockdown” has been introduced to limit the movement of hives around NSW after a deadly foreign parasite* was detected last week.

The statewide emergency order, issued on June 26, bans the movement of bees across NSW after the devastating Varroa mite was detected in hives arriving at the Port of Newcastle, about 160km north of Sydney.

A 10km quarantine* zone was immediately put around the port while the hives were destroyed, before the NSW government stepped up its response to include the entire state.

The emergency order came after contact tracing revealed a beekeeper had used equipment from within the 10km quarantine zone on a beekeeping property 450km away at Trangie. 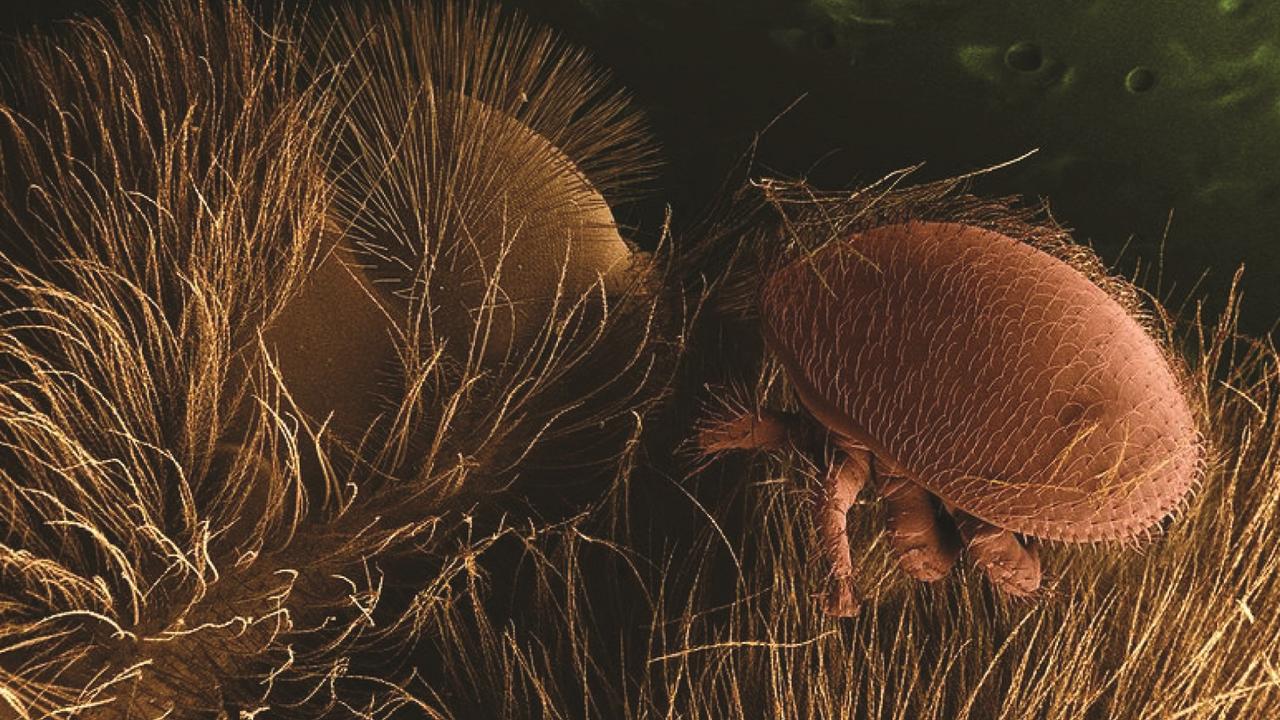 This close up shows a Varroa mite on a bee. Picture: CSIRO

NSW Agriculture Minister Dugald Saunders described the detection of the Varroa mite as “high stakes”, given Australia was one of the few countries in the world not to have the parasite.

“The stage right now is to lock everything down and do the contact tracing,” Mr Saunders said, urging beekeepers to “check your hives” immediately for the mites.

“Whether you’re a hobbyist* or professional beekeeper, if you look at your hives, you know if something isn’t right.” 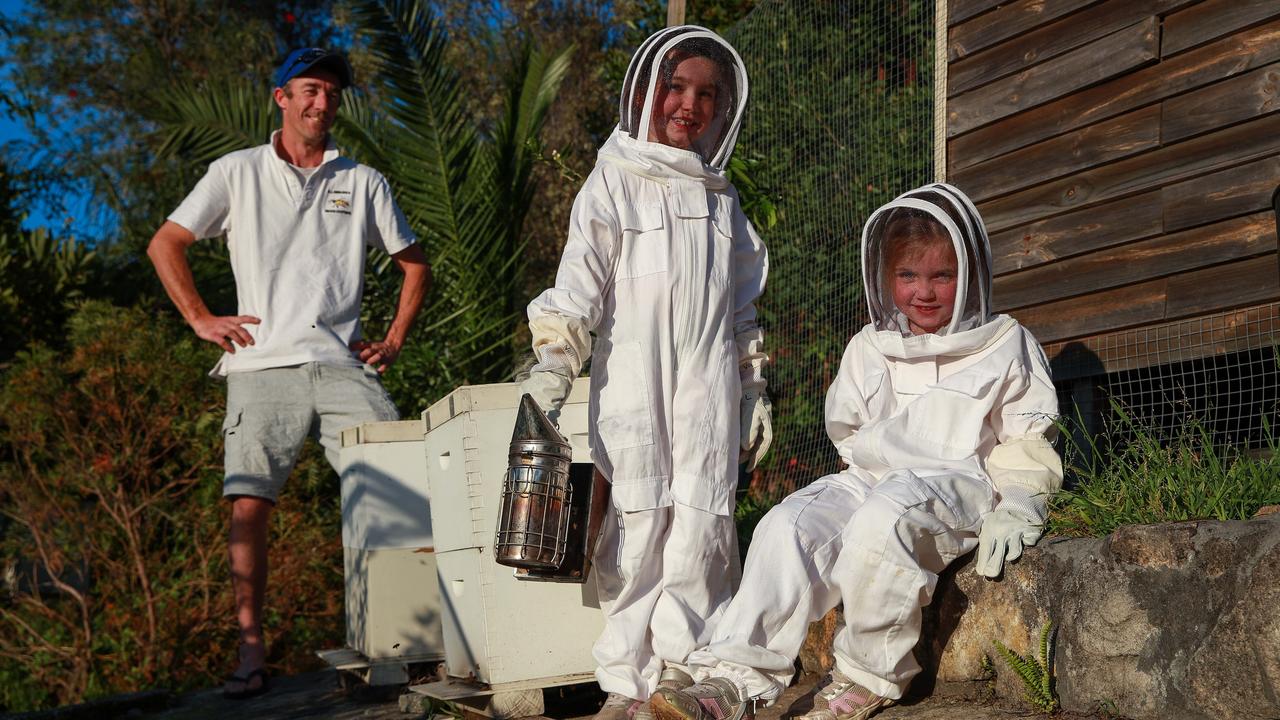 Beekeeper Ben Grant, pictured with Madelyn, 9, and Emily, 7, says the detection of the Varroa mite in NSW is a blow to the industry. Picture: Justin Lloyd

Illawarra-based bee farmer Ben Grant said the detection of the parasite in NSW was a blow to the industry.

“It’s heavy news for us all, it has decimated* bees worldwide,” Mr Grant said.

“It’s so detrimental* to bees and, after that, mankind of course.

“We’ve done such a good job to keep it out of the country.”

University of Sydney physical biochemist Dr Joel Mackay said his team was working to develop insecticides* that would kill the Varroa mite without harming bees.

“In this way, we are hoping to establish a more robust control strategy for when the time comes that Varroa slips through our defences, which have held up pretty well so far,” he said.

“Most insecticides are non-selective – they will kill many insects, not just the ones you’re trying to target – so we are on a quest to change that.”

Taxis jump queue to get queen bees to hives

Plan to save Australian honey bees

CLASSROOM ACTIVITIES
1. Bee safe
What measures do you think beekeepers could take to help protect their hives from Varroa mite? Use your ideas and information in the story to write or create a step by step ‘Bee Safe’ guide.

2. Extension
Farmer Ben Grant says in the story that the mite is “so detrimental to bees and, after that, mankind of course”. Why would losing so many bees be so harmful to humans? Write sentences explaining your ideas and knowledge on this question.

VCOP ACTIVITY
Lockdown the hive!
As the emergency siren in the hive sounds, the worker bees drop their tools and fly straight into action. I hear someone yell, “This is not a drill people, this is not a drill.”

The hive is going into lockdown! What’s going to happen next?