Bear, the rescue and recovery dog, hard at work last summer searching for injured koalas in the wake of the Black Summer bushfires. Picture: Foxtel

Australian scientists are using sniffer dogs to rescue koalas struggling to survive damaging bushfires as they try to avoid a repeat of last year’s high death count of native animals.

Led by Bear, a border collie and Australian cattle dog cross, Detection Dogs for Conservation saved more than 100 koalas in the country’s worst summer of fires in decades from late 2019 to early 2020. About 6000 koalas were killed and thousands of hectares of their natural habitat destroyed. Almost exactly a year since the first fires of that season started, Bear is back, with a focus on Queensland.

“While it is unlikely that we will see bushfires to the scale of last year, we are still preparing for multiple fires that can impact many hectares of koala habitat during the next fire season,” said Detection Dogs founder Romane Cristescu, an ecologist* at the University of the Sunshine Coast, Qld.

“In places such as Queensland and New South Wales, where populations are already declining, every koala counts,” she added. 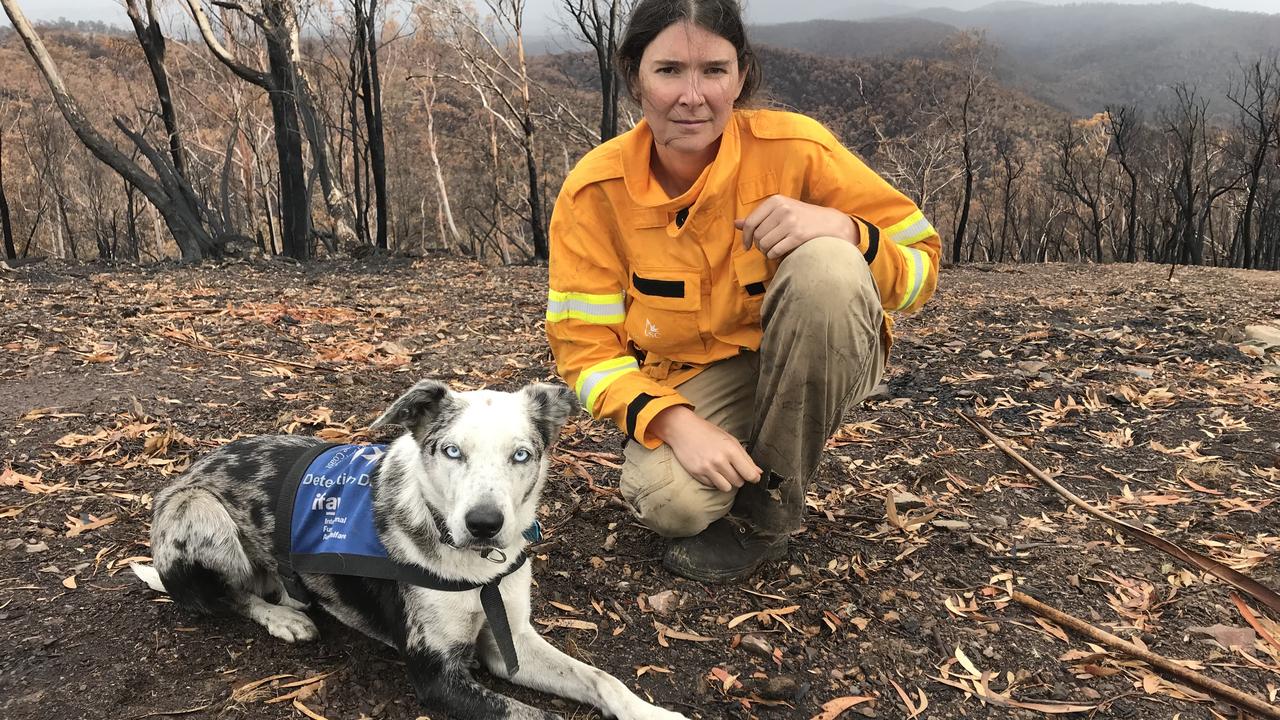 Bear and Dr Romane Cristescu go to work detecting wildlife after the fires.

The Bureau of Meteorology* is expecting a cooler, rainier spring for most of the country, although northern regions, including Queensland, may experience above average temperatures.

CLASSROOM ACTIVITIES
1. Rescue Dogs
Bear is a detection dog for conservation, in this instance helping to save koalas that are struggling after bushfires. As you may be aware, there are a lot of other animals that help out people in many different ways. Work with a partner and fill out the table below with any animals you know that help out others.

Use a table like this to organise your answers.

2. Extension
How could last year’s high death count of native animals during the country’s devastating bushfires affect Australia’s environment in the coming months and years?

HAVE YOUR SAY: What important job would you like to train a dog to do?
No one-word answers. Use full sentences to explain your thinking. No comments will be published until approved by editors.