Macca the young Tasmanian devil gets a bubble bath to remove the oil that seeped into his coat after spending three days trapped in a mechanic’s pit. Picture: Michael Eastwell

A Tasmanian devil has been given a five-star spa treatment after being rescued from an oily pit in a mechanic’s workshop.

Macca the devil got stuck in the mechanic’s pit in the Tasmanian town of Cressy and was covered in oil when he was finally plucked* to safety.

“He was in a mechanic’s pit, a pit below ground level where mechanics can stand and work on trucks,” said Bonorong Wildlife Sanctuary director Greg Irons.

“We believe this devil had been there for three days.” 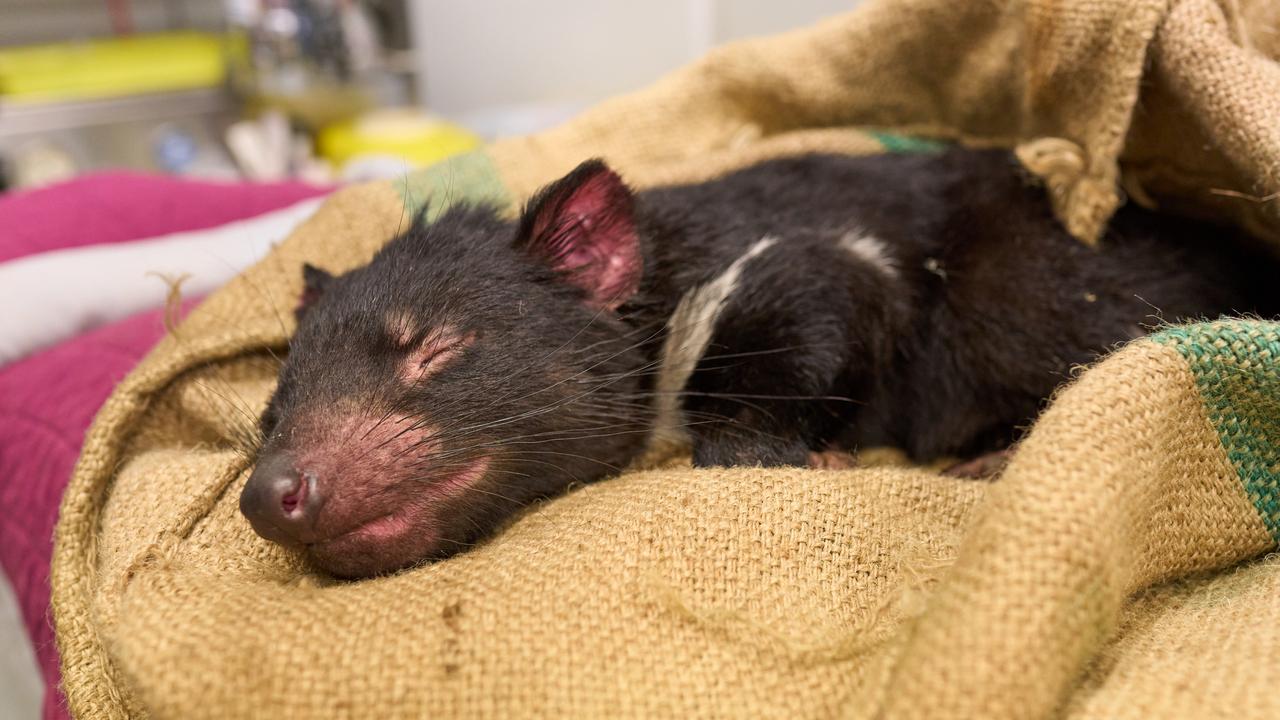 Macca recovers from his ordeal trapped in the oily mechanic’s pit and his spa treatment to remove the oil from his coat. Picture: Michael Eastwell

Mr Irons said the pit contained a mix of water and oil, which could have been deadly if Macca had been able to lick the sludge* from his fur.

“It couldn’t actually lie down and groom itself, that probably saved its life,” Mr Irons said.

“When you picked him up it was like cleaning up a sponge, it was just seeping*.”

Once rescued, young Macca received the five-star treatment to remove the oil, with his rescuers having to watch their fingers.

“Two really good washes and rinses, then he had this really beautiful coat,” Mr Irons said.

“He could have been in a shampoo ad.”

Mr Irons warned that more young devils were out exploring at this time of year and could find themselves in strange places.

“If you’ve got old paint cans and old oil cans, animals will investigate and then clean themselves and then they’ll be dead,” he warned.

“It’s a time to be extra cautious.”

Tassie devils back from the brink in the wild

This cliffhanger has a happy ending

CLASSROOM ACTIVITIES
1. Write a Story
Imagine that you could interview Macca about his experiences. Write four questions that you would ask him. Then, write the answer that you think that he would give you.

2. Extension
Create a poster. The purpose of you poster is to help people understand ways to keep Tasmanian devils safe.