An Australian woman has found a kookaburra for sale in a US pet shop.

Wendy Davidson, an Australian living in the US, found the four-year-old bird advertised for sale for $1700.

Australian laws state that it’s illegal to keep a kookaburra as a pet, but such laws don’t exist in the US state of Virginia, where Ms Davidson found the bird.

Ms Davidson made a trip to the pet store after hearing about the bird, who had been named Thunder. 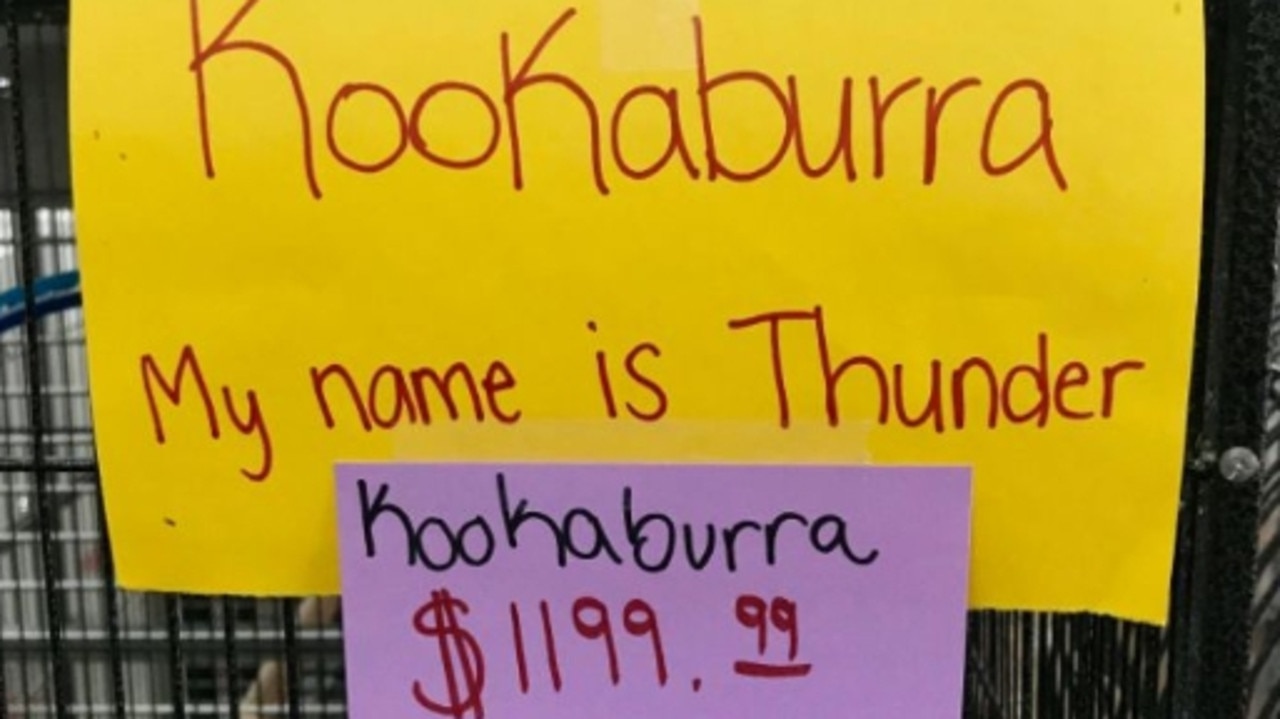 The sign on Thunder’s cage. The price is in US dollars, which equals about $1700. Picture: Wendy Davidson

She then contacted authorities* in the US to see if there was anything that could be done.

“It breaks my heart to see him caged,” Ms Davidson posted on social media platform Facebook. 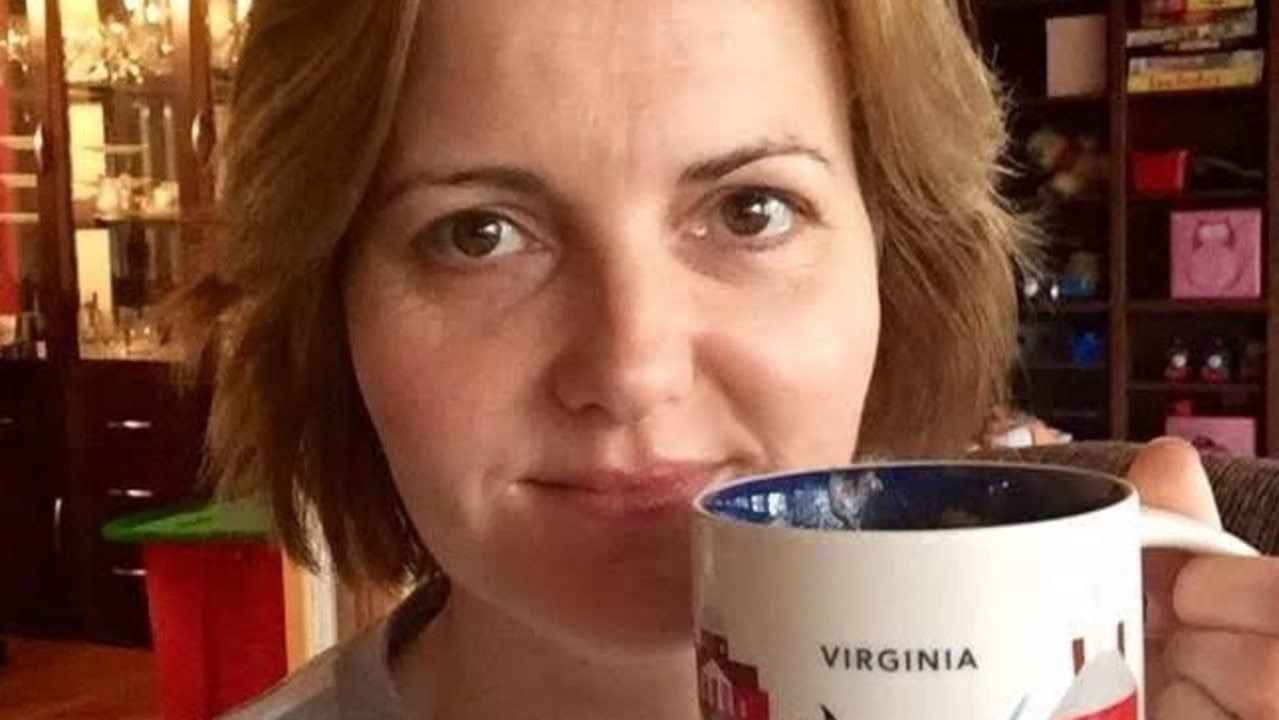 Wendy Davidson, the Australian woman who heard that Thunder was for sale.

While there has been a groundswell* of support to bring the bird back to its native country, Australia’s Department of Agriculture and Water Resources said that wouldn’t happen.

“Unfortunately, it is not possible to bring the kookaburra back to Australia,” a spokesman said.

“This is because we don’t know what diseases it may be carrying or its health history.”

Ms Davidson said she “was deeply saddened to see one of our native protected species in a small cage alone and so far from home”.

“I couldn’t stop thinking about him being a prisoner in solitary confinement*.”

It is not known how the kookaburra came to be for sale in the shop. A baby kookaburra resting in a tree at Manly, NSW. Picture: Suzanne Lawson

There is a range of national, state and local laws about keeping native animals as pets in Australia. In NSW, for instance, it is against the law to catch a kookaburra in the wild. To keep or care for a kookaburra you need a permit, but these are mostly for people who care for a bird that has been injured.

Very few native pets are allowed to be taken out of Australia. The exceptions are six species of native birds, including budgerigars, galahs, sulphur-crested cockatoos, cockatiels and two species of corellas.

No native animals are allowed to leave Australia to be sold, except cockroaches, spiders and pet fish, but they must be from approved sources, meaning you can’t just collect some yourself to take them overseas to sell.

If you have a native Australian animal as a pet and want to take it overseas, you must apply for a permit and must be moving overseas permanently.

ANIMAL TRAFFICKING
Billions of dollars change hands each year in the illegal trade of wildlife around the world.

Birds are the animals most often illegally traded. Turtles, crocodiles, snakes and other reptiles, mammals and insects are also traded.

Some are for pets, some for illegal private zoos and some are to eat or use to make traditional medicines. 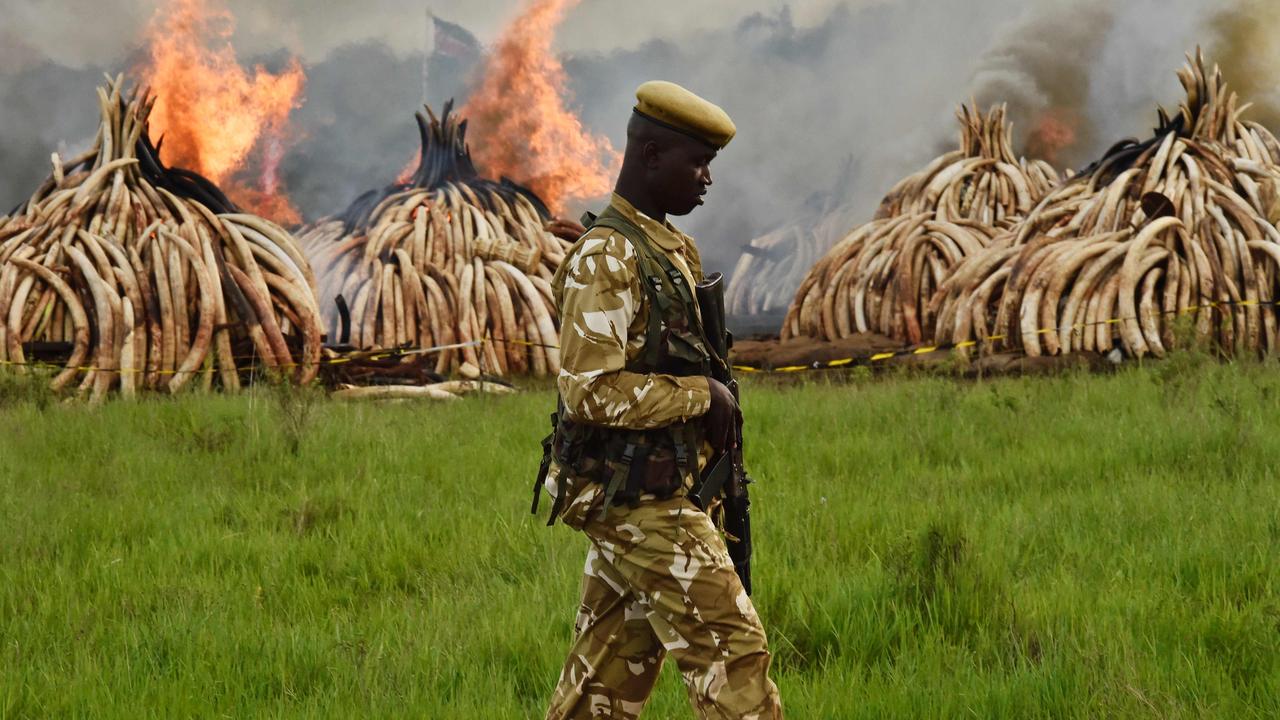 Most countries and organisations such as the European Union and the United Nations have strict rules that prohibit the illegal trade of wildlife.

Selling an animal illegally means it is removed from its natural habitat*, from other animals of its species and sometimes from lifelong mates.

Because wildlife traffickers* don’t want to get caught, the animals are mostly transported in cramped and substandard* conditions and many die in transit*.

Some species that are traded illegally are endangered. It is widely agreed that, after habitat loss, the second biggest threat to endangered species is the illegal wildlife trade.

Day in the life of a wildlife ranger

CLASSROOM ACTIVITIES
1. Rewrite a song.
Put yourself in the position of the kookaburra. So far from home and in a completely different environment to the native Australian bush.

How do you think this kookaburra might be feeling? Write a list of emotions that the bird might be experiencing. Next to each emotion write why you think it could be feeling this.

Using your list from above to help, rewrite the song “Kookaburra Sits in the Old Gum Tree”, so that it tells where this kookaburra is and how it might be feeling. This version will be a sadder version than the original song. You may need to write a couple of verses to capture this poor bird’s plight.

An example could be …

Kookaburra trapped inside the cage

With feelings of sadness and of rage.

Wish you were out and free.

Write a list of reasons why trading wildlife is prohibited. Think about the safety and wellbeing of the animal and the impact on the environment it is taken from and the one it is taken to.

VCOP ACTIVITY
Create a DO NOT KEEP AS PETS poster that includes a labelled diagram of a kookaburra focusing on its distinguishing features (what stands out that is different to other birds).

You need to focus on your vocabulary and be specific by using clear adjectives to describe the kookaburra’s features.

HAVE YOUR SAY: Should Australian animals be allowed to be sold overseas? Give reasons for your answer.
No one-word answers. Use full sentences to explain your thinking. No comments will be shown until approved by editors.