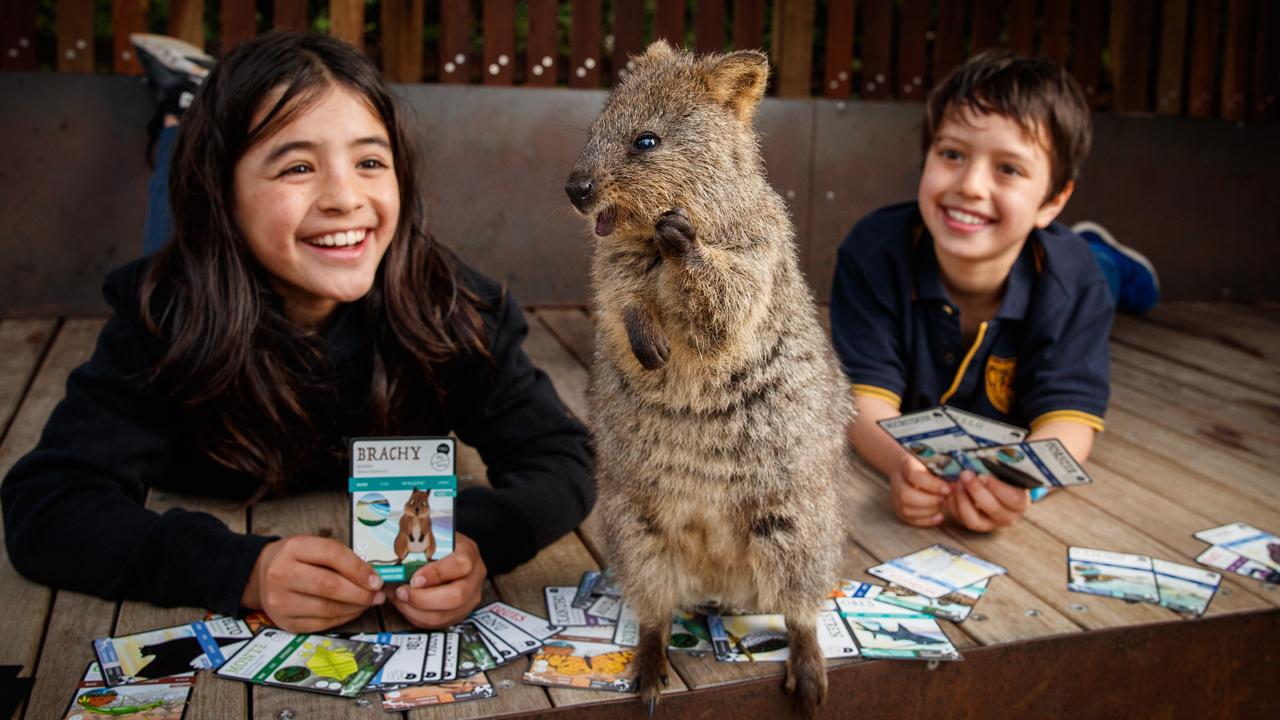 Finley, 11, and Cohen, 9, playing the ANiMOZ Trading Card Game with Kinta the Quokka on August 11 at the Adelaide Zoo. Picture: Matt Turner.

Australia’s critically endangered animals each have a superpower.

They also have their own superhero — a university student who is coming to their rescue with a trading card game.

Joel Howland, 31, of Woodville, South Australia, is studying for a science degree in animal behaviour at Flinders University. In his spare time he created ANiMOZ – Fight for Survival.

The idea behind the card game is to help kids learn about the superpowers these critically endangered animals have and understand how important it is to work to save them from extinction.

“If our future leaders can engage with these species and fall in love with the animals that they then discover are endangered or at risk from human activities, then we’re far more likely to have a generation that cares,” Mr Howland said.

“The only way we’ll fix what’s happening is if people think the environment, and the animals that rely on it, are worth saving.”

The starter pack released in December will be expanded with a series of booster packs.

During August, Mr Howland is inviting everyone to vote for their favourite animal to be included.

“The aim of the vote is to raise the profile of lesser-known animals that are just as in need of help as their more well-known counterparts*, as well as to direct attention to the organisations working to save them,” Mr Howland said.

“The three species with the most votes will feature on their own card in the next release of ANiMOZ packs.”

More than two dozen charities have nominated animals and made their pitch* online.

“As a conservation charity we are helping both species but it is a battle against time,” she said.

“As their populations in the wild are so fragile, we desperately need to raise awareness about these two rare, native species – that’s where ANiMOz comes into play.” 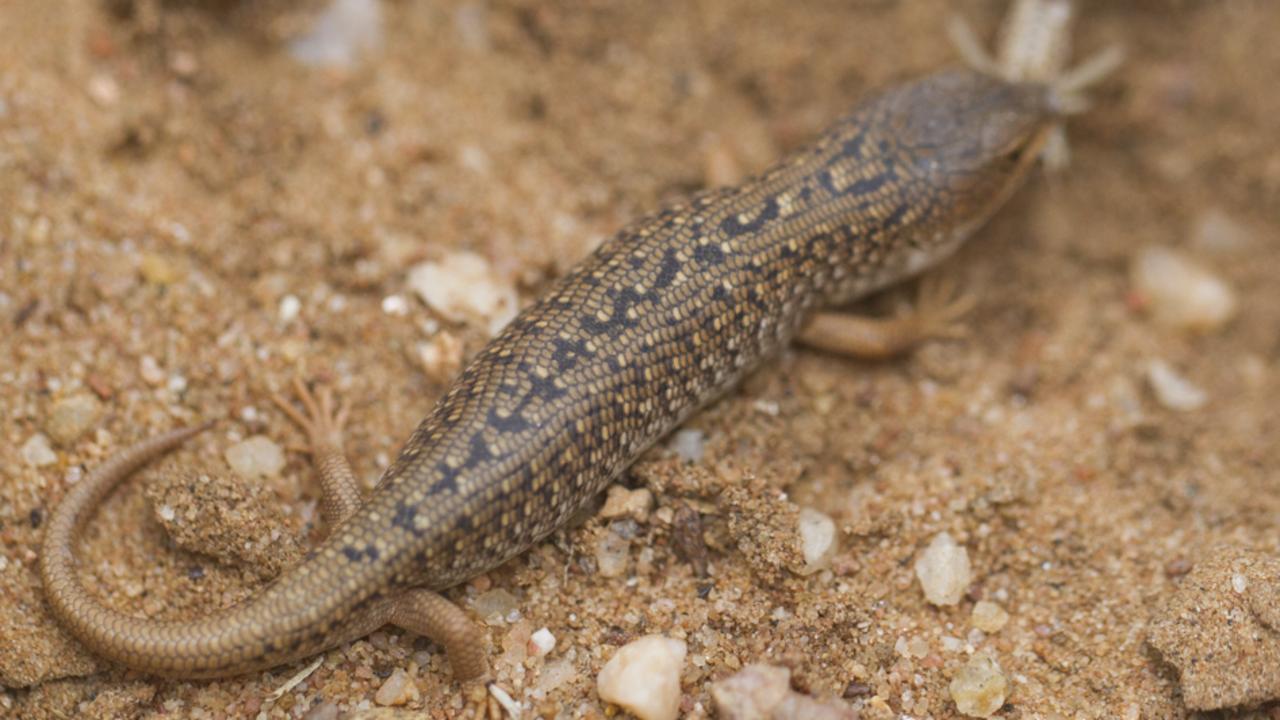 Finley, 11, of Kilkenny has played the game “many times” and says his favourite cards are RiNU the eastern quoll with the power of Nightsight, and GANTEUS the perentie with its Venom superpower.

“I don’t know a single kid who doesn’t like superheroes,” he said.

“The animals’ powers make them seem really cool, which they are, but their powers are not as noticeable, so pointing them out and showing them in a card game can be really fun, to play and experience.”

The Year 6 Kilkenny Primary School student said playing the game has changed his mind about Australian animals, which he used to find boring, and also helped in his school work.

You can vote until August 31 for your favourite animal to be included at https://animoz.world/vote/

CLASSROOM ACTIVITIES
1. Create Your Own Trading Card
Choose an animal that you know a little bit about (it doesn’t have to be endangered but even better if it is) to create your own animal trading card. To make them appealing to kids you should give your animal a cool name, name its superpower (must be something the animal can do) and give some facts about the animal to make it have its own personality.

2. Extension
Work with a partner and brainstorm some ideas of how to advertise and market these cards to make them ‘cool’ to kids and to get them popular and out in the school playgrounds like Pokemon cards etc.

HAVE YOUR SAY: Which animal would you nominate to get its own card?
No one-word answers. Use full sentences to explain your thinking. No comments will be published until approved by editors.