While the world has been in lockdown*, zoos around the country have been welcoming a wave of cute, cuddly and not so cuddly baby animals.

Victoria’s Healesville Sanctuary also saw its female baby platypus, Storm, emerge from her burrow* for the first time and Chimbu the baby tree kangaroo has been entertaining staff with his new-found hopping skills — using his mother’s tail as a skipping rope. Chimbu enjoys some lunch with mum Mani at Healesville Sanctuary. 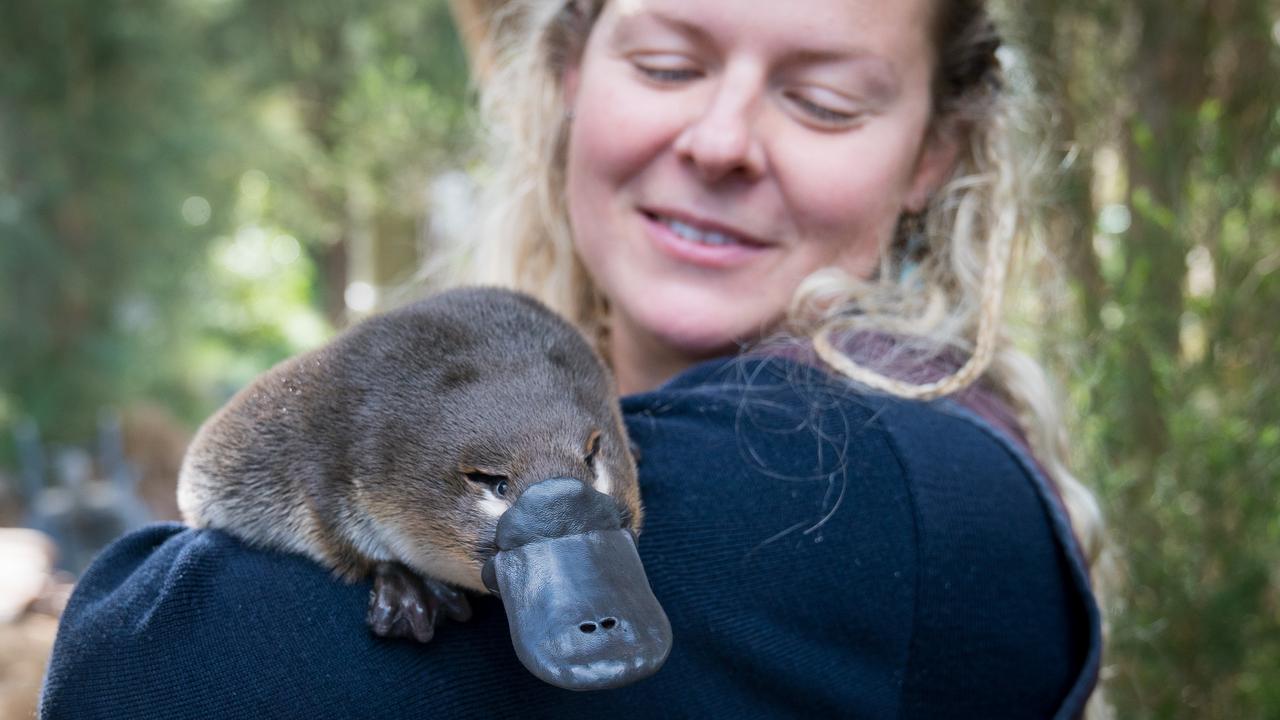 “We love our zoo babies and this year there has been a bit of a baby boom, which has been wonderful, especially for the endangered* species that are part of vital breeding programs,” said Zoos Victoria chief executive Dr Jenny Gray.

“That’s been the case with our Asian small-clawed otter pups and our snow leopard cubs.

“I can’t get enough of the otter pups. We’ve been watching their parents giving them swimming lessons. They are just so adorable, so full of personality.” 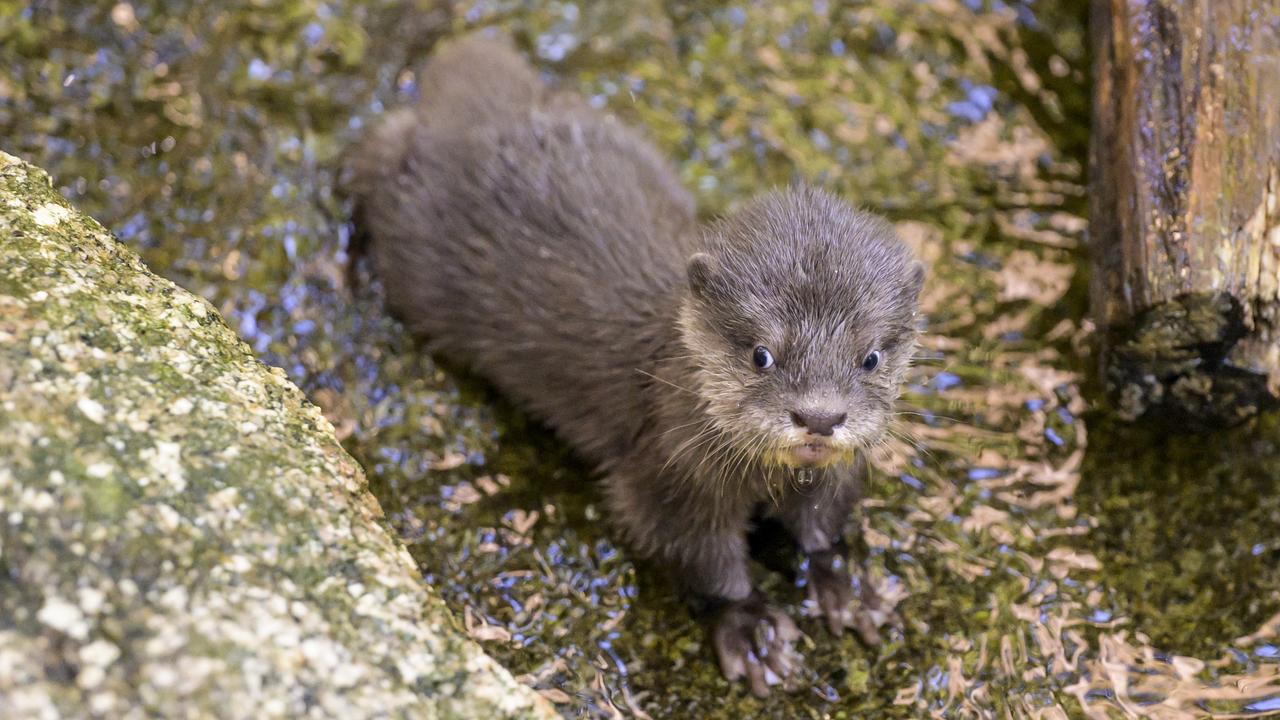 The baby Asian small-clawed otters at Melbourne Zoo are being taught to swim by their parents. Picture: Zoos Victoria

And just like we’ve been hosting Zoom meetings, the otters at Taronga rose to the social distancing challenge, allowing keepers to watch the birth via CCTV cameras.

VIDEO: Check out these cute dingo pups born at the Australian Reptile Park on the NSW Central Coast last year

Taronga Zoo Sydney has been treated to double the joy with the birth of twins Santiago and Matteo, two critically* endangered cotton-top tamarin monkeys.

The twins have spent much of their life being cared for by their dad and older brother, with male tamarins often doing most of the parenting. Of course, if you’re going to be born during a global pandemic, it’s only fitting to be named accordingly. A baby male hippo born at Taronga Western Plains Zoo on April 15, 2020, is looking for a name. Picture: Taronga Zoo

If you want to get involved in the fun, Taronga Western Plains Zoo is running a similar contest to name its male hippo calf. Stay tuned to the zoo’s social media for details.

KEEPER CARERS
Sadly, not all baby animals in captivity have a parent to raise them. Some might be rejected* by their mothers, while others join the zoo after being found injured or orphaned* in the wild. That’s where the devotion* of keepers comes in.

Adelaide Zoo keeper Michelle Birkett, 34, is no stranger to playing mum to all sorts of species.

Most recently, she’s been co-parenting and hand-raising a greater bilby called Gibs, part of the zoo’s threatened species breeding program. “We often have to take the animals home, so it is taking your work home with you, but it’s not something any of us really mind,” Ms Birkett said.

“Depending on the animal, some of them have to be fed through the night, almost like a human baby, so sometimes we have very tired keepers who’ve been getting up a couple of times a night to feed their babies.” Gibbs the greater bilby has been hand-raised by keeper Michelle. Picture: Zoos SA

Gibs stayed with Ms Birkett for almost a month, and other than some noisy digging at night, was the perfect house guest … unlike the owls she hand-raised last year.

“That was pretty crazy, having two owls in my house,” she said.

“Being animals that can fly, it was a bit different. They liked to sit on top of my TV and on top of the curtain rods.”

Thankfully her partner is also an animal-lover, but she does concede* the owls might have been “pushing it”.

“Considering that we had to store dead mice in our fridge, that probably was pretty close to a deal breaker,” she said.

CLASSROOM ACTIVITIES
1. Profile an animal
Choose one of the animals that is mentioned in this news story to research further. Create a one-page profile about your chosen animal that includes all of the most important information about that animal and a picture or drawing of it. Suggested information to include: scientific name, endangered status, countries/areas it is native to, habitat, food, life expectancy, physical description, breeding habits, etc.

2. Extension
Would the animal you researched make a good pet? Think about what might be required to care for such an animal and whether the benefits of owning one would outweigh the negative aspects. Write a paragraph (or more) to explain your reasoning on whether this is a pet you would or would not like to have.

HAVE YOUR SAY: What is your favourite animal at the zoo?
No one-word answers. Use full sentences to explain your thinking. No comments will be published until approved by editors.