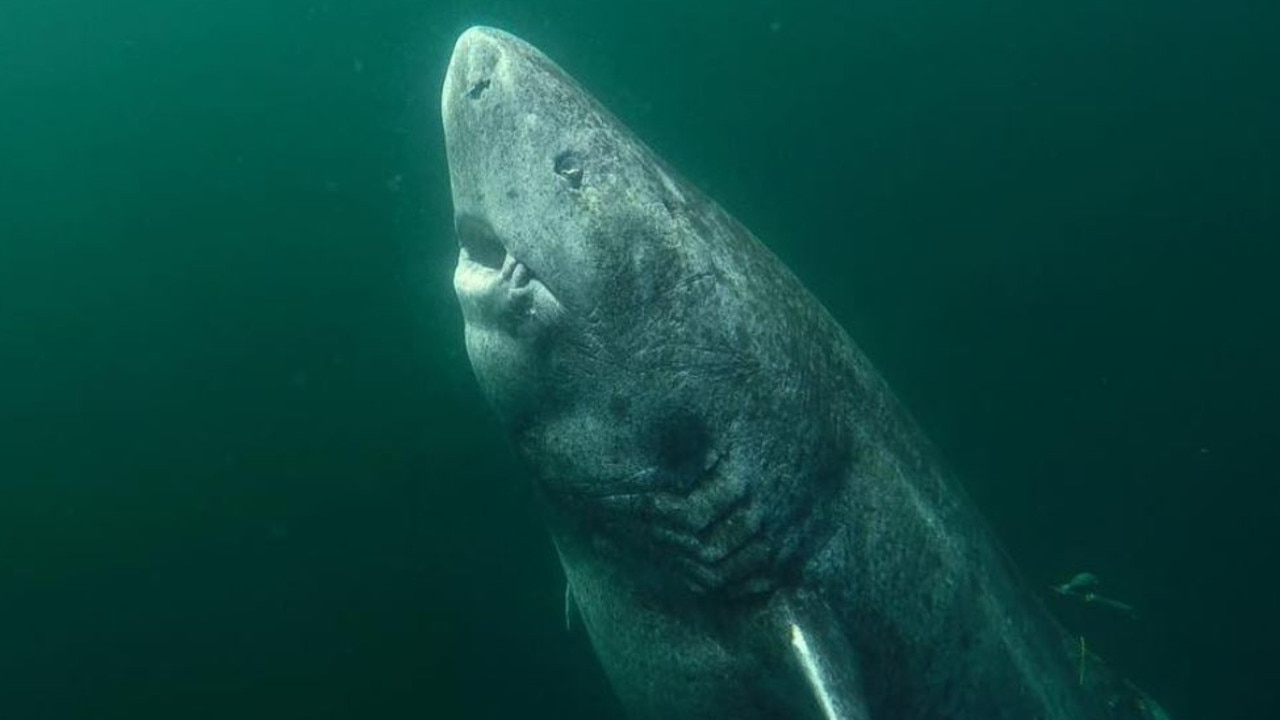 The Greenland shark spends most of its time deep underwater but comes to the surface to feed on large mammals. Picture: @JUNIEL85/Instagram

Scientists believe they have found the world’s oldest living vertebrate*.

The massive Greenland shark was found in the North Atlantic Ocean by scientists who estimated it to be up to 512 years old.

Greenland sharks, which only grow 1cm a year, have been known to live for hundreds of years.

The scientists used the shark’s size to suggest its year of birth as early as 1505, when King Henry VIII ruled England, Leonardo da Vinci was painting the Mona Lisa, Christopher Columbus was exploring and before Michelangelo began painting the ceiling of the Sistine Chapel in Rome. The shark could be as old as Michelangelo’s fresco The Creation of Adam on the ceiling of the Sistine Chapel in Vatican City, Rome. Picture: Getty Images

Experts used its 5.5m length and radiocarbon dating* to determine its age as somewhere between 272 and 512 years old, according to a study published in the journal Science.

It was the oldest of a group of 28 Greenland sharks studied.

Greenland sharks mostly eat fish but they have never been observed hunting. They have been found to have remains of reindeer and even horses in their stomachs.

They are considered a delicacy* to eat in Iceland, but the meat is toxic if not correctly treated. A separate study of the ancient shark’s bones and tissues* by the Arctic University of Norway may also provide clues about the effects of climate change and pollution over a long time span.

The researchers have mapped out all the shark’s mitochondrial DNA, which is genetic* material held in tiny battery-like compartments in cells that supply energy to the body.

Now they are working on DNA from the cell nucleus*, which contains most of the animal’s genes*.

VIDEO: A 2016 news report earlier in the project to study the 28 Greenland sharks

The “long life” genes could help us understand why most vertebrates have such a limited life span compared to some other living things and what decides life expectancy* in different species, including humans.

Professor Kim Praebel, who is leading the research, said the sharks were “living time capsules” that could help shed light on human impact on the oceans.

Many were so old they predated the industrial revolution* and the introduction of large-scale commercial* fishing.

“The longest living vertebrate species on the planet has formed several populations in the Atlantic Ocean,” said Prof Praebel, who was speaking at a conference at the University of Exeter, UK.

“This is important to know, so we can develop appropriate conservation actions for this important species.” 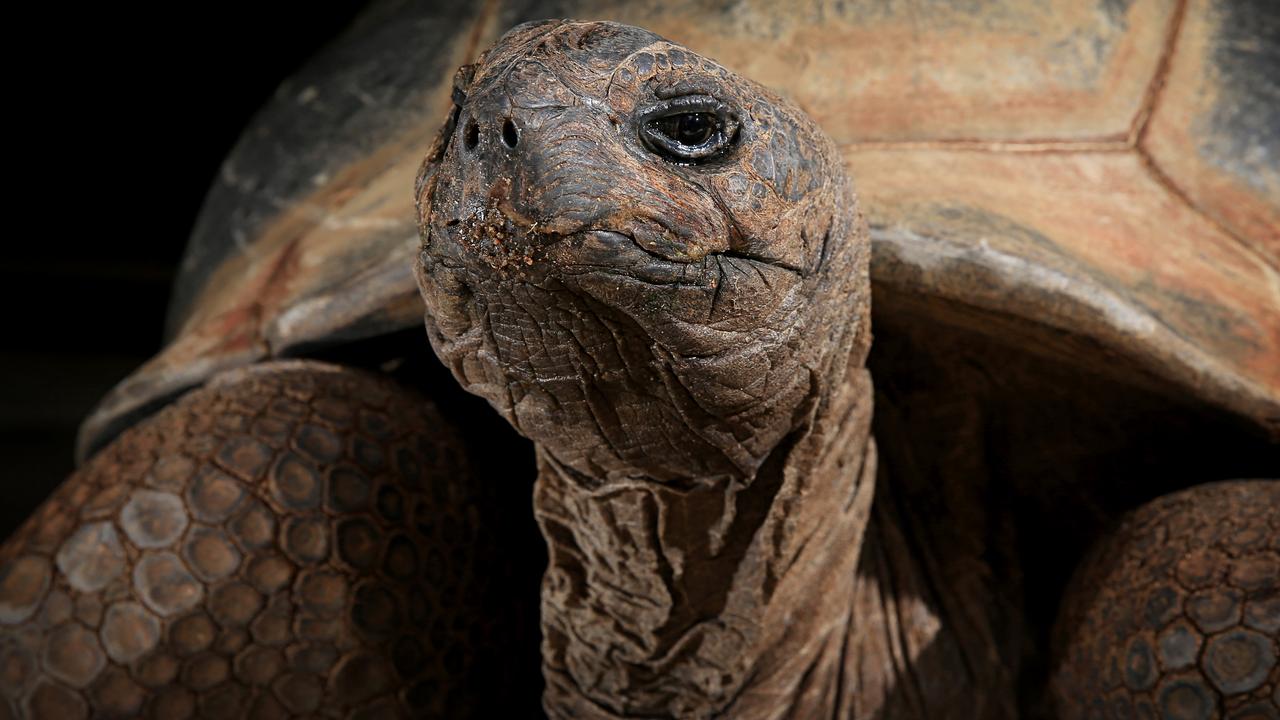 Esmeralda the aldabra giant tortoise, the oldest resident of Taronga Zoo, NSW. She arrived at the zoo in 1947 and is believed to be more than 100. Picture: Toby Zerna

THE LONGEST-LIVING THINGS
Aldabra giant tortoise: Species has been known to live to up to 255 years old, making it the oldest terrestrial (land) animal in the world.
Glass sponges: Found in the East China Sea and Southern Ocean. Examples have been found that are more than 10,000 years old.
Great Basin bristlecone pine: One tree is the oldest in North America at 5067 years old.
Endolith: A microscopic organism that lives inside rock. In August 2013, researchers found evidence of endoliths on the ocean floor perhaps being millions of years old.
Hydra: An ocean species that does not age, making it technically immortal.
Creme Puff: The oldest known domestic cat, who died in Austin Texas, US in 2005 aged 38 years and three days.
Jeanne Calment: French great grandmother who died at 122 years and 164 days in 1997. She outlived both her daughter and grandson by several decades.

This article originally appeared on The Sun and was reproduced with permission. CLASSROOM ACTIVITIES
1. How Did It Happen?
As you have read in the story, Greenland sharks have been found to have remains of reindeer and even horses in their stomachs”. How do you think a shark could have been able to eat these land animals? Write down as many ideas as you can.

2. Extension
Design special birthday cards for TWO of the world’s longest-living creatures. Include words, like a poem or a birthday wish that describes how special the creature is.

You may then like to create a file on your favourite animal to compare. HAVE YOUR SAY: If you could time travel to 1505 for a day, what would you like to look at or do?
No one-word answers. Use full sentences to explain your thinking. No comments will be published until approved by editors.